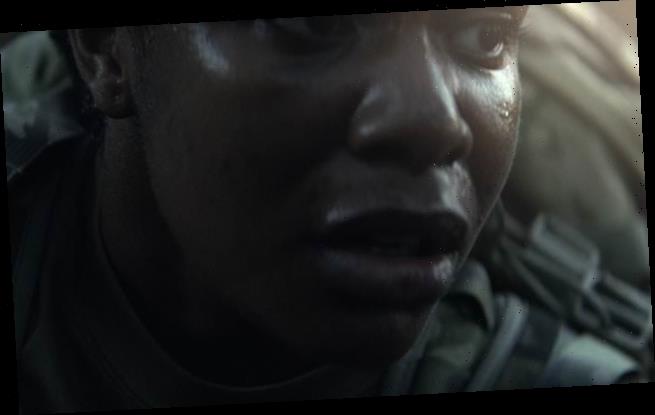 The Army is telling would-be soldiers it is OK to fail, in its latest drive to enlist the ‘snowflake’ generation.

A £2.8million television, radio and social media campaign unveiled today shows recruits struggling on the battlefield and says failure is the ‘first step towards victory’.

One TV advert shows a white male soldier face down in the mud while another features a black female struggling to keep up on a training march. A second ad says: ‘What’s the first step towards victory? Failure. You fail, you learn, so you can win when it really matters.’ 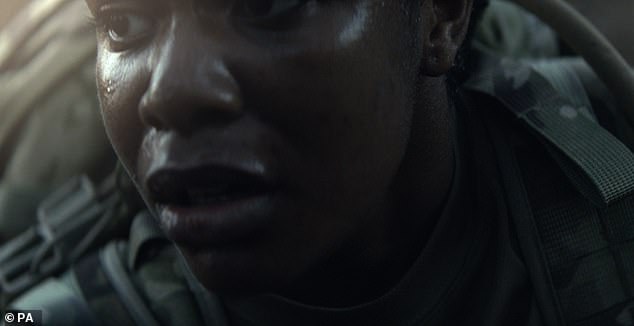 A £2.8million television, radio and social media campaign unveiled today shows recruits struggling on the battlefield and says failure is the ‘first step towards victory’

The Army said: ‘The new campaign shows how it is only by failing, learning and growing that soldiers can become their best.’

It comes after a series of recruitment drives targeting sensitive millennials, including one which told would-be soldiers it was fine to cry.

Applications to join the Army are at a five-year high. Last year, 9,404 regular soldiers were recruited, hitting the target for new members.

The Army said it was on track to reach its target this year as well despite a temporary pause in training due to the pandemic. It is also trying to sign up more women, and black and ethnic minority recruits.

Applications to join the Army are at a five-year high. Last year, 9,404 regular soldiers were recruited, hitting the target for new members

Army research found 81 per cent of young people do not achieve their goals because of a fear of failure. And 76 per cent admitted it held them back when taking on challenges. The Army wants to combat the idea that failure is a weakness ‘to be avoided at all costs’.

The new radio adverts show soldiers can achieve their full potential when training hard enough, aiming high enough and pushing themselves far enough. One with a fear of public speaking embraces her mistakes, while another soldier fails to create a stable satellite connection and a reserve struggles to speak while swimming in bulky gear.

Lieutenant General Sir Tyrone Urch, commander of the Army’s Home Command, said: ‘In a uniquely demanding year for us all, it has been remarkable and really encouraging to see the huge numbers of talented young people looking to join the Army.

‘The 2021 “Fail. Learn. Win.” campaign will take us forwards again. At its core it reminds us that in the Army we are proud to train to the point of failure, so we can learn and grow. That’s the way we nail it when it really matters. Aim too low and succeed? No thanks. We’re the British Army. Be the best.’

The campaign is the fifth in the ‘This is Belonging’ series developed by ad agency Karmarama.

Last year’s recruitment drive broke the record for the highest number of applications in a day.