An armored truck security guard was fatally shot in the face by “brazen” robbers who attacked him in broad daylight outside a Houston fast-food restaurant, authorities said.

Francis Hazzard, a Loomis Cash Handling Company security guard, was caught on video coming out of a Popeyes when he was attacked at about 1:40 p.m. Thursday, Houston police said.

The three suspects, all armed with guns, approached Hazzard, who had left the restaurant with a black money bag. As they struggled over the bag, one suspect shot Hazzard in the face, police said. 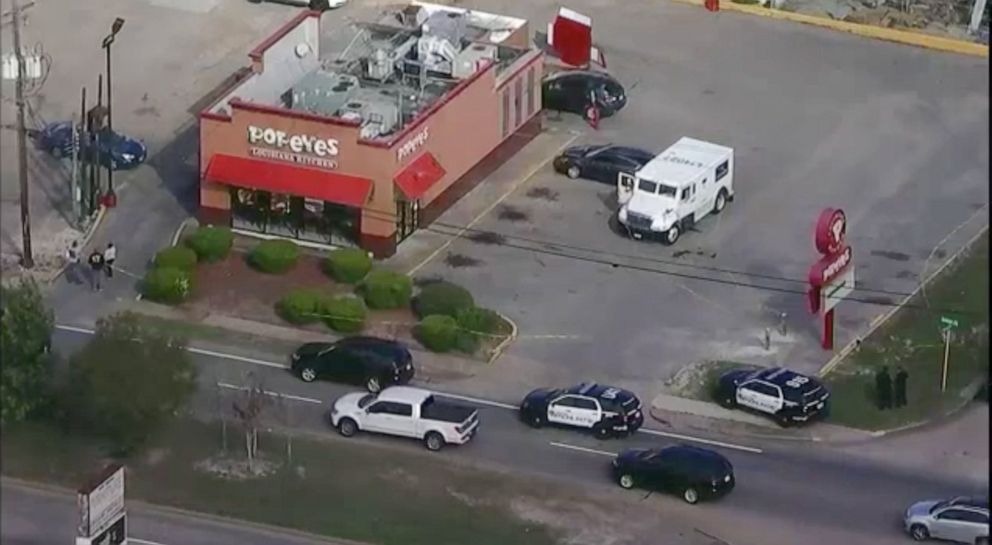 Hazzard, 68, died at the hospital.

The suspects grabbed the bag of money and fled; it is not clear how much money they took, Houston Police Department Assistant Chief Pedro Lopez said. 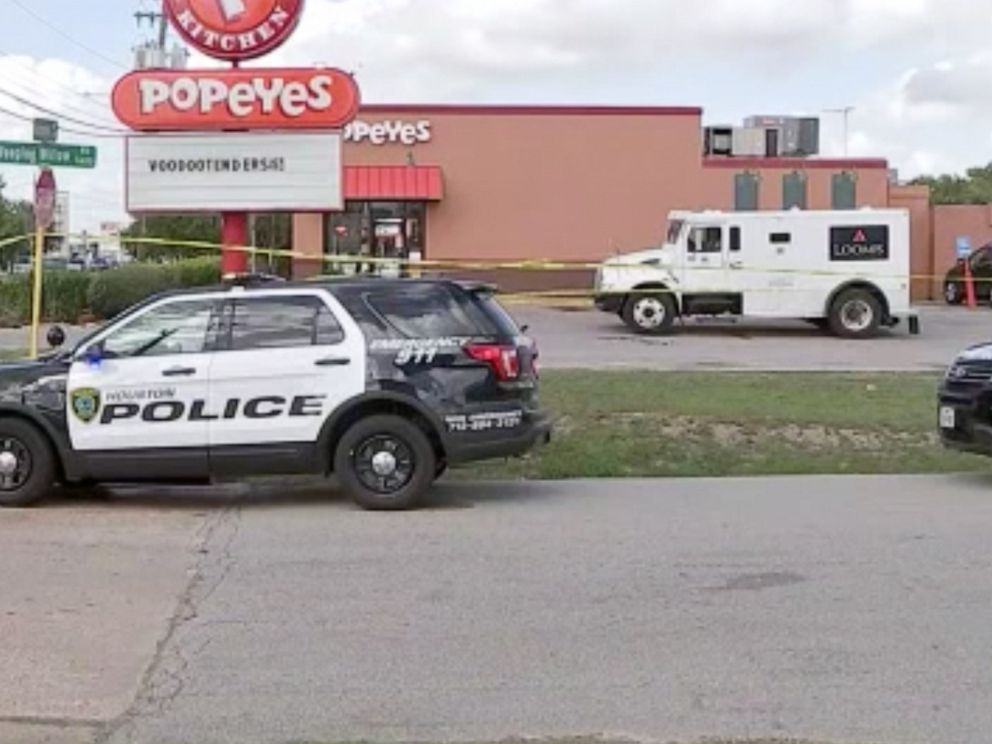 “Who would commit a robbery at 1:30 in the afternoon?” he said at a news conference Thursday.

The victim had a gun but it is not clear if he returned fire, police said Thursday.

Hazzard was a passenger in the armored truck. Police did not comment on where the driver of the truck was at the time of the attack. A representative for Loomis did not immediately respond to ABC News’ request for comment.

The manhunt for the attackers is ongoing.

All three suspects fled in an SUV, which was later recovered and determined to be stolen, police said. It’s believed the suspects then fled in a 2014 black Chevrolet Impala.

The FBI and ATF are involved in the investigation.