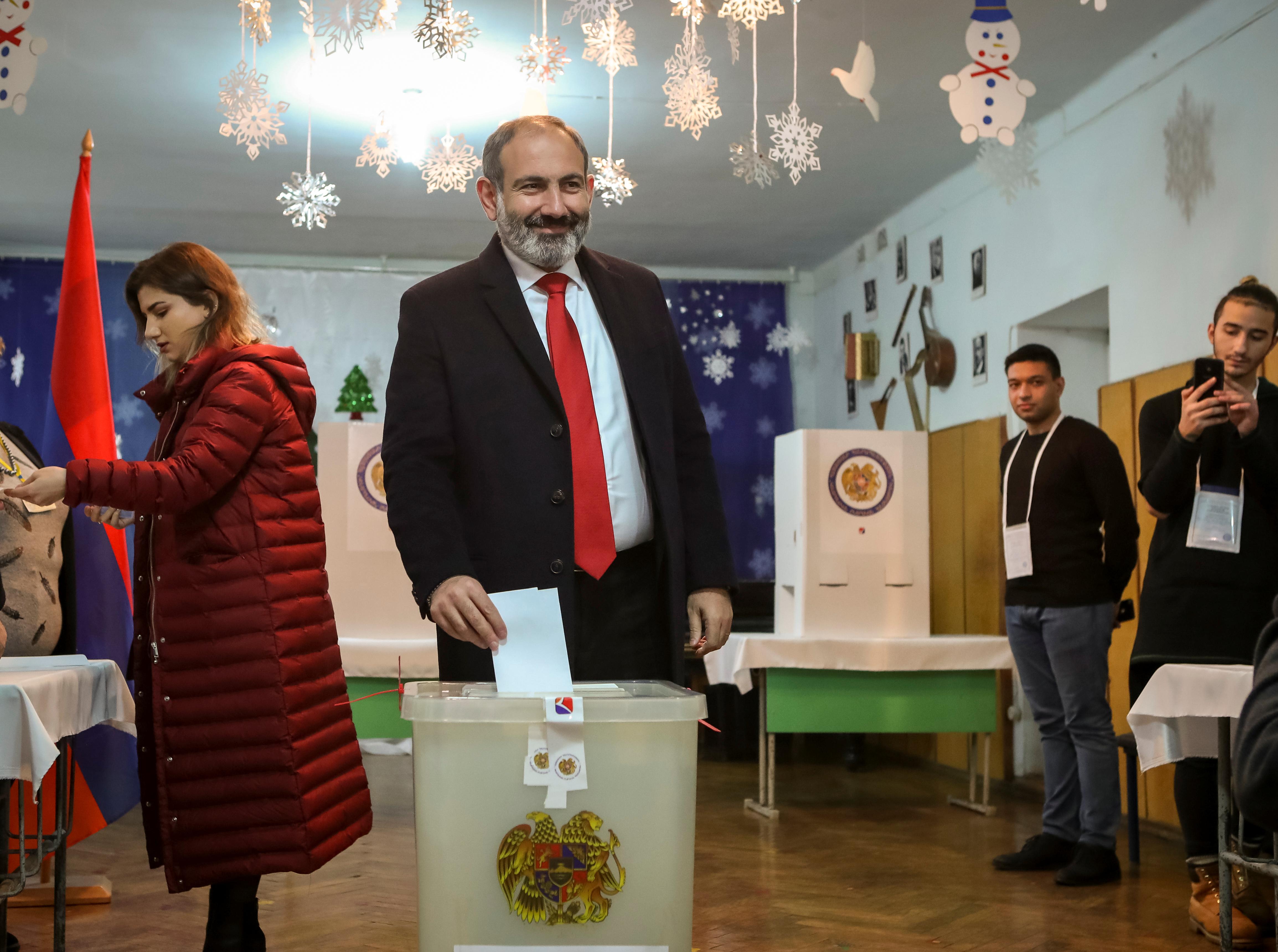 YEREVAN (Reuters) – Armenia’s acting prime minister, Nikol Pashinyan, is on his way to bolstering his authority as his political bloc appeared to have taken a clear lead in elections in the ex-Soviet country on Sunday, the Central Election Commission’s (CEC) preliminary results showed.

My Step Alliance, which includes Pashinyan’s Civil Contract Party, won over 70 percent of the vote based on results from more than 50 percent of the polling stations, the CEC said on its website.

Results showed that two moderate opposition parties got enough votes to enter parliament as they had cleared the 5 percent threshold.