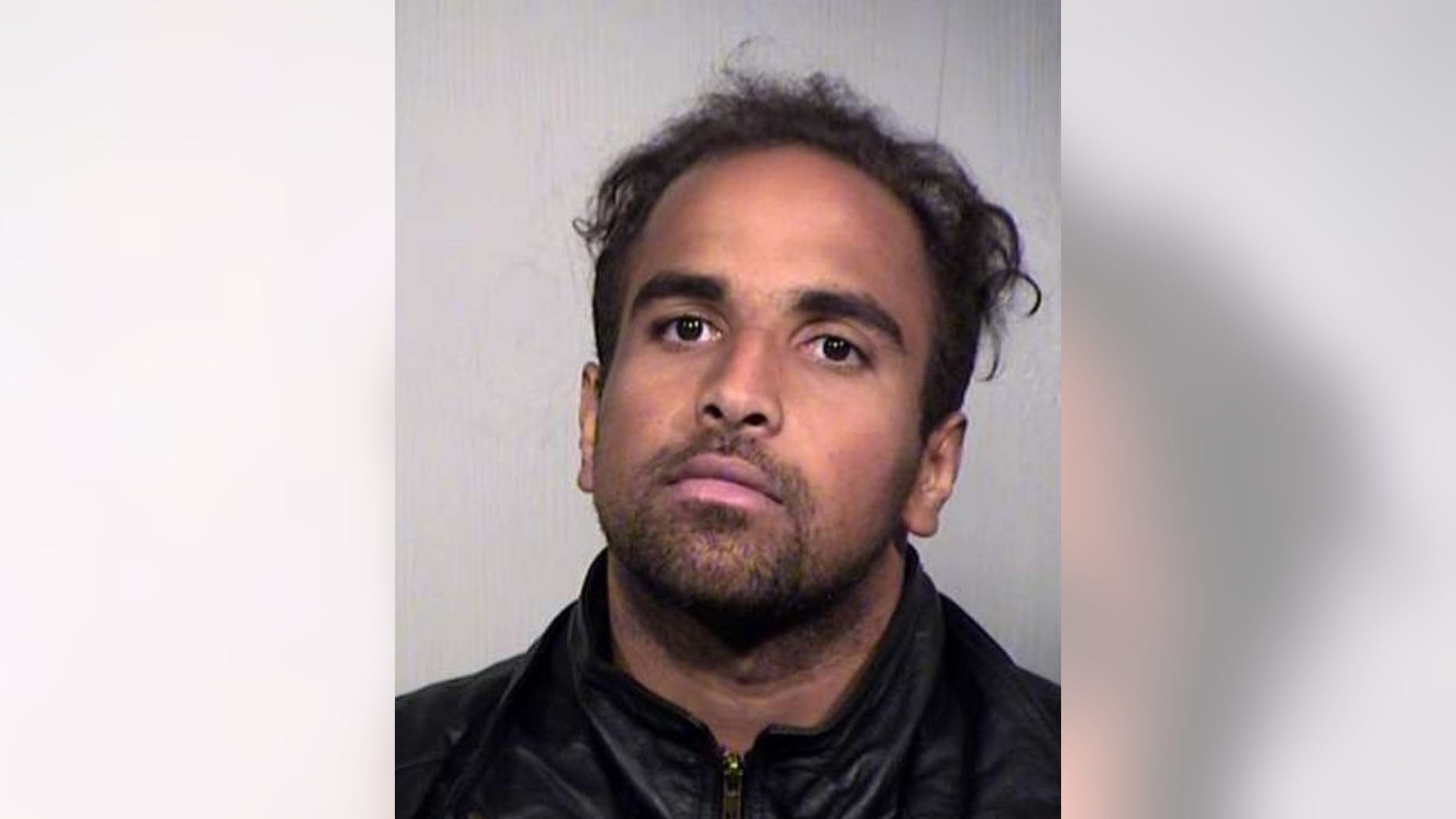 Andre Marc Sutherland, 27, was arrested after he broke into an apartment in Phoenix, Ariz., and was punched in the face by a 13-year-old boy.
(Maricopa County Sheriff’s Office)

An Arizona boy punched a home intruder in the face after the man climbed into his apartment and thought he was “having a telepathic conversation” with the 13-year-old, police said.

Andre Marc Sutherland, 27, was arrested after breaking into the Phoenix apartment last Sunday through an unlocked sliding glass door, AZFamily.com reported. The teen told officers he was making pizza in the kitchen around 7 p.m. when he went back to his room and found Sutherland, who was on meth, in his bed and fondling himself.

The teenager punched Sutherland in the face and the two got into a brief scuffle before Sutherland fled the apartment, court documents stated. The boy locked himself in the bathroom and called his father and 911.

"As soon as he said it, I kind of didn't believe it," the boy’s father told AZFamily.com. "He said, 'Oh, there was a break in and he tried to choke me' was all he said. 'I'm locking myself in the bathroom.'"

Sutherland was located shortly after. He told police he broke into the apartment because he was looking for a place to sleep and chose that specific place because he thought it looked “haunted and abandoned,” court documents stated. He began fondling himself to “draw the spirits in.”

Prior to being punched, Sutherland thought he was “having a telepathic conversation” with the teen, according to police.

Sutherland was arrested on charges of burglary, public sexual indecency and aggravated assault.

"I don't think anybody could have done any better than what he's done," the boy's father said. "He reacted perfectly in a situation where you couldn't really tell what way it was going to go."

"He certainly exceeded my expectations. I'm very proud of him," he added.