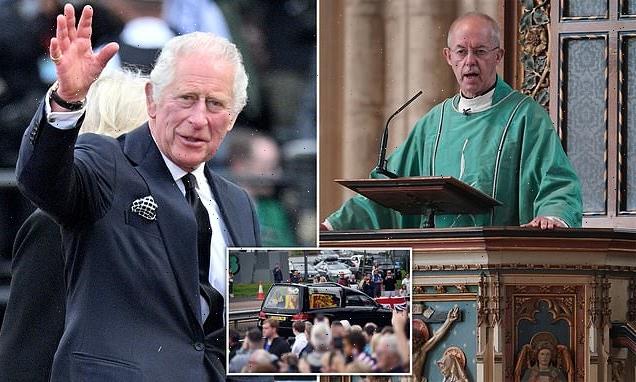 The Archbishop of Canterbury has praised King Charles III in a sermon today, saying he has the same ability to bring ‘healing’ to people as his late mother did.

At this morning’s Sunday service at Canterbury Cathedral, Rev Justin Welby said many people will be ‘navigating their way around the raw and ragged edges of grief’ following the Queen’s death on Thursday.

The Archbishop said it was an ‘unexpectedly extraordinary Sunday’ as he began the service, which started about an hour after the Queen’s coffin left Balmoral to begin its journey to her final resting place.

He said: ‘King Charles III has the same ability to see the value of each person as God sees them. That is his conscious understanding of people.’ 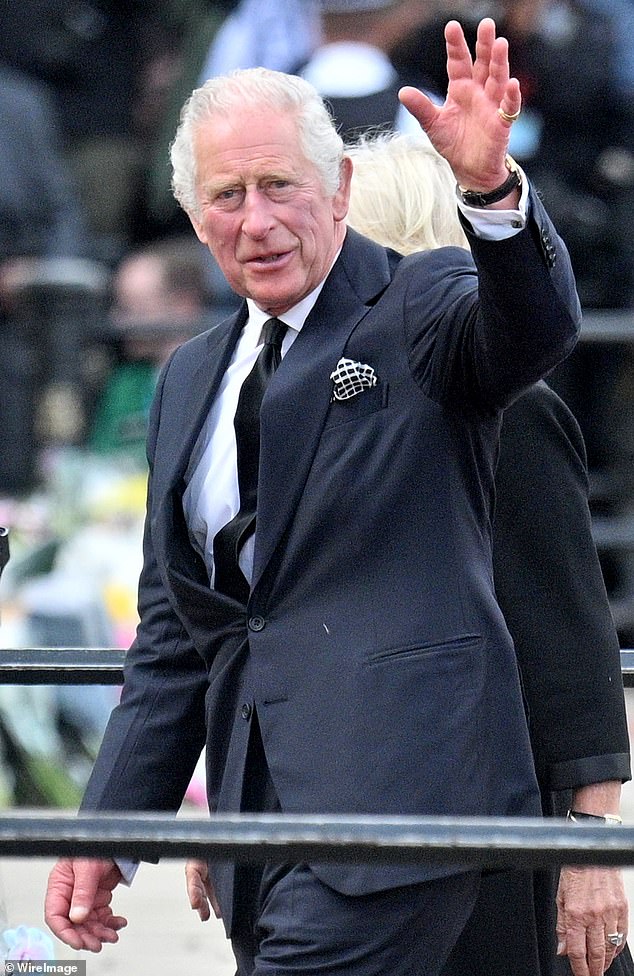 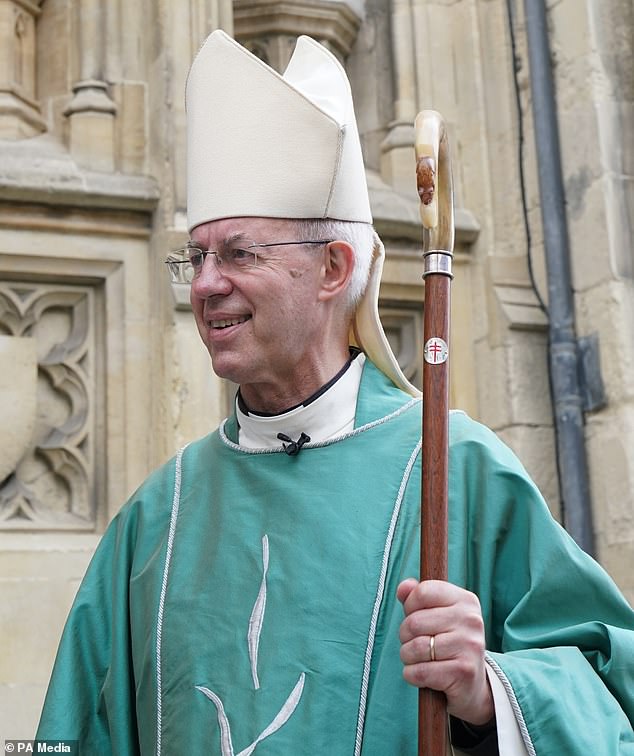 The Archbishop of Canterbury praised King Charles III in a sermon this morning, saying he has the same ability to bring ‘healing’ as his mother

Mr Welby recalled seeing Charles work his way around the Lady Chapel in Liverpool Cathedral, where there were families of police officers who had died.

He said Charles spoke to an officer’s young widow, adding: ‘By the time the then-prince of Wales – His Majesty – had done the rounds, he’d talked to everyone in that chapel and every person there, and I quote that young widow, felt they mattered uniquely and found healing.’

The Archbishop recalled the Queen inviting a Rwandan woman, who had escaped the genocide but lost almost her entire family, to sit next to her at the end of a lunch.

They spoke for at least 20 minutes while some of her staff ‘hovered, twitching’.

Reflecting on how the woman felt, Mr Welby told worshippers: ‘When I spoke to her later, she said there was healing.’

He added: ‘Both Her late Majesty and His Majesty treat others as special because, for both, their faith is built on the same rock – the rock of Christ.’

Mr Welby talked about grief and how this may be a difficult time for people mourning the loss of loved ones.

‘We are not complete when one of us is lost,’ he said.

‘Many people will be navigating their way around the raw and ragged edges of grief today all because of the Queen. 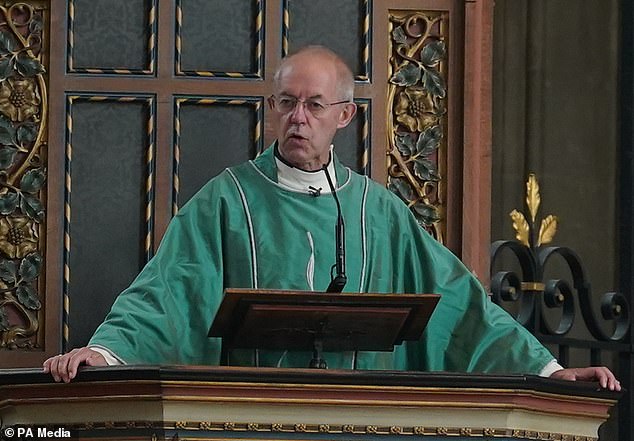 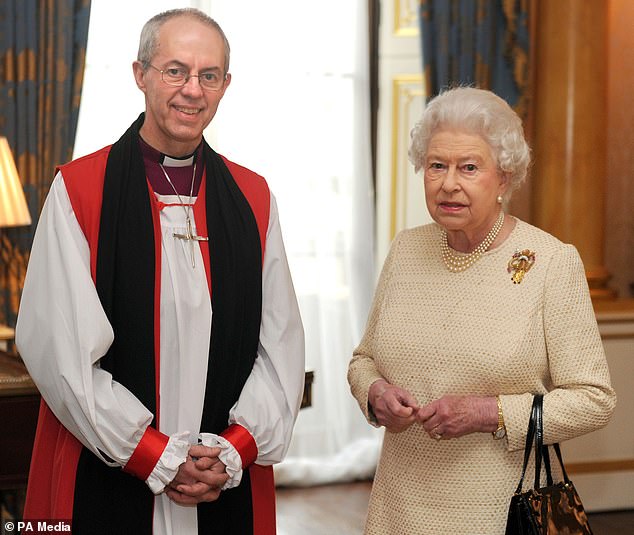 The Queen and the Archbishop of Canterbury in 2013. Recalling his last meeting with her in June, Mr Welby said: ‘I came away thinking there is someone who has no fear of death, has hope in the future, knows the rock on which she stands and that gives her the strength, as it gives His Majesty the strength, to be that sense of permanence and of continuity’

‘But many families, as well, will have lost loved ones or been reminded of the loss of loved ones this week.

‘Their grief may well feel all the more painful during this time of national and international mourning, for loss is overwhelming to the person bereaved.’

Mr Welby referenced the Queen choosing to ‘extend the hand of friendship to Martin McGuinness despite their differences and painful history’.

The encounter between the former Irish Republican Army (IRA) commander and the Queen in 2012 was symbolic as the IRA murdered her second cousin-once-removed, Lord Mountbatten, who was also Philip’s uncle, in a bombing on his boat in Co Sligo in 1979.

Concluding his sermon, Mr Welby said: ‘This is a moment of deep grief, indeed. As Her Majesty said herself, grief is the price we pay for love.’ 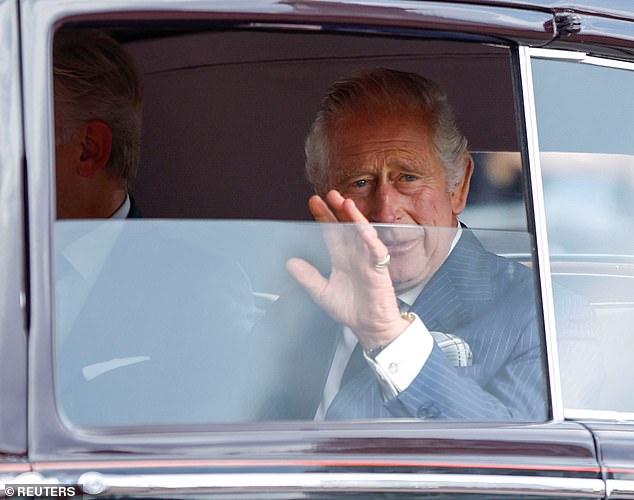 King Charles arrives at Buckingham Palace today, where he waved at crowds of well-wishers outside the palace gates 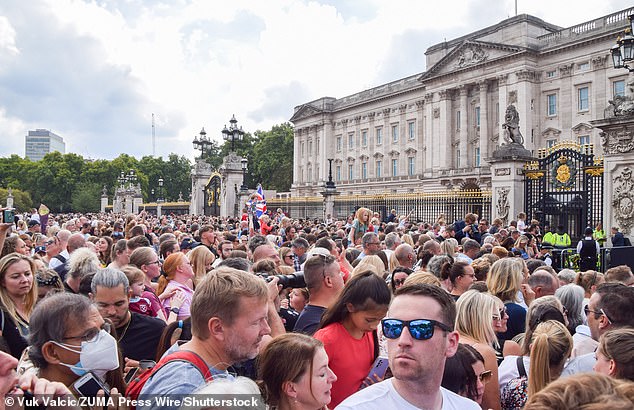 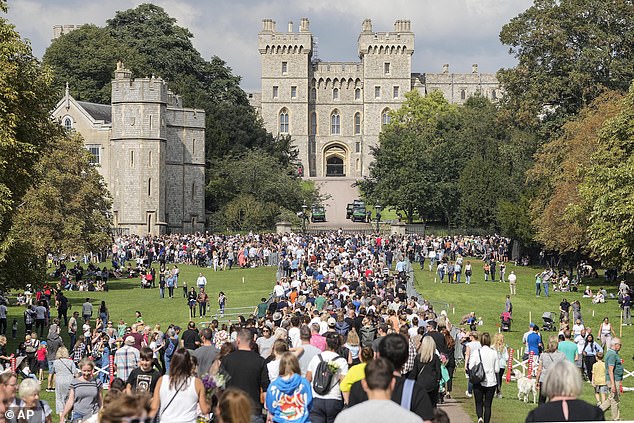 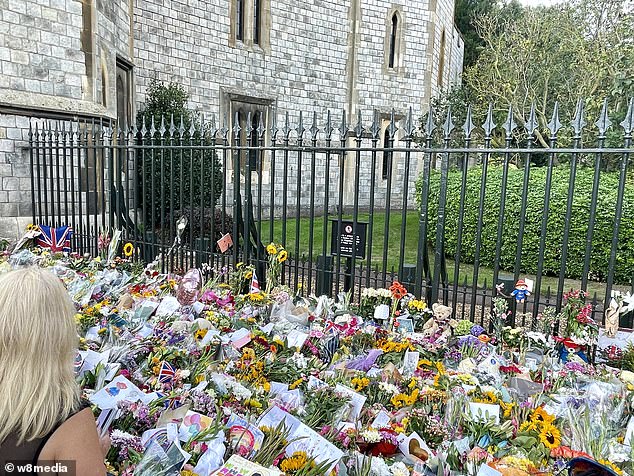 A record number of 25,000 people an hour have been pouring the gates of the long walk to lay flowers and lay their respects at Windsor Castle today

‘And [God] will gather us all together in heaven on the glorious day of resurrection, where in a different context, as Her late Majesty once said to us in difficult times, we will meet again.’

The service ended with a heartfelt rendition of God Save The King from the congregation.

In a radio interview on Friday, Mr Welby described his final encounter with the Queen, who was the Supreme Head of the Church of England, say she ‘had no fear of death’.

Recalling the meeting, which took place on June 21, he told BBC Radio 4’s Today programme: ‘I came away thinking there is someone who has no fear of death, has hope in the future, knows the rock on which she stands and that gives her the strength, as it gives His Majesty the strength, to be that sense of permanence and of continuity.

‘You felt that history was in front of you, but it was history with those piercingly blue eyes twinkling, that extraordinary smile and the relishing of a quick dry comment.’