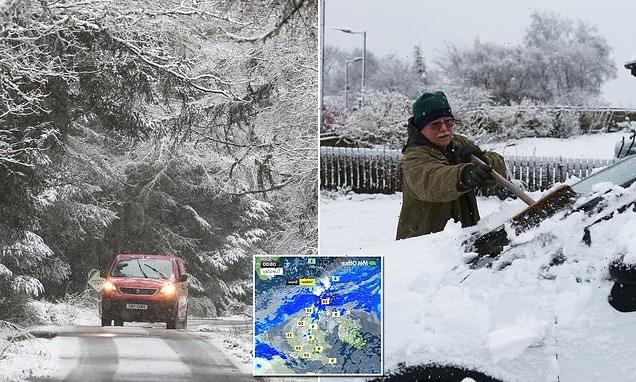 Frosty conditions in April are continuing as the Met office issues a yellow weather warning, predicting up to several inches of snow to fall on parts of the UK.

Disruption for roads and railways is expected after snow is forecast for northern parts of Scotland.

The temperature will barely be above freezing, 0C (32F), across regions in Scotland, while the south coast of England will experience highs of 15C (59F).

The Met Office issued a warning from 6am to 10pm on Tuesday for an area covering much of Highland and Grampian.

It was previously issued for 4pm on Tuesday to 11am on Wednesday.

‘Snow may cause some disruption across parts of Scotland through Tuesday before clearing northwards,’ the Met Office said in its warning.

‘Some roads and railways likely to be affected with longer journey times by road, bus and train services.’ 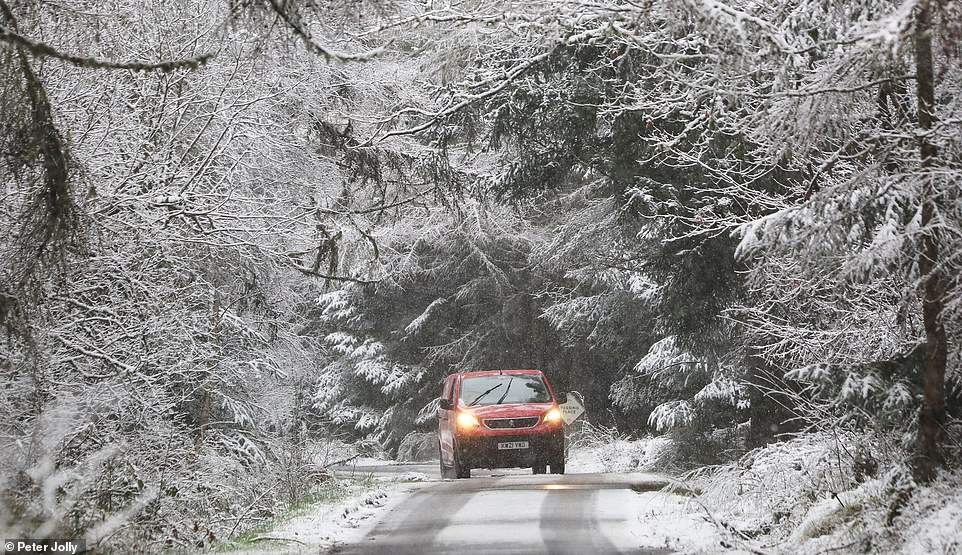 Up to 10cm of snow is expected to fall in northern parts of Scotland (pictured), likely disrupting roads and rail today and throughout this week 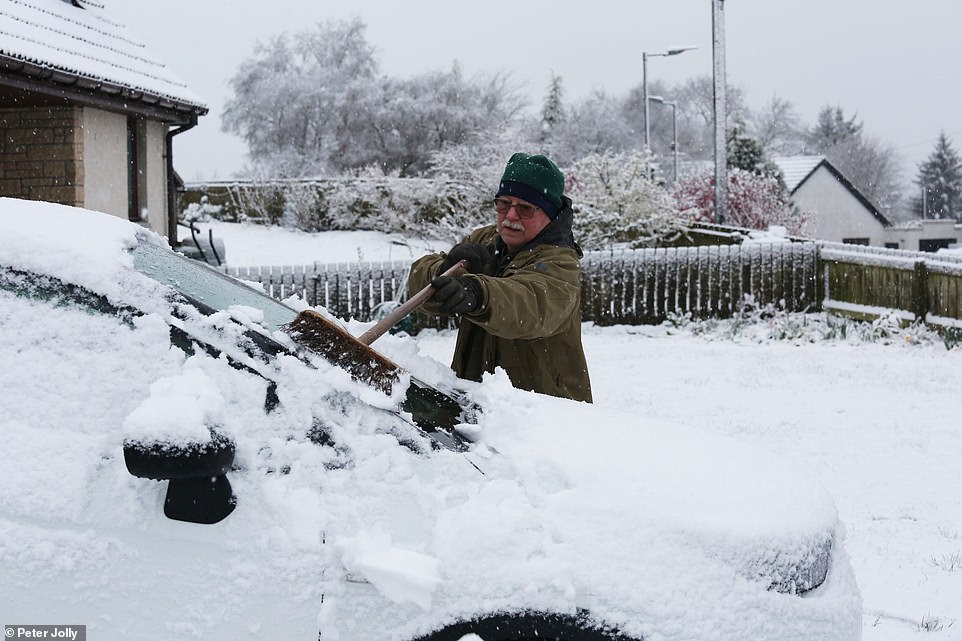 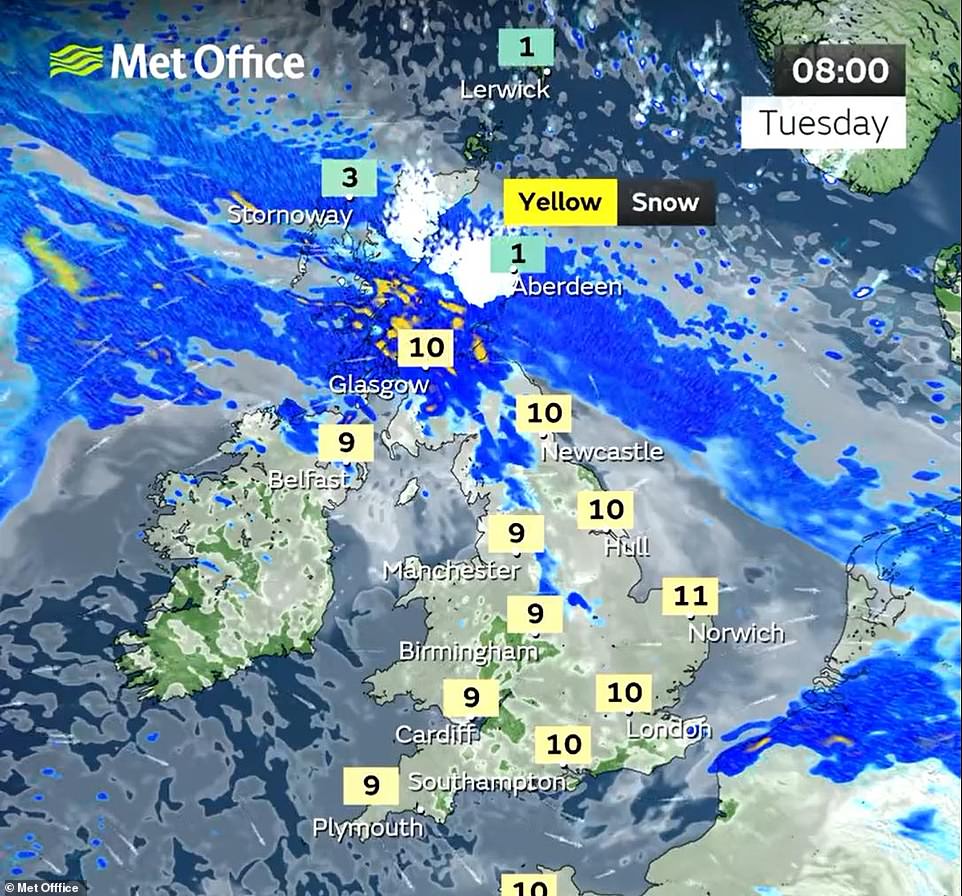 The weather agency continued: ‘Persistent rain over northern Scotland will increasingly turn to snow over high ground during Tuesday morning, then to lower levels by the afternoon.

‘This is likely to bring some temporary accumulations in places to sea-level, with 2-5cm above 100-200m in places and perhaps 10cm above 300m. 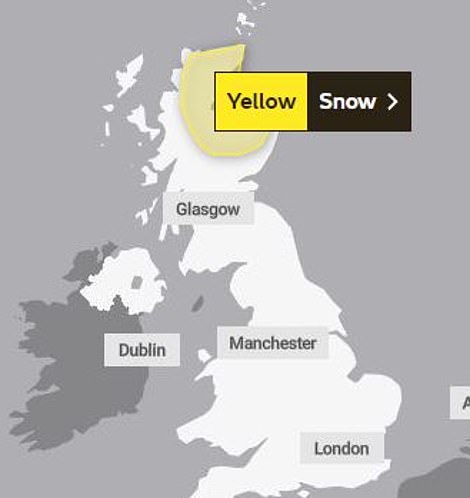 The Met Office has issued a snow warning today

‘There is some uncertainty by Tuesday night but snow is likely to clear northwards and turn back to rain leading to some snow melt.

More snow is predicted to fall in Scotland throughout the week, though the rest of the UK looks set to avoid it.

Most areas this week will see windy conditions and downpours, although there will be spells of milder weather and temperatures around 12C (54F) before it turns slightly cooler towards the end of the week.

Met Office forecaster Jonathan Vautrey said: ‘The general theme is for the weather to be unsettled.

‘There will be a damp and cloudy start to the working week for most with further outbreaks of rain on Tuesday and Wednesday in Scotland, Northern Ireland and Northern England.

‘There will also be a more persistent band of rain across southern areas by Thursday.’

For the rest of today there will be plenty of rain and drizzle in the north and northwest, snow on high ground of Scotland, settling to lower levels later where it will be cold.

However it will be mainly dry, bright and mild elsewhere.

Later tonight, more rain and snow is likely to fall on northern Scotland.

While elsewhere it will be windy with bands of rain and showers moving east across most parts. 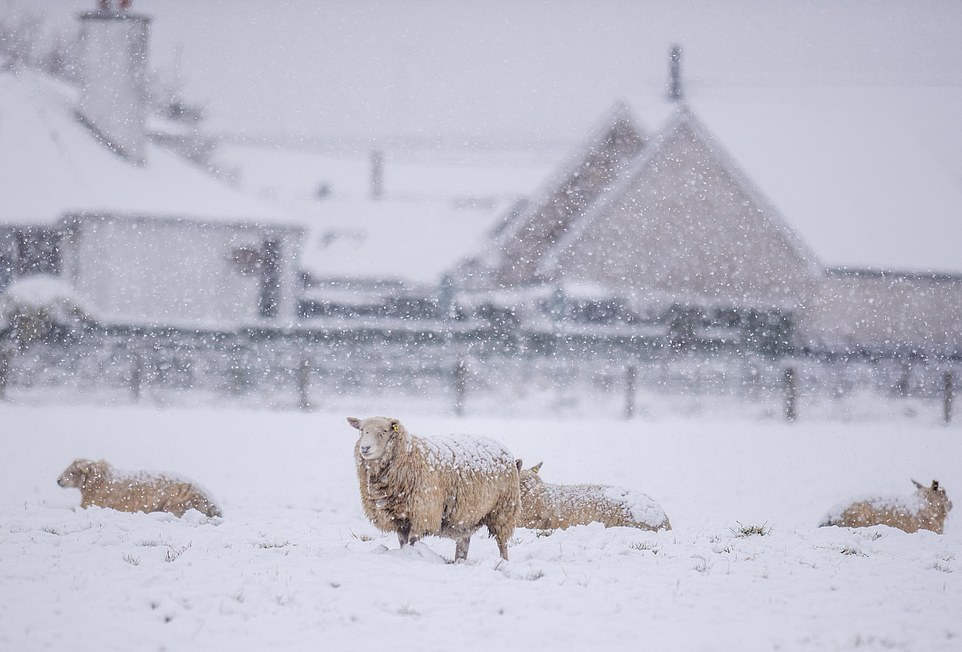 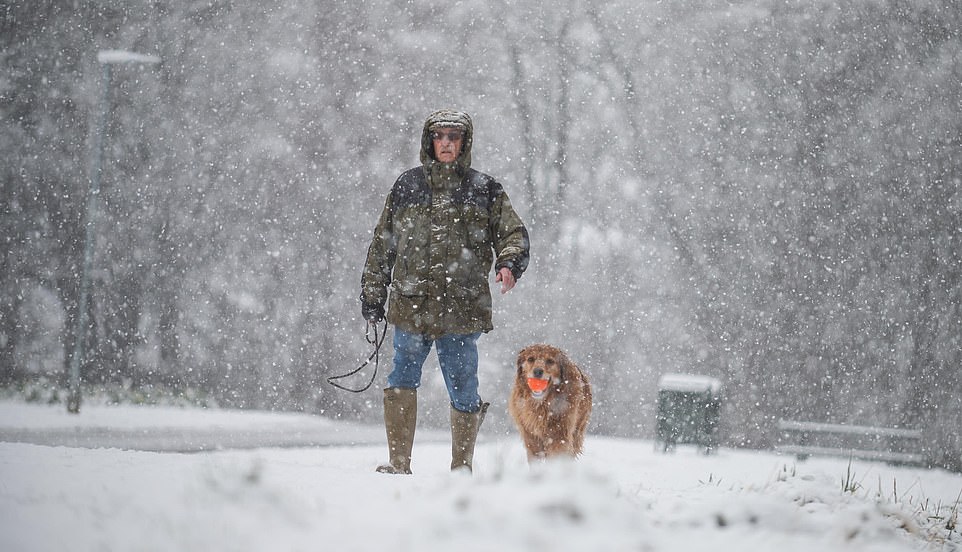 In lower lying parts of Scotland, the snow is predicted to be up to 5cm deep

Tomorrow there will be more snow across northern Scotland and outbreaks of rain in north.

It will be windy across the UK, with a small bit of rain will clear in the southeast, followed by a mixture of sunshine and showers.

For the rest of the week, Thursday and Friday, there will be wintry showers or longer spells of rain and hill snow and sunny spells in between.

On Saturday it will be drier and brighter for most, but it will also be cold and often windy.