Apple isn’t releasing an iPhone mini this time around, as it did with the iPhone 12 and iPhone 13. Instead, the company is releasing just two sizes for its latest devices.

The new iPhones run on iOS 16, which includes updates like the ability to edit text messages and a new customizable lock screen that can display specialized app updates without making you unlock your phone first. The new phones diverge from Apple’s long-standing naming conventions in an attempt to distinguish the Pro phones from their none-Pro stablemates. 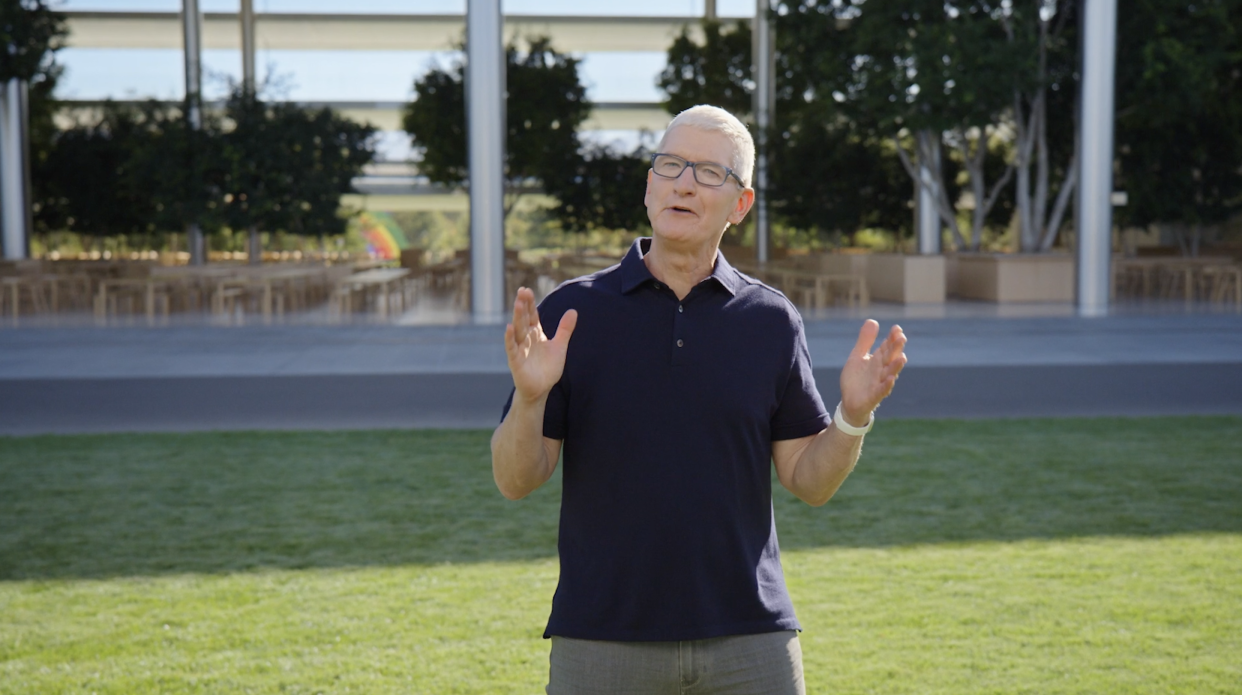 The iPhone 14 Pro and iPhone 14 Pro Max feature reworked displays that do away with the oft-maligned notch that houses the phone’s Face ID tech and front camera in favor of a new pill-shaped cutout.

The cutout also serves as a space called the Dynamic Island, which can provide key information about your phone. It expands if you get an alert, shows you if you’re using Focus mode, and tells you when your AirPods are connected. It also stays active if you’re using apps like the timer, or provide you with information about sports scores and how far away your ride share is. 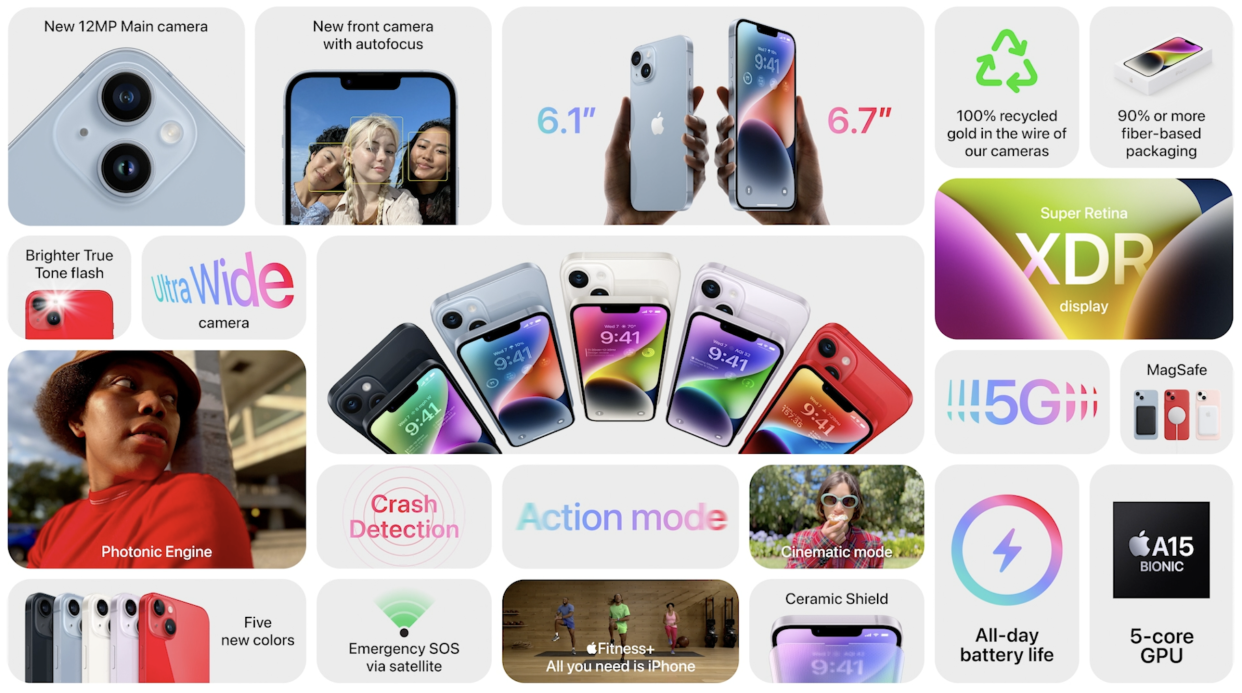 The iPhone 14 Pro and iPhone 14 Pro Max also get thinner bezels and brighter displays for a peak brightness of 2000 nits, twice as much as prior models. What’s more, the Pros get Apple’s new always-on display that can provide information without having to unlock your phone, such as data from your widgets and apps. Unlike other handsets, Apple’s always-on display is full color rather than just black and white.

The iPhone 14 Pro and Pro Max, meanwhile, get new high-powered 48-megapixel main camera sensors and three lenses: telephoto, wide-angle, and ultra-wide angle lenses. Interestingly, Apple says that there is a new 2x telephoto mode in addition to the base 3x telephoto mode.

This is the first time that Apple has used different chips in iPhones of the same generation, and further proof that Apple is attempting to differentiate its Pro products from its base devices.

Apple says that the A16 chip helps power the iPhone 14 Pro models’ always-on display, as well as the phones’ camera systems.

Like the new Apple Watch, the iPhone 14 and iPhone 14 Pro can automatically detect if you’ve been in a car crash, and alert emergency services. What’s more, a new emergency SOS via satellite capability means you’ll be able to reach out to emergency services if you’re outside of cellular data range.

To help you stay connected to a satellite, your iPhone will tell you which direction to face. There’s also a new compressed text message protocol that allows you to send messages to emergency services personal.

The satellite feature can also be used with Apple’s Find My app to allow you to share your location with friends and family. The company says it will offer satellite connectivity for free for two years to iPhone 14 users, but didn’t specify what the price would be after that.

The iPhone is a major money-maker for Apple, accounting for $191.97 billion of its $365.82 billion total revenue in fiscal 2021. That means the iPhone makes up 52% of Apple’s revenue. Still, the company continues to diversify its business offerings, rolling out products like the Apple Watch and AirPods, Mac, and iPad.

The company’s Services business, which generated $68.4 billion in revenue in 2021, is largely seen as a means to buttress Apple’s growth against any potential drop in iPhone sales. Its wearables segment — which includes sales of the Apple Watch, AirPods, and HomePod — generated $38.4 billion in 2021.

Still, for the time being, the iPhone continues to be, hands down, Apple’s most important product.

Click here for the latest technology business news, reviews, and useful articles on tech and gadgets