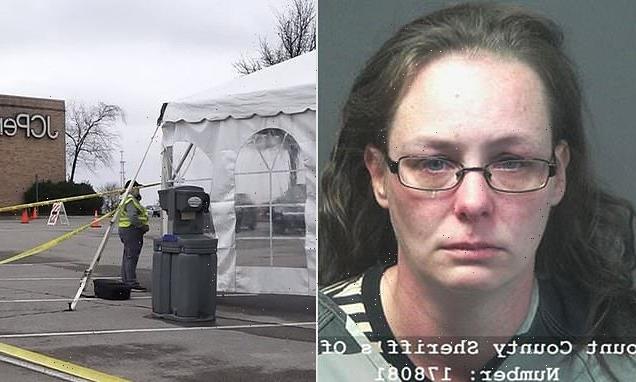 An anti-vaxxer drove her SUV through a vaccination tent at high speed while screeching ‘No vaccine!’ to protest the COVID-19 shots, it is claimed.

Virginia Christine Lewis Brown, 36, allegedly went on the rampage in her blue Chrysler SUV at the vaccination site in Maryville, Tennessee, on Monday morning.

She was pictured sobbing in her mugshot after being charged with seven counts of reckless endangerment.

Brown is said to have hurled abuse at terrified volunteers and patients while her car roared through the tent, leaving several fearing she would drive into them and kill them.

The anti-vaxxer claims to have driven through at around 5mph, but those in the tent say her car was going far faster, and left them fearing for their lives.

Deputy Kevin Snider, who was in his cruiser, was among those who said they witnessed Brown plowing through the tent at the Foothills Mall.

The vaccine site opened in March, according to WBIR. Typically, people drive slowly through its course, which is marked by cones, and and into the tent to get their shot.

They are then supposed to drive out the other side, and park up for 15 minutes to be monitored for possible adverse reactions to the vaccine.

But Deputy Snider says he immediately noticed Brown’s erratic driving as she made her way through the traffic cones, sped through the tent and exited the other side, before racing through the remaining cones. 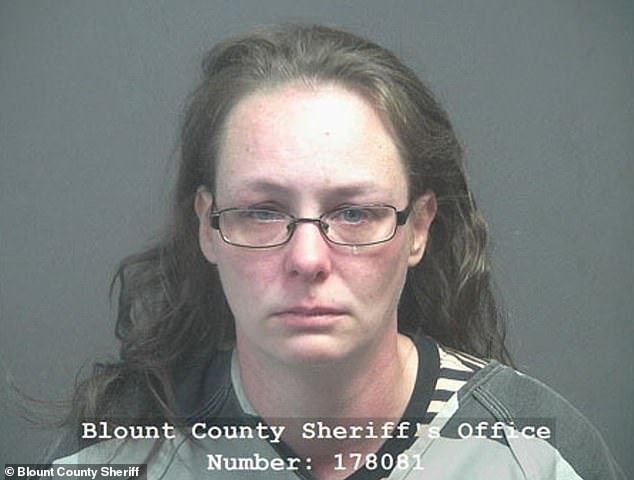 Virginia Christine Lewis Brown, 36, has been charged with seven counts of reckless endangerment after she was witnessed driving through a vaccine distribution tent

The arrest report stated that there were at least 15 people in the parking lot tent, according to WATE.

Members of the health department and National Guard were among those inside the makeshift vaccination site at the time of the incident.

Snider’s report says he spoke to everyone in the tent and there weren’t any initial reports of injuries, though witnesses say her car was just inches away from hitting people.

‘Several victims stated that they thought the driver was going to kill them,’ the incident report added, according to The Daily Times.

‘I was advised that they were within inches and feet of the vehicle as it came through the tent,’ the report stated.

Witnesses also say Brown yelled ‘no vaccine’ while she was driving into the tent.

WBIR reports several people ran up to Snider to tell him about what had happened, leading him to give chase, according to Snider’s report.

Afterwards, Snider performed a traffic stop, where Brown claimed her actions were a form of protest, according to Snider’s report.

‘While traveling to the jail, Ms. Brown made several statements about wanting to protest the vaccine,’ the incident report stated. 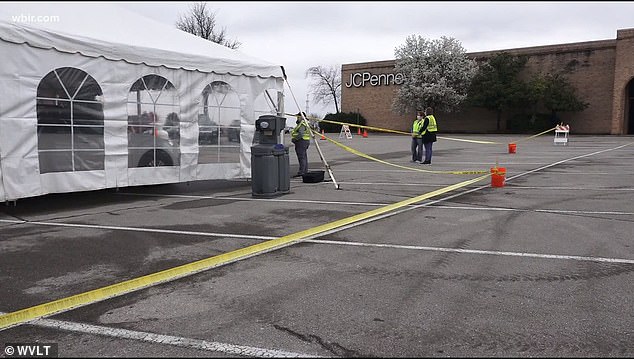 The site where the vaccination tent was (pictured back in March) 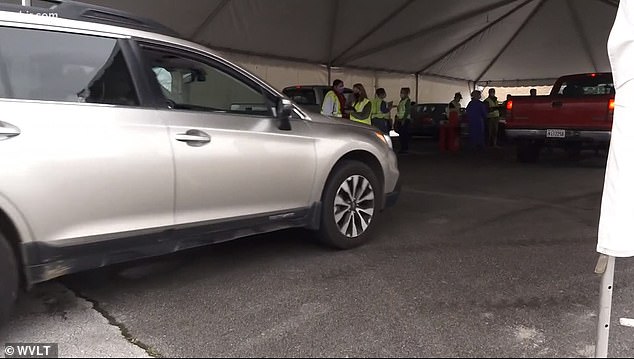 Cars typically make their way slowly through the tent, which Brown allegedly did not do, according to a police report (tent pictured in March)

‘Ms. Brown stated she was driving through the course and once she got to the tent she told the personnel working she was not there for the vaccine,’ officials added.

After she was arrested, Brown allegedly told officials that she was only driving at 5mph while being transported to jail, though the report from the Blount County Sheriff’s Office said she was driving at a ‘high speed.’

Brown was booked into Blount County Jail and is being held on $21,000 bond, with a court appearance set for June 7.