Labour’s shadow chancellor today attacked Rishi Sunak for letting businesses to ‘go to the wall’ after allowing the ‘clock to run down’ on millions of furloughed workers.

Anneliese Dodds accused the Government of mismanaging ‘enormous amounts of public money’ on failed schemes to tackle coronavirus, such as a £130million contract with a Tory donor for unsafe testing kits.

Setting out the party’s proposals for a business rebuilding programme to stave off mass company failures when furlough comes to an end, she accused Mr Sunak of handing over £2.6billion in job retention bonuses to firms.

The shadow chancellor used her keynote speech at Labour’s online conference to call  on the under-fire Government to take urgent action to rebuild UK business devastated by local and national coronavirus lockdowns.

It comes amid growing fears of a looming jobs bloodbath when the massive furlough programme subsidising four million workers ends in late October.

Ms Dodds declared: ‘Just as the Chancellor has allowed the clock to run down on the four million people on furlough, he’s doing exactly the same for the millions of businesses that have needed a helping hand to survive these last few months.

‘From March next year repayments will start for the loan schemes set up to help businesses through the crisis. But, on the current trend, our economy won’t be anything like back to normal by then. 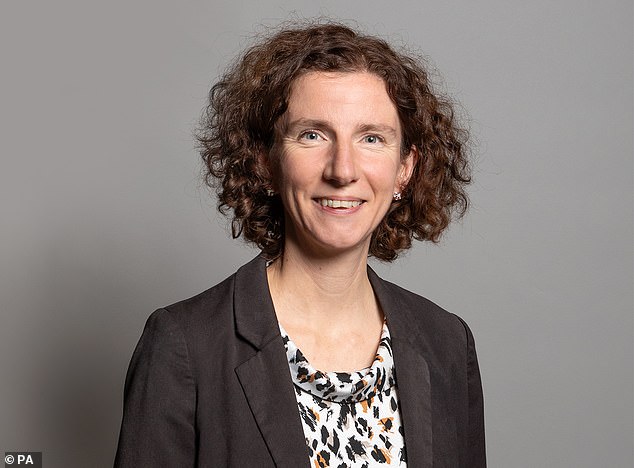 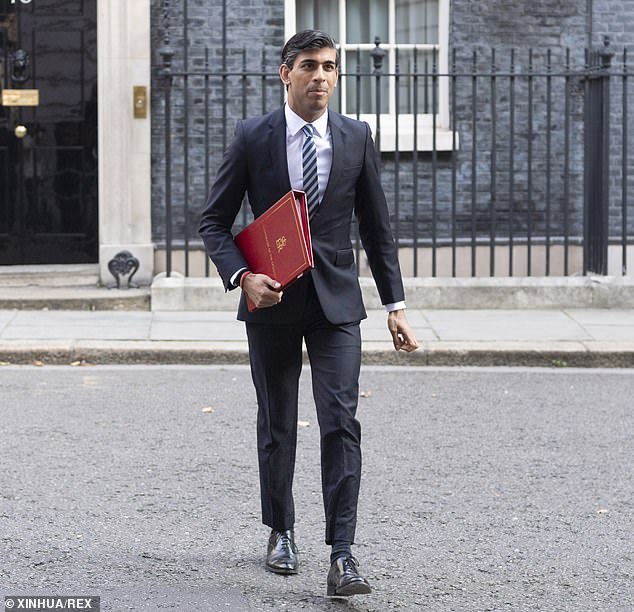 New coronavirus curbs ‘would cost £250m A DAY’: Economy could shrink by 5% if partial lockdowns hurt restaurants and halt return of workers to their offices, experts warn

Partial lockdowns which discourage eating out and a return by workers to the office could shrink the economy by up to 5 per cent, a think-tank warned yesterday.

The Centre for Economics and Business Research calculated the bill for major restrictions covering sectors such as hospitality at up to £250million a day.

This would mean that national output would shrink by between 3 per cent and 5 per cent over the last three months of 2020 compared to between July and September.

The £250million bill would be a tenth of the impact of full lockdown at its peak in April.

But the CEBR has cautioned that the UK could suffer even more if partial lockdowns cause the public to lose faith in the Government’s handling of the pandemic.

Douglas McWilliams, of the CEBR, said: ‘The bigger cost is the unmeasurable cost – many people feel that progress [so far] going into reverse would knock the stuffing out of consumer and business confidence.

‘Whereas the first lockdown was bearable on the assumption that it was temporary, a second lockdown will make many people lose confidence in a recovery in the foreseeable future.’

‘Without effective Government action, many companies will go to the wall with more job losses and more costs for the public finances.

‘That is why I am calling today for the Chancellor to act urgently and put in place a business rebuilding programme.

‘To do for businesses struggling with debt what we have repeatedly asked him to do for workers whose jobs are at risk. That programme must be set up now.

‘So we don’t end up once again with last-minute panicked schemes that waste public money.

‘It must be targeted so that support goes to purposeful, responsible businesses that will invest for the future.’

She went on: ‘Already, with the economy still struggling, the language of ‘restraint’ has returned.We all know what that means from the mouth of a Conservative chancellor. More jobs lost in places that can least afford them – with local councils being hung out to dry and forced to cut thousands of staff.

‘Attacking the very communities the Conservatives said they would protect… at a time when our Government should be focused relentlessly on jobs, jobs, jobs. Threatening to hike taxes now, just so they can cut them before the next election. To make even deeper spending cuts, in the hope people will have forgotten by the time they go to the polls. Playing politics with people’s jobs and livelihoods.’

Ms Dodds held out the prospect of a new partnership between business and a Labour government, insisting the party can be trusted with the nation’s finances.

The shadow chancellor also launched an attack on the Government’s ‘financial mismanagement’ during the coronavirus crisis, accusing the Conservatives of squandering billions of pounds of public money.

Ms Dodds said that a Labour government would seek to restore trust with business, emphasising the ‘critical role’ it played in creating jobs and supporting livelihoods.

‘Government working hand in hand with business and trade unions, in the best interests of our country,’ she said.

‘This is an ambitious Labour vision – where security and fairness aren’t just aspirations, but where they are a reality for families and communities across our country. I would restore that trust with business because I understand what a critical role business plays in creating jobs and supporting livelihoods across the country.’

Ms Dodds said that a three-step economic plan would be built around the principles of ‘recover jobs, retrain workers and rebuild business’.

She said Labour would help subsidise the wages of workers in key sectors in a way which would enable firms to bring back more staff on reduced hours. 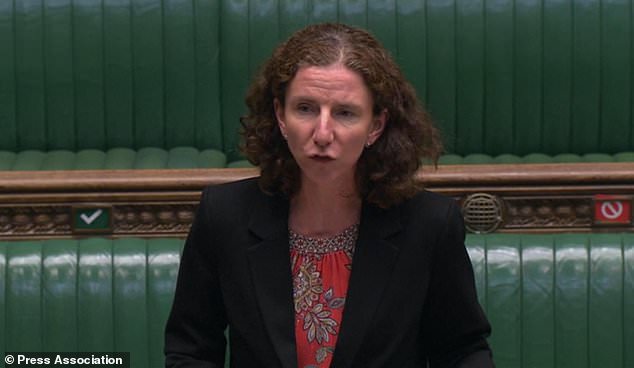 Speaking at a keynote speech at Labour’s online conference, the shadow chancellor called on the Government to take urgent action to rebuild UK business devastated by lockdowns

There would also be a national retraining strategy for those workers who had lost their jobs and a business rebuilding programme to support struggling firms.

Chairman of the Federation of Small Businesses (FSB) Mike Cherry was supportive of Ms Dodds’ proposals, saying: ‘We very much welcome the shadow chancellor’s discussion of proposals for a business rebuilding programme.

‘Firms will undoubtedly struggle with debt over the coming months and we need meaningful Government action to help viable firms with that burden.’

Ms Dodds’ speech comes as the UK’s top public health officials today drummed up panic fear of coronavirus, warning of an impending six-month crackdown on civil liberties by the Government to prevent 50,000 daily cases within a month.

Boris Johnson is now facing a significant Tory backbench rebellion to plans to order hospitality venues such as pubs and restaurants to close by 10pm as Conservatives warn the Prime Minister the country cannot afford a second national lockdown.

Health Secretary Matt Hancock and Cabinet Office Minister Michael Gove are said to want the PM to take decisive action now while Rishi Sunak and Priti Patel are reportedly advocating a more cautious approach, according to The Times.

Any move to reimpose more stringent restrictions is likely to spark a Tory rebellion after Sir Graham Brady this morning accused Mr Johnson of ‘ruling by decree’ as he demanded MPs get a vote in the House of Commons on any new measures.

As Mr Hancock gave a statement this afternoon, Tory MP Pauline Latham (Mid Derbyshire) said: ‘Could I remind the Secretary of State, I think he’ll be going to a Cobra meeting tomorrow, could he explain to the Prime Minister that we actually live in a democracy not a dictatorship and we would like a debate in this House?’