A haul of rare gold coins unearthed in a field by a metal detectorist could be one of the earliest depictions of the English people.

One of the roughly 1,500-year-old Anglo-Saxon pennies shows a figure brandishing what appears to be a trident.

It is thought the minted gold image could be one of the earliest representations of the founding fathers of what would later become England.

Dated from around 640AD, the two coins feature an archaic Christian cross on one side and one has a warrior wearing a studded collar and holding what looks like a pronged weapon. 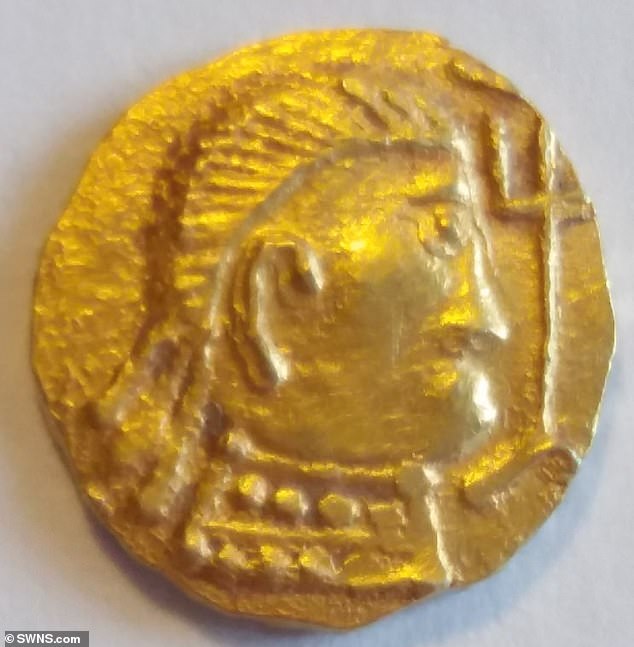 A haul of rare gold coins unearthed in a field near Chelmsford, Essex by a metal detectorist could be one of the earliest depictions of the English people

Chris Kutler, who discovered the ancient gold pieces three years ago, believes this could be an image of an ancestor of the elite rulers who created the coin as a way to enforce their authority on their Celtic subjects.

The 57-year-old also found two similar other coins in the same field near Chelmsford in Essex nearly 20 years earlier in 1999.

One of the coins found in 2017 – that are known as tremissis – was from the Merovingian dynasty, the other was Anglo-Saxon, Chris said.

The Merovingians ruled over the area of modern-day France as well as parts of northern Germany and formed alliances with the tribal rulers of south-eastern England. 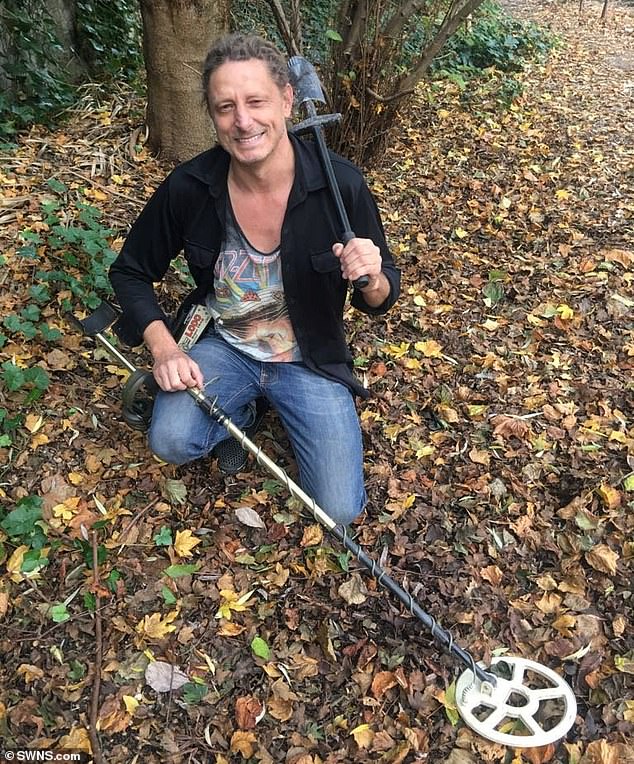 Chris Kutler, 57, believes this could be an image of an ancestor of the elite rulers who created the coin as a way to enforce their authority on their Celtic subjects.

These Anglo-Saxon kings needed to stamp their authority on their newly conquered people, so minted coins depicting their ancestors that came from Anglia – or Angeln – Peninsula in northern Germany.

After years of painstaking research, Chris now believes the coins he found form some of the earliest representations of the Angles – a Germanic tribe who came to Britain after the collapse of the Western Roman Empire.

Chris says the historically significant coins could unlock the mystery of the ethnic make-up of Britain and the origins of the first settlers who would go on to establish the kingdoms that later became England.

He says the figure with a trident indicates they wanted to depict themselves as warrior fisherman, with the trident a common tool of the day used in hunting and warfare.

After years of painstaking research, Chris now believes the coins he found form some of the earliest representations of the Angles – a Germanic tribe who came to Britain after the collapse of the Western Roman Empire

It is also seen being held by ‘Britannia’ on modern coins as well as ones minted by the Roman Emperor Hadrian in the second century AD.

Other historians have suggested the name ‘Angles’ comes from the narrow shape of the peninsula they lived on before arriving in Britain.

Chris, who previously worked at The National Archives for 17 years as an archival data analyst, said: ‘It looks like English identity could be developed from these Angles. Why did they call themselves Angles – I think because they were fishermen.

‘The trident is significant because many tribes at that time used it to catch fish and it could have been their weapon of choice.

‘The trident image on the coin pre-dates the idea of England as a common identity and linking back to the ancestors of one of the elite warrior tribes who settled here.

‘Of all the tribes that ruled at that time it was this tribe – the Angles – that gave England its name. The coin is one of the first visual representations of ‘English’ identity. 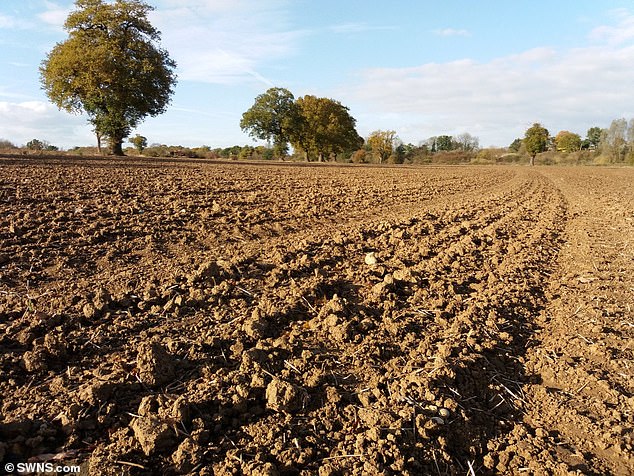 ‘It makes sense because it would show the Angles came from a sea tribe, a warrior race of fishermen. Hundreds of years later, Britain of course goes on to be a huge naval power.’

Since Chris found the two coins in 2017, they have been declared treasure and are currently being assessed by the British Museum.

They are some of the earliest examples of English coins from around the time of King Eorcenberht of Kent, whose grandfather Æthelberht was the first English king to convert to Christianity.

Æthelberht’s reign could have seen the first coins minted in England since the Romans left Britain, but none bear his name, according to historians. 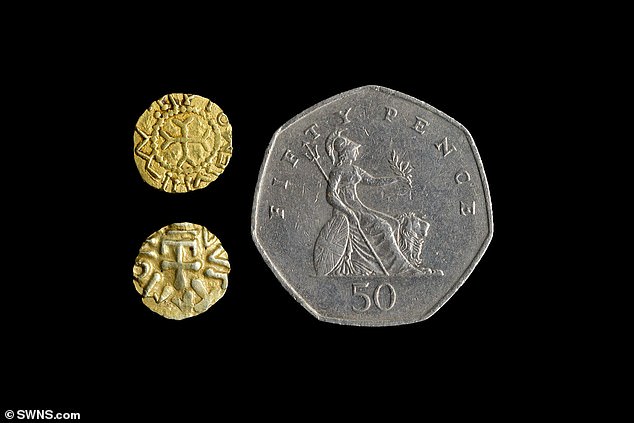 One of the coins found in 2017 – that are known as tremissis – was from the Merovingian dynasty, the other was Anglo-Saxon, Chris said

Chris, who has been running his own archaeological data website for around 20 years, said the coins are an important piece of the jigsaw in the story of the origins of England.

He added: ‘The coins could open up a new narrative about the Angles. It supports the view that they were kind of proto-Vikings, it challenges what we see as ‘English’ identity.

‘I felt there was something missing from the picture of that time and the coins could have something to do with who the English really were and their origins.

‘When I first found them I knew the coins were significant, but didn’t appreciate they could form such an important part of the story of the English people.

‘No one really knows exactly what happened around the development of society at that time, it’s a mysterious period, there’s not a lot of archaeological evidence or historic record.’

The coins, which are currently being valued by experts, could sell for around £10,000 or possibly even more on the open market.