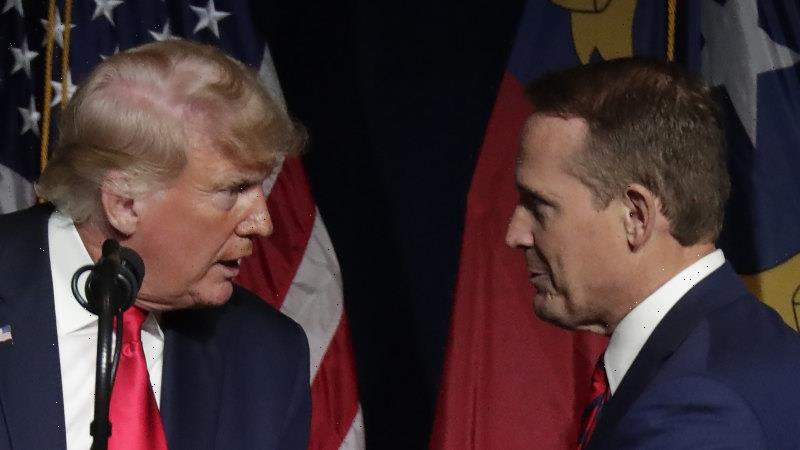 Washington: Former North Carolina governor Pat McCrory, who is seeking the Republican nomination in a US Senate race, has launched a campaign ad accusing one of his primary rivals, Representative Ted Budd, a Republican, of being too complimentary of Russian President Vladimir Putin.

“As Ukrainians bled and died,” McCrory says in the video, “Congressman Budd excused their killer.”

The ad then quotes Budd praising Putin as a “very intelligent actor” who had “strategic reasons” for invading Ukraine, including a desire to “protect his southern flank”.

Budd said in a February interview with CBS17 TV in Raleigh that he thinks Putin is “evil” but that it “doesn’t mean he’s not smart”.

“I would say he’s been quite erratic in this approach to the Ukraine,” Budd said. “So, this is very different than the Putin we’ve seen over the past several decades.” 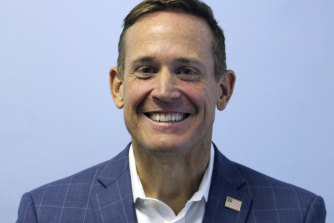 Representative Ted Budd: accused of being too easy on Putin. Credit:AP

“But he is intelligent,” Budd said, “so we have to treat him as such.”

In a statement to The Washington Post, Budd campaign adviser Jonathan Felts dismissed McCrory’s ad, arguing that Budd “accurately described Putin as an evil, intelligent threat to be taken seriously.”

Budd has been endorsed by former president Donald Trump in the race and last month attended an event at Mar-a-Lago where Trump also called Putin “pretty smart.”

This is McCrory’s first television ad for his Senate campaign, and it is also one of the first campaign ads that focus on the ongoing Russian invasion of Ukraine. 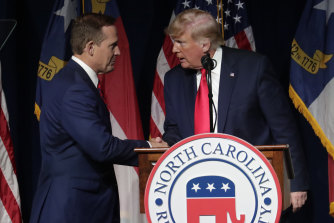 In the ad, McCrory also highlights a Budd vote against sanctions on Russia.

In a statement, Jordan Shaw, a strategist for McCrory’s campaign, echoed the ad and said Budd has “repeatedly praised Putin and excused his invasion, all while Ukrainian women and children are being killed.”

“Budd’s comments are not only indefensible and irresponsible, they’re also proof that he’s not ready to be a US senator,” Shaw said. “We are confident Republican primary voters will agree as they see this ad.” 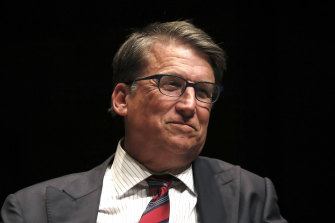 In the ad, McCrory says he does not “compliment our enemies” and asks voters to stand with him.

McCrory and Budd are two of the leading candidates in the packed Republican primary, set for May 17.