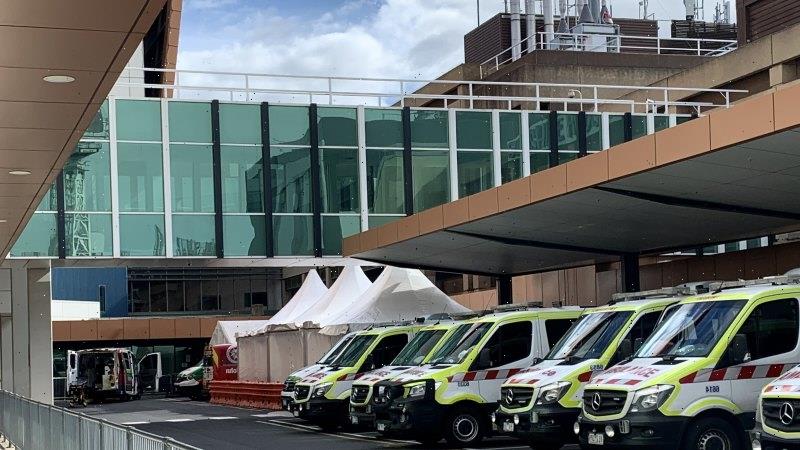 Ambulance Victoria was struck by a code red alert for about two hours on Tuesday night, as “incredibly busy” conditions reduced its available metropolitan Melbourne fleet to 1 per cent of its usual capacity.

The emergency service said in a statement on Wednesday morning it briefly enacted the red escalation of its emergency response plan because of high demand in metropolitan Melbourne. 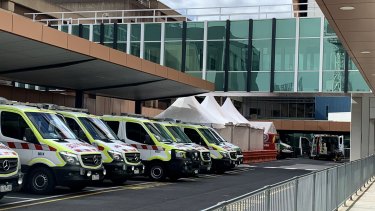 Victoria’s hospital system has been stretched for months. Credit:Jason South

“The situation was able to be quickly resolved with services returning to normal within two hours,” a spokesperson said.

Under code red protocols, people who phone triple zero might be encouraged to make their own way to hospital, while non-emergency vehicles can be used for emergency events.

Victoria Ambulance Union secretary Danny Hill said the fleet in metropolitan Melbourne was so badly reduced for a time on Tuesday that just 1 per cent of ambulances were available.

“[There is a] balancing act around people getting in cars and driving themselves to hospital, and you don’t want to see that occur,” he said.

“But when there’s only 1 per cent of the fleet available, there’s not much in the way of choice, unfortunately.”

Staff furloughs because of the COVID-19 pandemic have been a “steady factor” putting pressure on the state’s health system, and Mr Hill said Tuesday night’s code red came about simply because hospitals were “incredibly busy”.

On top of ambulance presentations at hospitals, he said a number of people fronted up directly to emergency departments.

Ambulance crews have been forced to “ramp” at hospitals for long periods of time, meaning there have been fewer paramedics out on the road, Mr Hilll explained.

“They transport to a hospital and sometimes, they never leave,” Mr Hill said.

“At the moment, an ambulance crew on average is only attending 2.2 patients per day because of the amount of time they’re spending at hospital.

“Meanwhile, Ambulance Victoria’s secondary triage [services] might speak with 35 people on average per day and provide assistance into other pathways for all those patients.”

Mr Hill said it was a myth that if people dialled triple zero, they would get into a hospital earlier.

“You go into the same triage process as anyone who comes in off the street,” he said.

“They’re all in the same mix. It’s people coming in off the street, it’s parents bringing in their children – all sorts of things like that – [that can] just completely [overwhelm] the hospital.”

He urged Victorians to phone triple zero in emergencies only.

Code red and orange protocols are typically used for one-off events, such as bushfires or thunderstorm asthma, but are now commonly being used to deal with high demand unrelated to emergency incidents.

Mr Hill said that while the system had escalated into code orange mode often during the pandemic, Ambulance Victoria had not called a code red as often as he expected it would be forced to.

He said there had been about half a dozen throughout the pandemic.

University Hospital Geelong warned on social media on Monday evening it was experiencing very high demand at its emergency department.