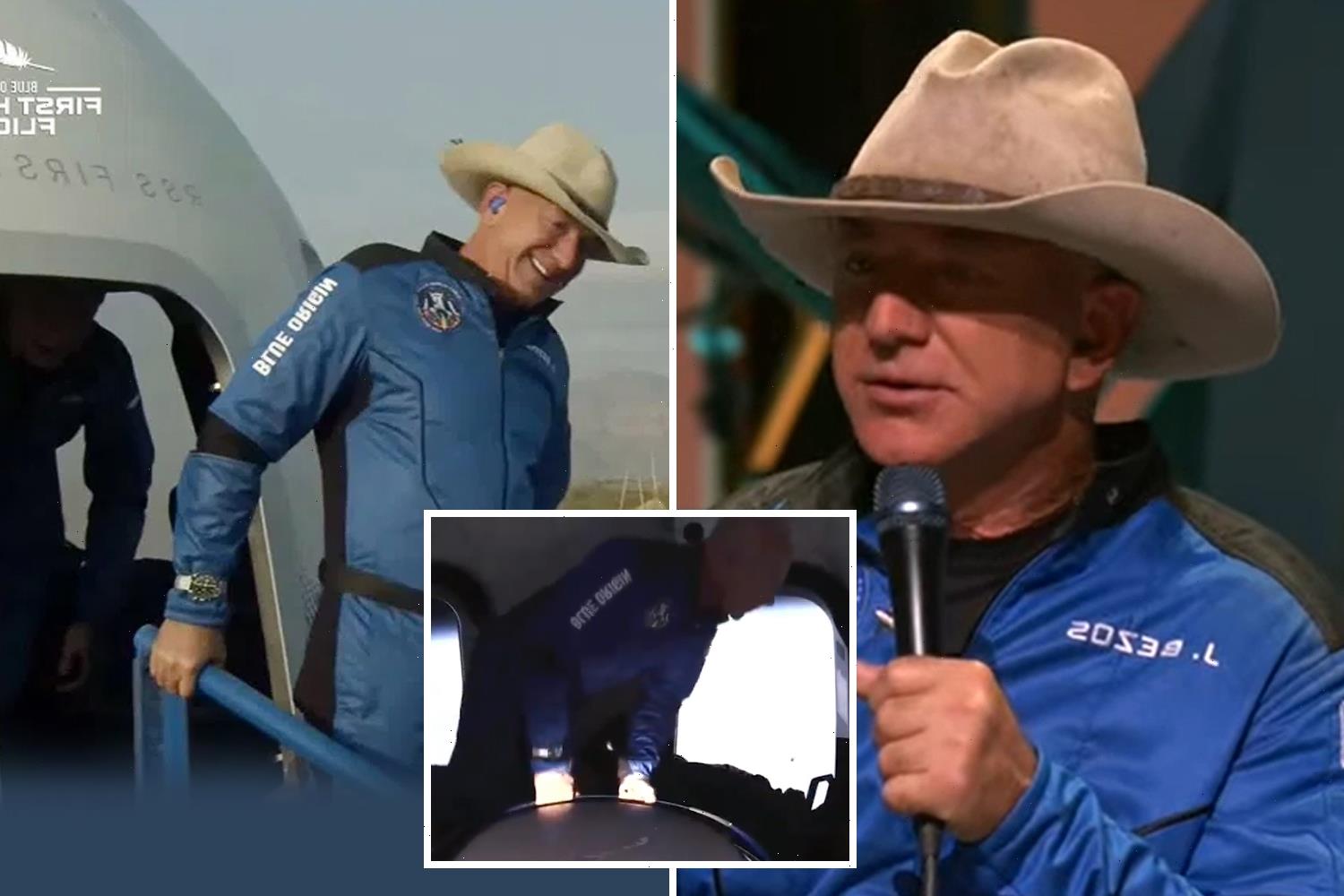 AMAZON customers and workers fumed as Jeff Bezos said "you paid for this" after he flew into space.

The Amazon founder was accompanied by a hand-picked group: his brother, an 18-year-old from the Netherlands and an 82-year-old aviation pioneer from Texas — the youngest and oldest to ever fly in space. 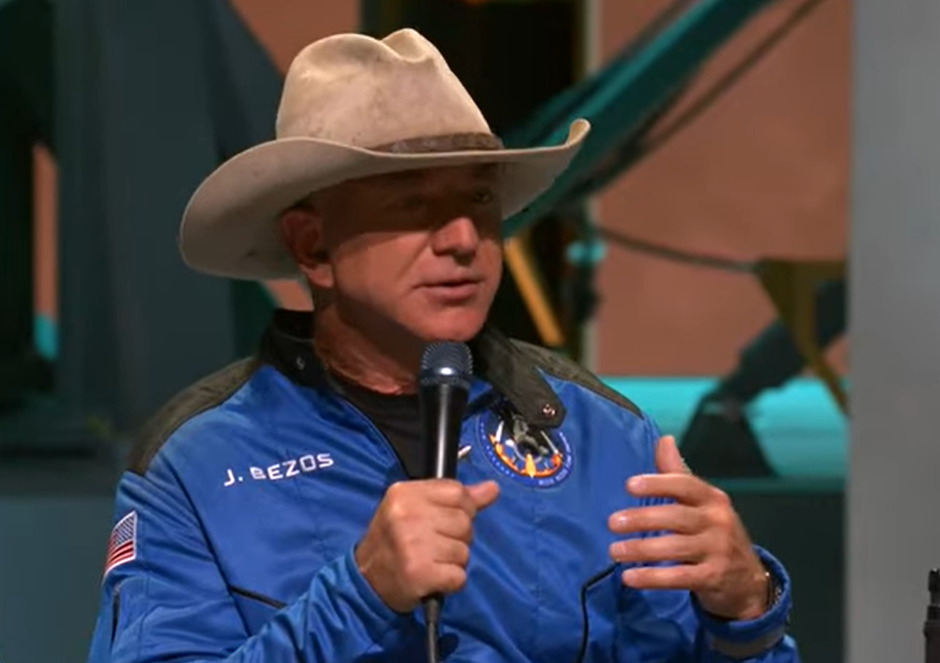 "Best day ever!" Bezos said when the capsule touched down on the desert floor in remote West Texas after the 10-minute flight.

During a press conference after the successful flight, Bezos thanked both Amazon workers and customers.

"I want to thank every Amazon employee and every Amazon customer because you guys paid for all this," Bezos said.

"So seriously, for every Amazon customer out there and every Amazon employee thank you from the bottom of my heart very it's very appreciated."

'SOMEHOW THIS IS REAL'

Reacting to the strange remark on Twitter, VICE reporter Matthew Champion wrote: "This is somehow a real quote."

Numerous other users seized upon the opportunity to highlight the harsh working conditions some Amazon workers are reportedly subjected to.

"Think I just peed in a bottle a little bit," wrote FT reporter Elizabeth Peers, alluding to allegations made by some Amazon workers that they're forced to pee in bottles rather than take bathroom breaks.

Writer Joe Banks chimed in: "He should have gotten all the people who work for him to stand on top of each other so he could have just climbed to space."

'WHAT ABOUT CLIMATE CHANGE'

Others suggested that the millions Bezos spent on the Blue Origin project could likely have been better spent elsewhere.

"Jeff Bezos, back on Earth, just thanked Amazon.com customers for making it possible: 'You all paid for this.'

"So … how about using some of that Amazon money to battle climate change, racial and gender injustice and income inequality?"

Striking a similar tone, The Ink's Anand Giridharadas wrote: "As you watch images of Bezos' rocket rise and fall, just remember that every dollar underwriting that spectacle should have been paid as wages to workers and as taxes for the commons — and wasn't."

Some were quick to race to the defense of the world's richest man, however.

User Hank Meyer wrote: "I'm an Amazon customer, & I'm not offended. At least I got something useful to me out of my contributions.

"I'm paying for NASA too, but the IRS doesn't send me products every time I pay them," he said.

Named after America’s first astronaut, Blue Origin’s New Shepard rocket soared on the 52nd anniversary of the Apollo 11 moon landing, a date chosen by Bezos for its historical significance.

He held fast to it, even as Virgin Galactic’s Richard Branson pushed up his own flight from New Mexico in the race for space tourist dollars and beat him to space by nine days.

Unlike Branson’s piloted rocket plane, Bezos’ capsule was completely automated and required no official staff on board for the up-and-down flight.

Blue Origin reached an altitude of about 66 miles, more than 10 miles higher than Branson’s July 11 ride.

The 60-foot booster accelerated to Mach 3 or three times the speed of sound to get the capsule high enough, before separating and landing upright.

The passengers had several minutes of weightlessness to float around the spacious white capsule with huge windows. Cheering, whooping and exclamations of “wow” could be heard from the capsule through an audio feed.

The capsule landed under parachutes, with Bezos and his guests briefly experiencing nearly six times the force of gravity, or 6 G’s, on the way back.

Led by Bezos, they climbed out of the capsule after touchdown with wide grins, embracing parents, partners and children, then popped open bottles of sparkling wine, spraying one another.