For what May needs above all else is a sign that the Northern Irish Democratic Unionist Party are prepared to back her Brexit deal. 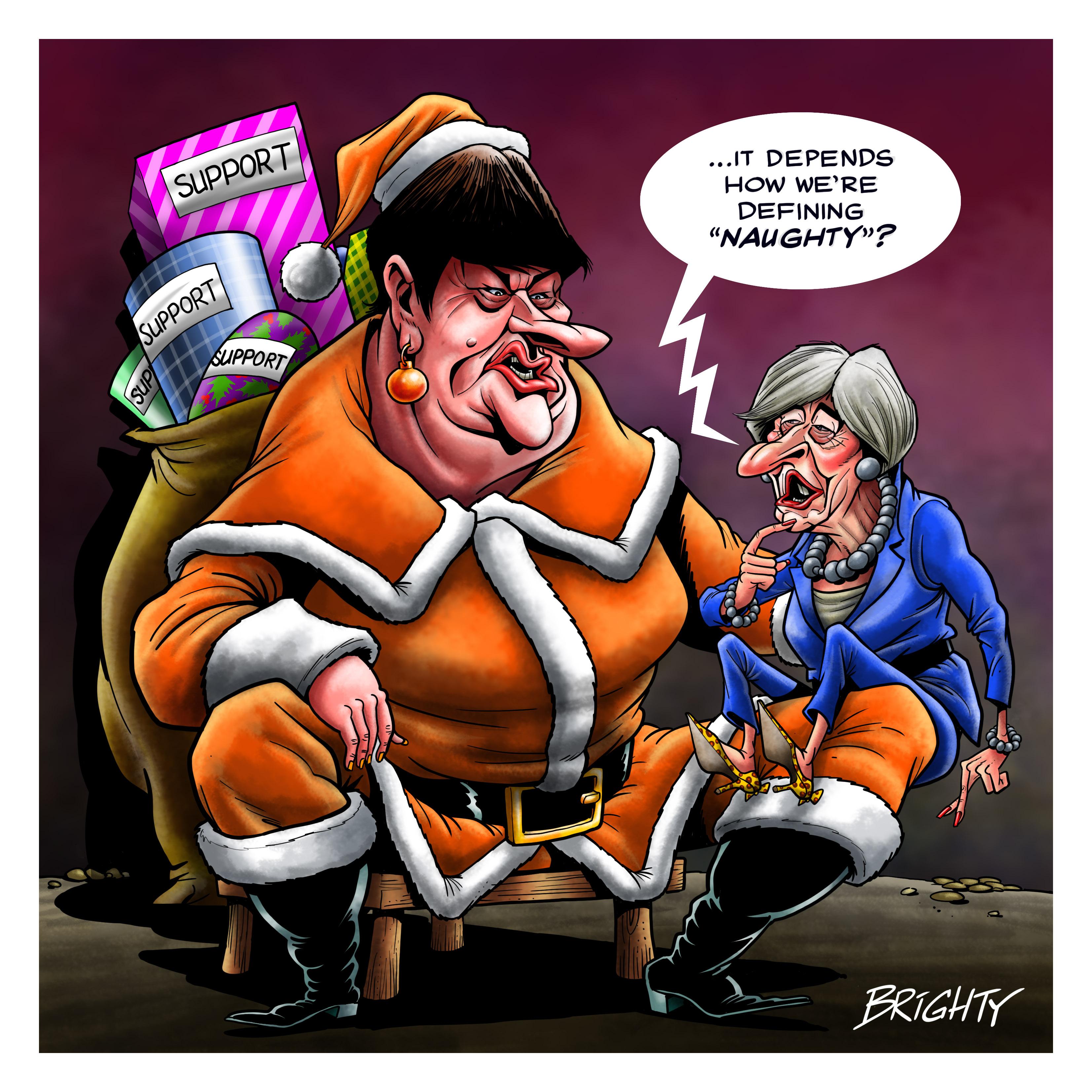 “Without the DUP, they haven’t got a chance of passing it,” warns one Cabinet minister.

What, then, do the DUP need to come on board?

One Secretary of State who has kept open lines of communication with them, tells me that “by grim necessity, they will need something more than cosmetic concessions to vote for the deal”.

This minister explains that “the DUP want a bankable reassurance that the backstop won’t be permanent and that there won’t be progressive divergence between Great Britain and Northern Ireland”. 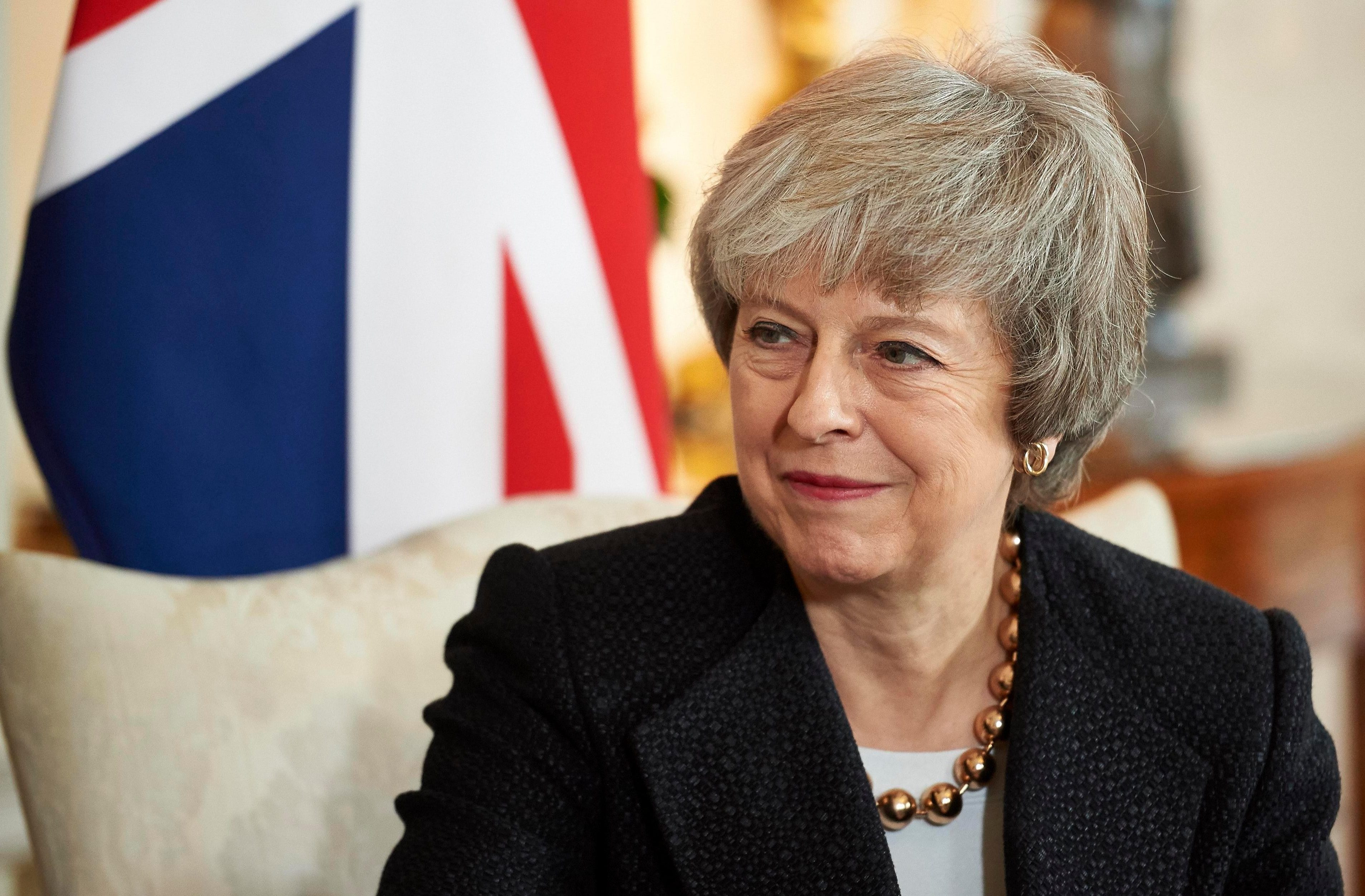 The good news for Theresa May is that, according to one of those intimately involved in the negotiations, “the DUP want to sort things out”.

“Relations between the leadership and the DUP had been in the deep freeze, they are somewhat better,” one Cabinet minister tells me.

Adding that “the carelessness with which some of the principals have been treated has been repaired”.

But the bad news for Theresa May is that the changes they want are significant — and the EU aren’t going to offer them up straight away. 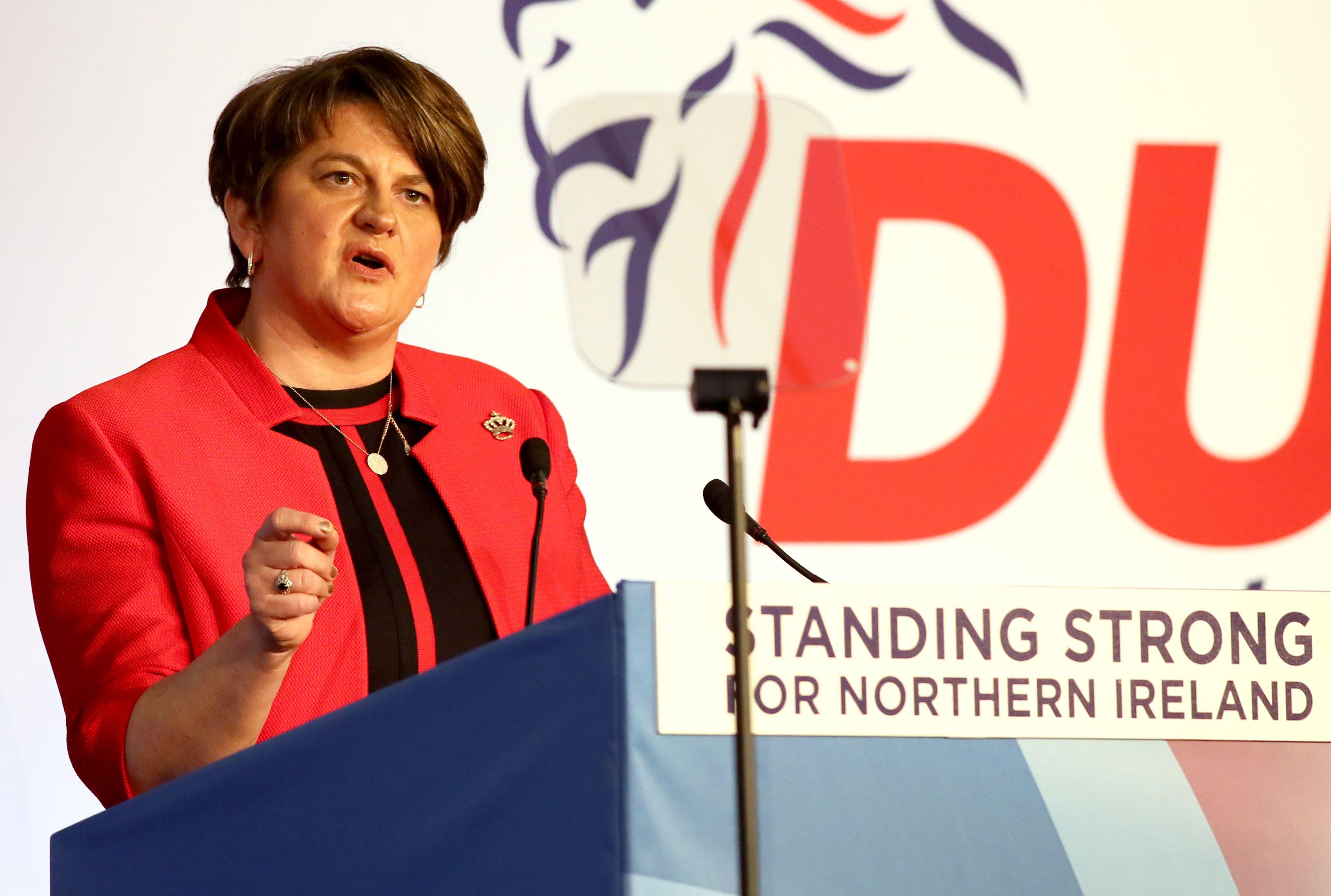 The only way to get these changes might be to have Parliament vote for them and tell the EU that this is how the deal can get through and see if they are prepared to cooperate, or whether they’ll crash the entire Brexit negotiation over these additions.

But one senior Cabinet minister laments that “Number 10 is miles away from being in that position”.

This Secretary of State is adamant that they are “going to have to move”.

Intriguingly, I am told the Irish have, via diplomatic back channels, communicated that one of the reasons they wouldn’t give May what she wanted at last week’s European Council was that they weren’t certain that what she was asking for would satisfy the DUP.

I understand that privately senior Irish figures have been making clear that if they knew precisely what the DUP wanted, they could then engage with that.

I am told the Government will devote the dog days between Christmas and New Year to exploring what the DUP will accept, and what the EU can give.

Getting the DUP back on board is vital for May because without that there is no chance of reducing the Tory rebellion down to a manageable size.

The Tory machine is having a bit of success in whittling down the numbers against May’s deal. 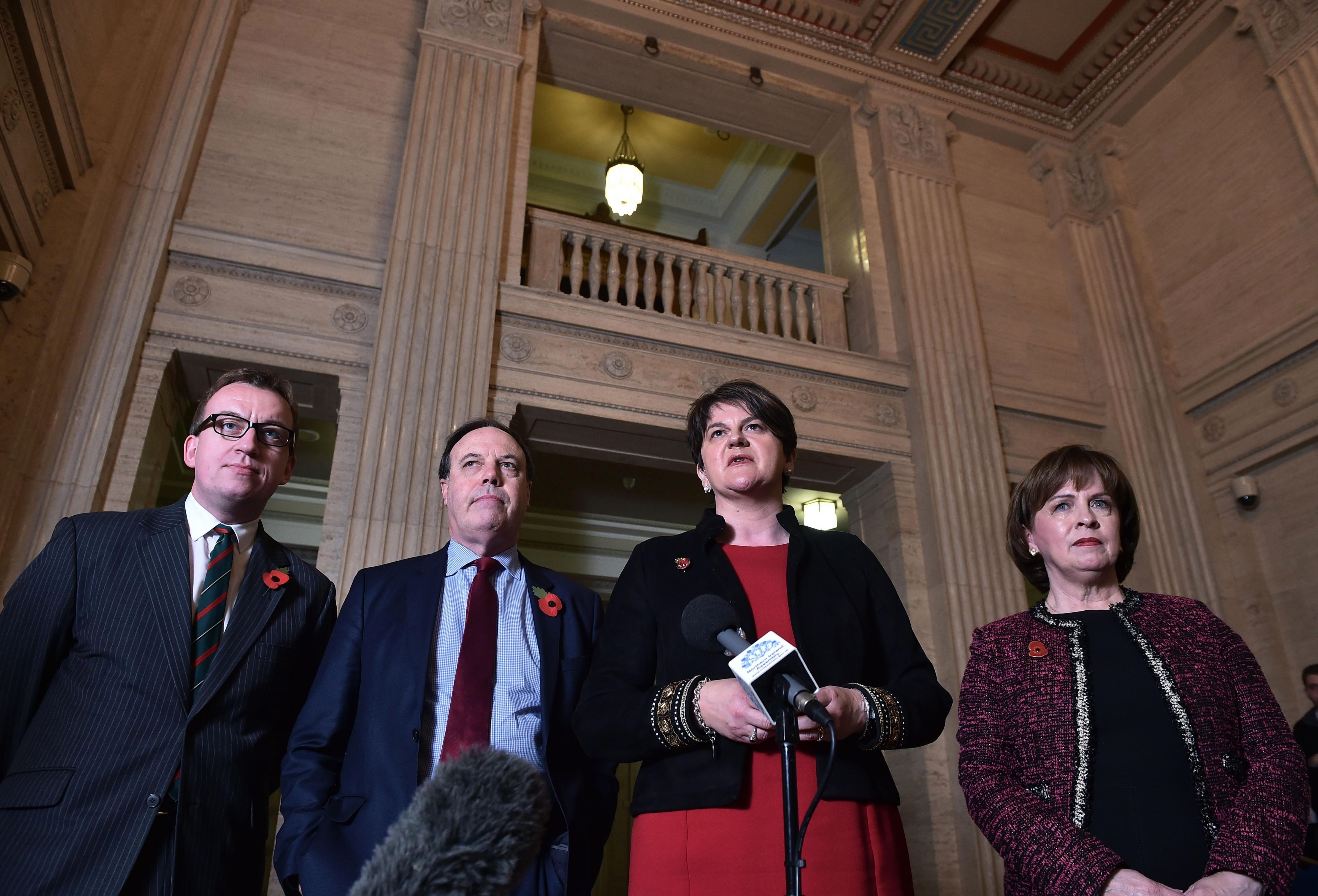 One hardcore Brexiteer admits that some backbench rebels “will go a bit soft”.

But this shift is not yet anywhere near big enough to save May’s deal.

Some in Cabinet are pinning their hopes on “people coming back after Christmas more pragmatic and less militant”.

But one of those who has been trying to reduce the rebellion wearily remarks, “I don’t see much evidence of that.”

The person who in Parliament, perhaps, knows the Tory Party best tells me that the equation is this: “If they get a legally binding codicil on the backstop, they’ll get it through.

Over to you, Mrs May.

Plot thickens over next leader

A TORY MP is already telling colleagues that he has submitted his letter calling for a no-confidence vote in Theresa May next December.

It is another reminder that the leadership issue isn’t going to go away. 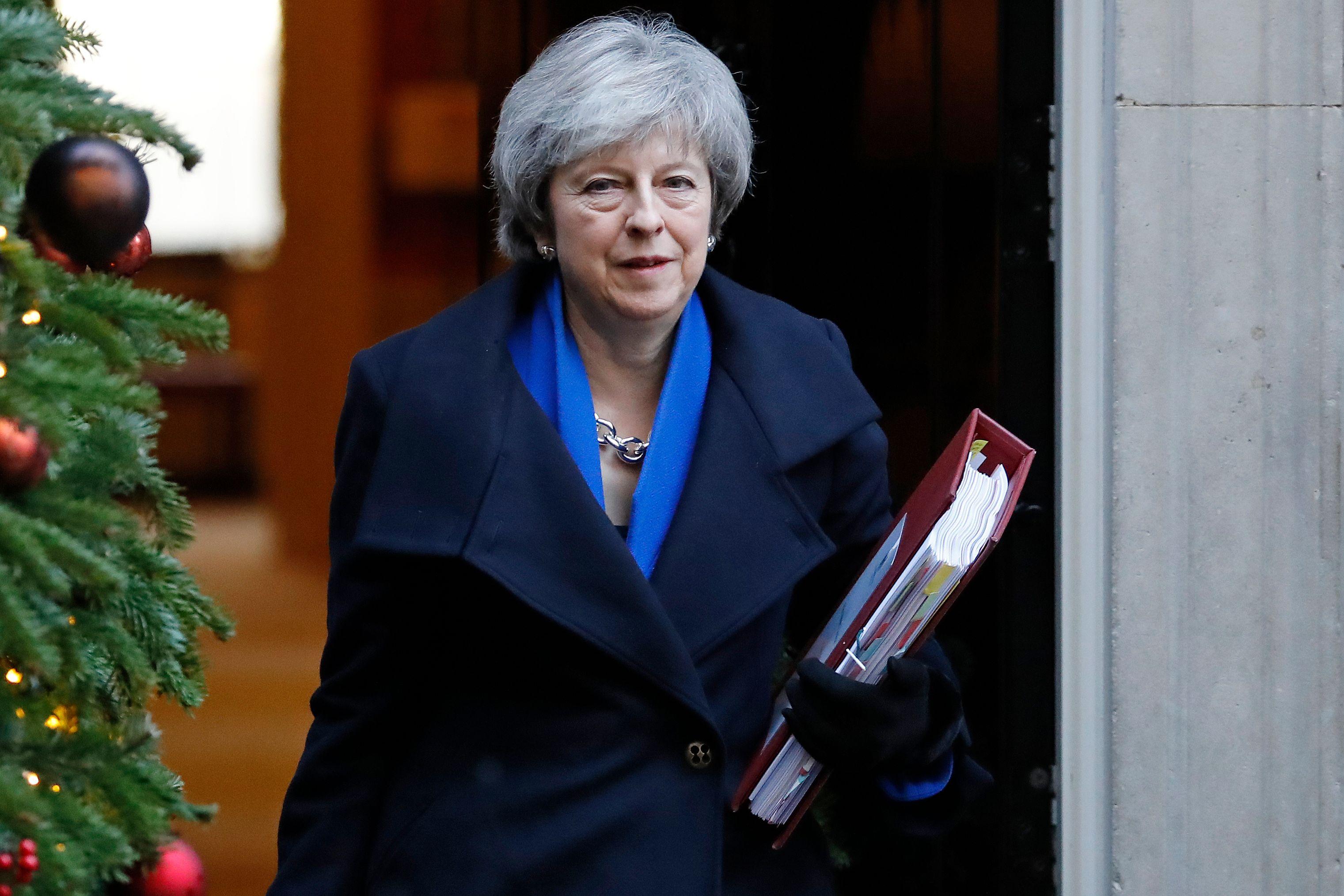 One loyalist Cabinet minister argues that if May makes it through Brexit, she should then announce the timetable for her departure at conference next year.

Having said when she’s off would probably be enough to prevent a confidence vote next December and allow her to leave with some dignity.

May, though, is unlikely to bite on this idea. 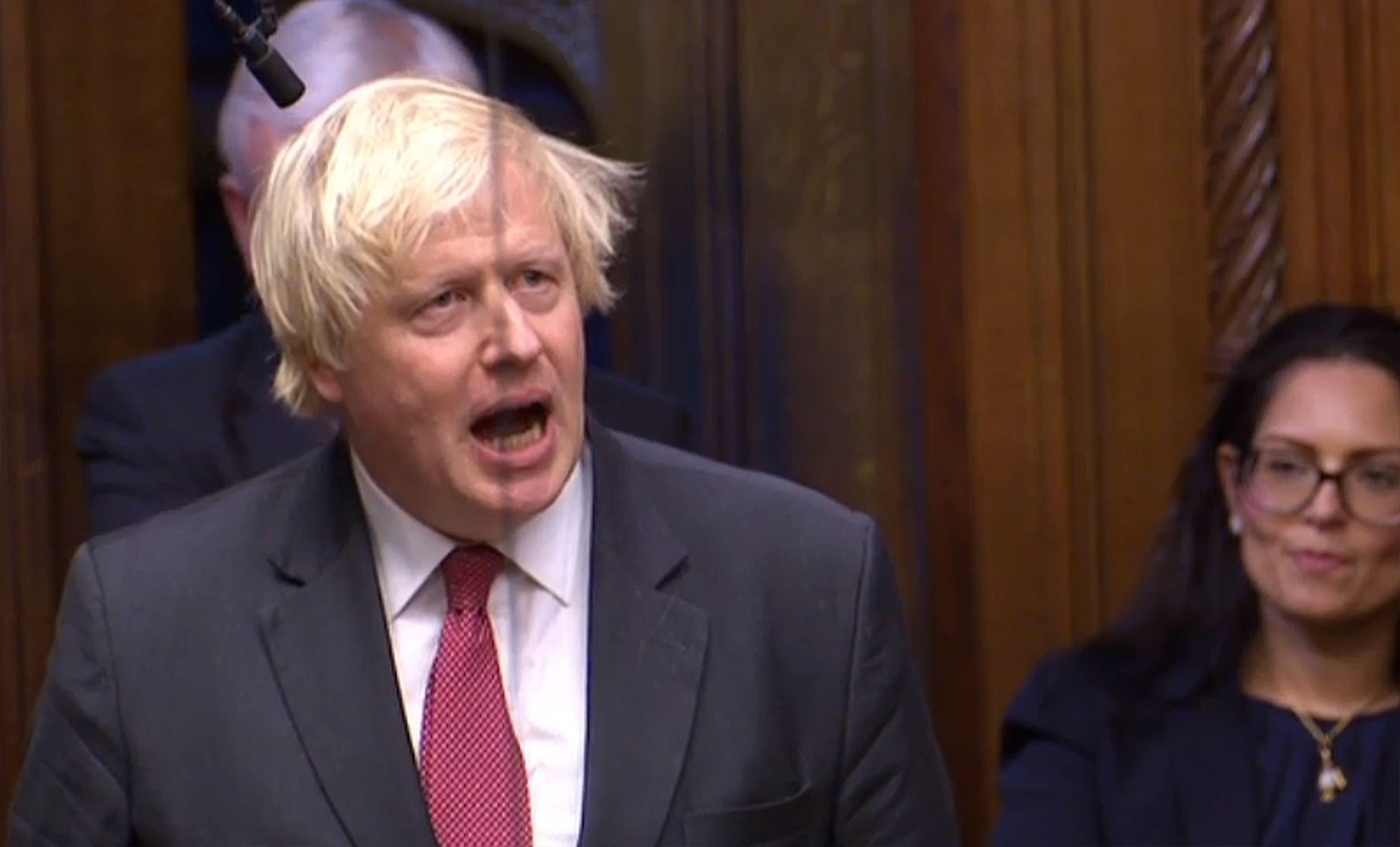 She is extremely resistant to boxing herself in on a departure date.

The confidence vote has won May some time.

But she won’t make next December if she interprets the result as a licence to carry on as before.

One senior party figure is already complaining that she’s “not prepared to make the personnel changes that would help her own position”. 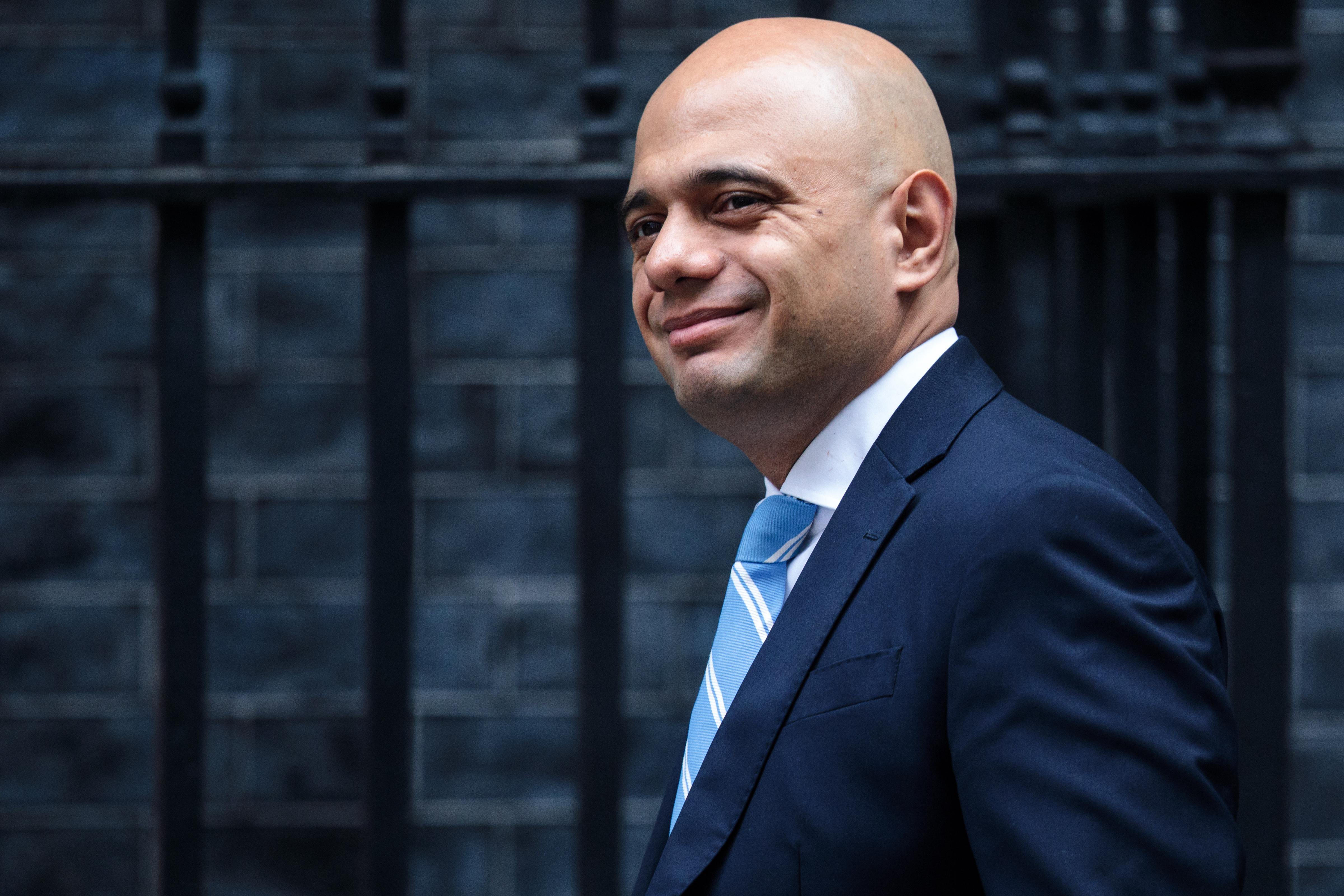 While one figure inside the Government machine fumes that “the left hand doesn’t know what the right hand is doing in Number 10 and that is causing havoc for the rest of us”.

Meanwhile, ambitious Cabinet ministers are continuing to lay the ground for their leadership bids.

But as one Secretary of State points out, “It is normally the manner and nature of the departure that determines the successor” which is one of the reasons why the coming Tory leadership race will be the most unpredictable contest in living memory.

THE Tory rage at Jeremy Corbyn over his alleged “stupid woman” comment at Prime Minister’s Questions was fuelled by a sense that the Speaker John Bercow is biased against them.

As Anna Soubry, who is normally infuriating her fellow Tories by calling for a second referendum, pointed out: If it had been a Tory man who had apparently said it about a Labour woman, Bercow would have been all over it. 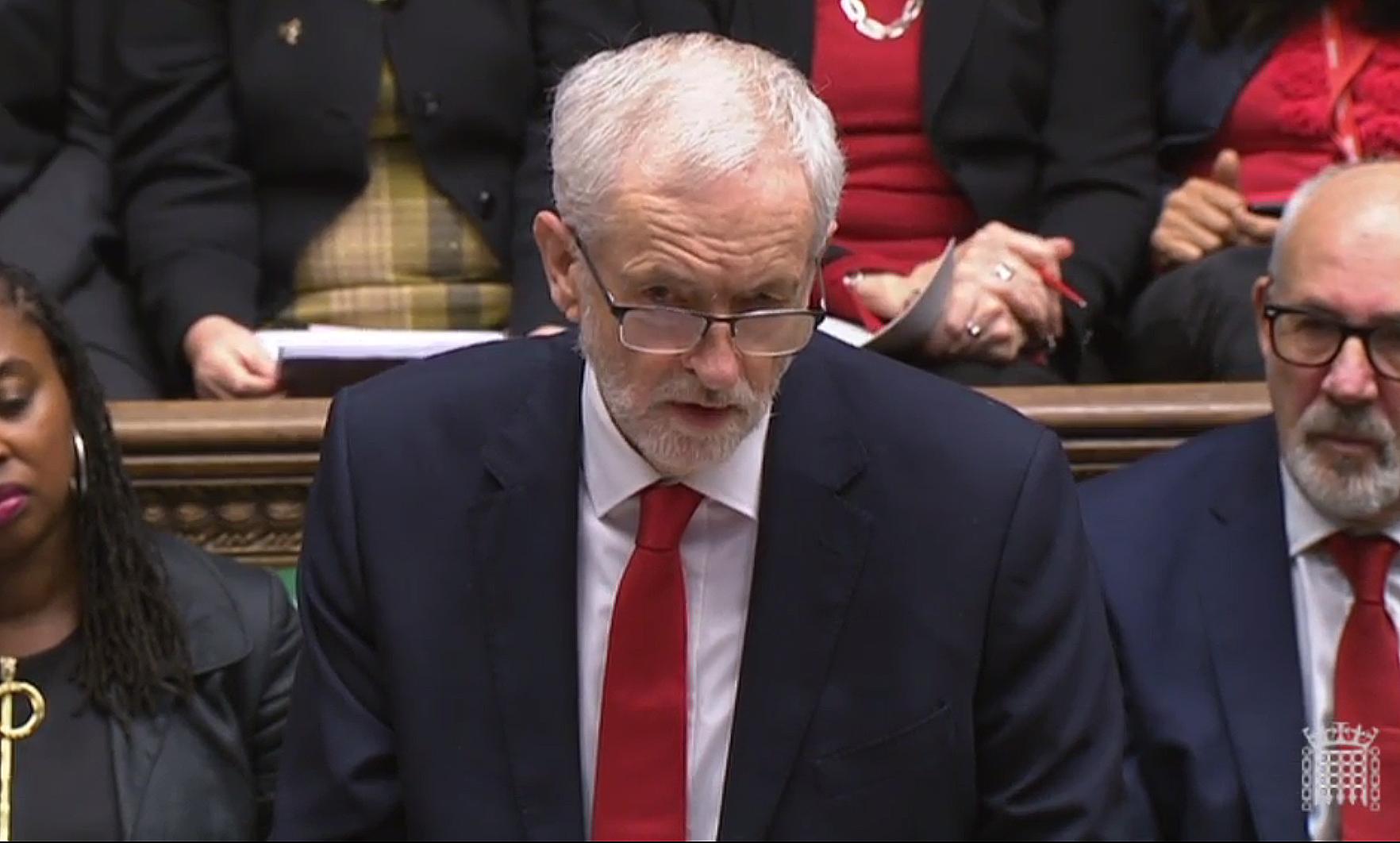 In recent months, senior Labour figures have openly admitted that they are prepared to turn a blind eye to the allegations of bullying against Bercow because they think he’ll help them on Brexit.

This is an untenable position – it is like a team keeping a referee on the pitch because they think he’ll give them a penalty in injury time.

As Wednesday showed, we are dangerously close to the Tory side of the chamber simply not accepting Bercow’s authority. 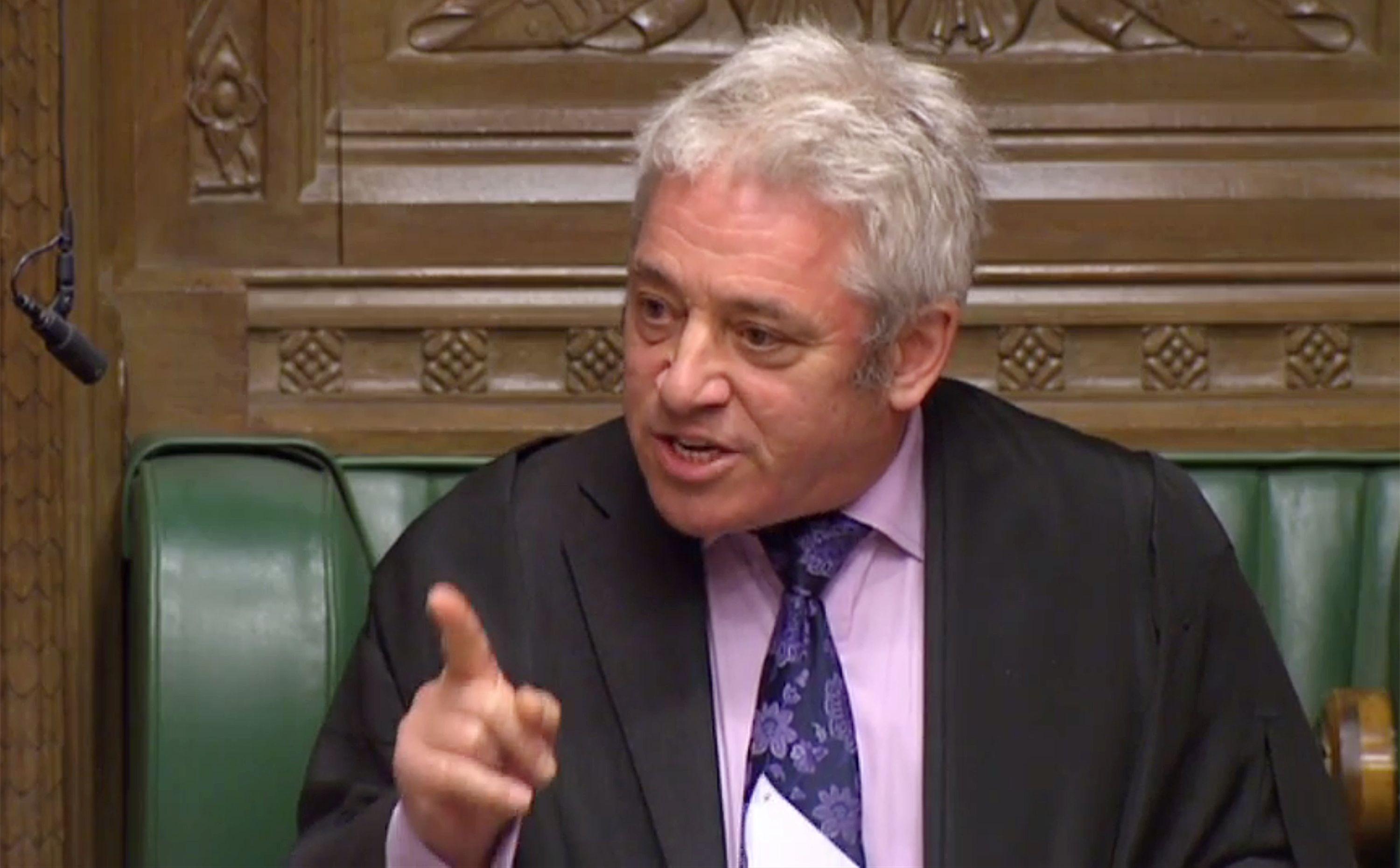 One senior Tory backbencher, who has defended the Speaker in the past, tells me “it felt like an insurrection”.

The tragedy of Bercow’s speakership is that once gone, the chair’s reputation for impartiality will be almost impossible to restore.

MPs will never again trust in the neutrality of the Speaker as they once did.

THERESA MAY is planning a New Year charm offensive as she tries to persuade Tory MPs to back her Brexit deal.

All of them – and their spouses – have been invited to a party in Downing Street in the week of January 7, which is when the Commons debate on her deal resumes. 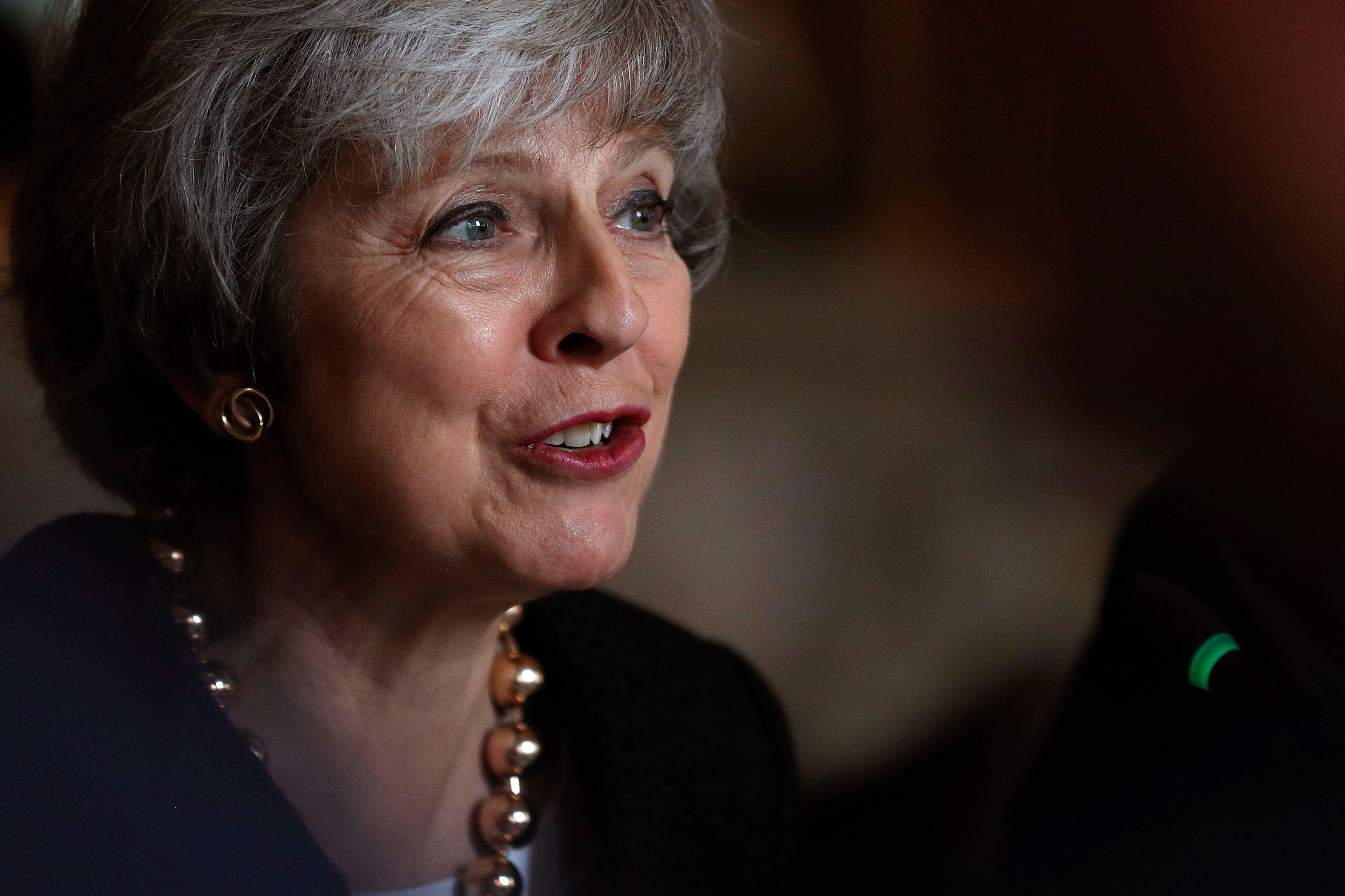 The implicit message is clear: If the Government falls over Brexit and the Tories tear themselves apart over the issue, then there won’t be any more invites to Number 10 for you and your partner for a very long time.

Whether this is enough to win round any wavering Tory MPs remains to be seen.

It is going to take more than a few drinks to make the hardcore Brexiteers swallow their objections to the backstop.

Even if Theresa May can win the big vote on her Brexit deal, she won’t be home and dry.

Once the vote is won, the withdrawal agreement will have to be turned into law. 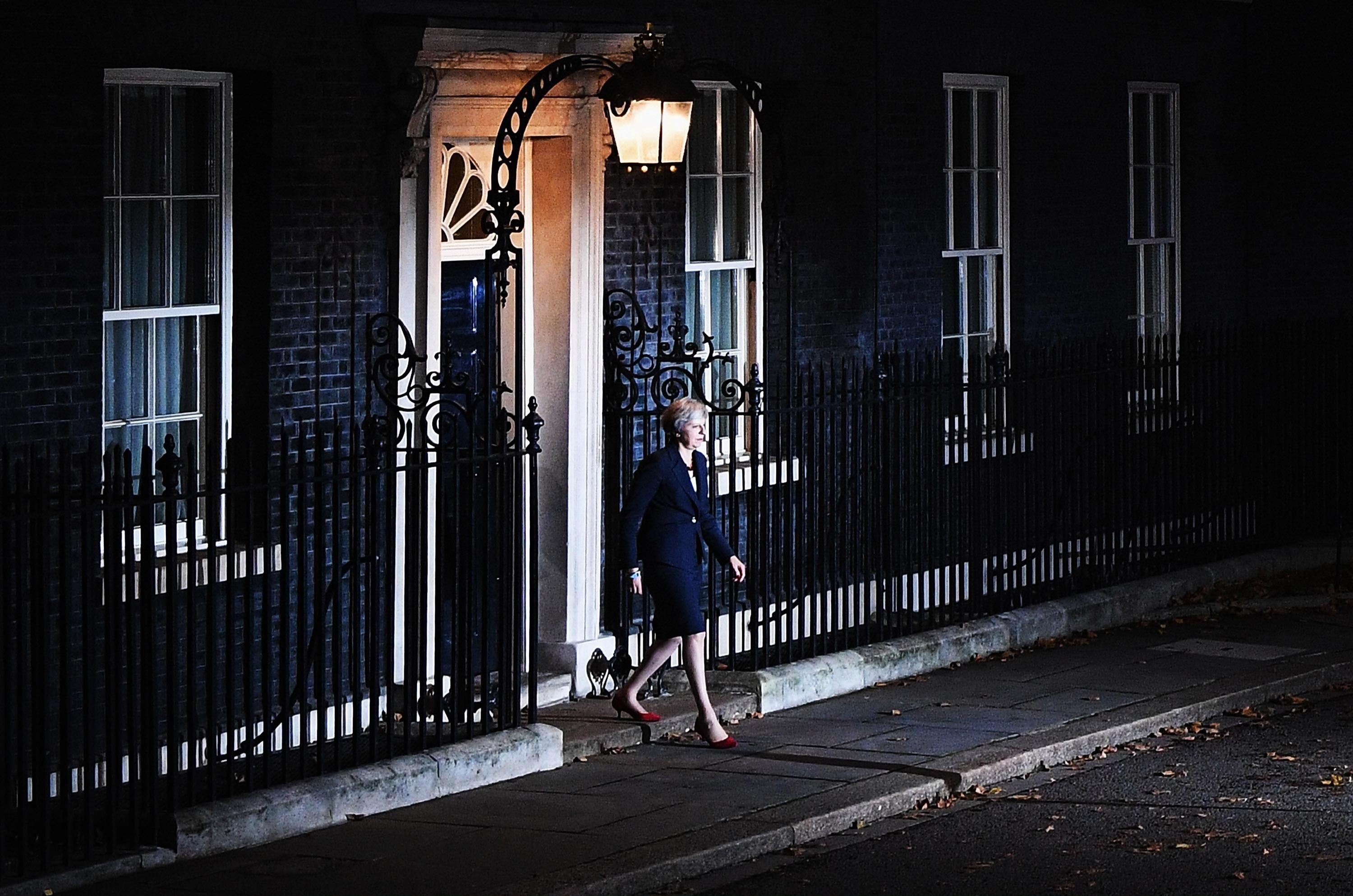 This will provide plenty of opportunities for guerrilla warfare in Parliament.

Cabinet ministers are particularly worried that rebels might put down an amendment making the payment of the £39billion divorce bill conditional on progress in the trade talks.

If that passed, the EU would say that the UK hasn’t ratified the agreement and so there was no deal.