LABOUR and Lib Dems were ruing the ‘curse of Hugh Grant’ after every candidate the actor campaigned with failed to win their seat.

Arch-remainer Grant, 59, canvassed with would-be MPs from both parties in the election run-up – before being sucked into a shameful anti-Tory rant on Twitter. 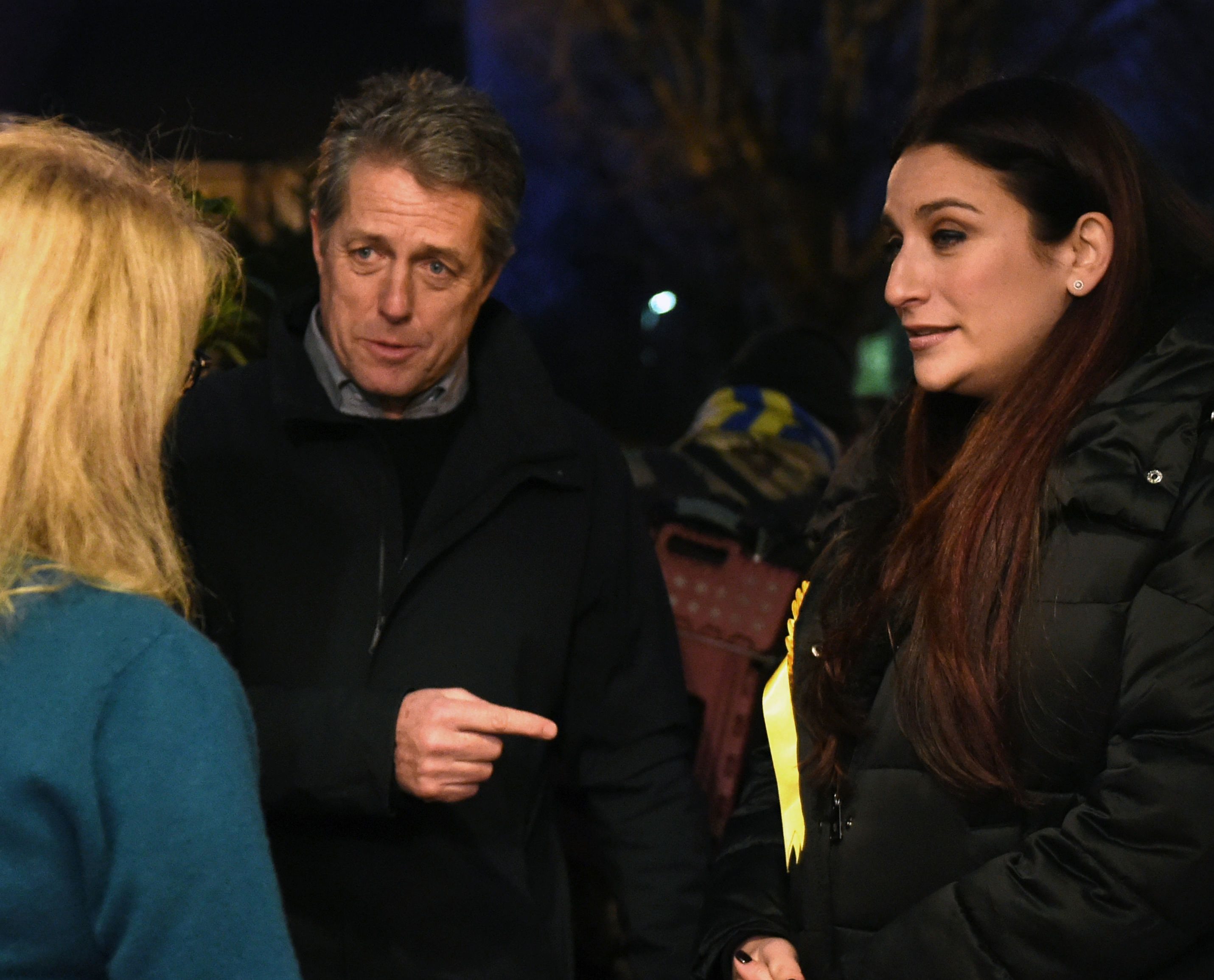 The Love Actually star gave Chukka Umunna the career kiss-of-death as the MP lost his parliament place by failing to secure City of London for the Lib Dems after canvassing with Grant.

The actor canvassed with Lib Dem candidate Monica Harding to unseat foreign secretary Dominic Raab, in his Esher and Walton constituency, Walton-on-Thames, but she too was beaten.

Grant also hit the campaign trail with Jewish ex-Labour MP Luciana Berger, who stood for the Lib Dems in Finchley, London but also lost to the Tories under the actor's ‘curse'.

The Four Weddings star was glum-faced at a London tapas bar at 10pm on Thursday with wife Anna Eberstein as the exit poll revealed Boris Johnson’s landslide.

As the reality of a Tory majority emerged he Tweeted: “There goes the neighbourhood.”

A witness said the downtrodden Love Actually star looked crestfallen and could not stop looking at his phone, as the exit polls emerged.

They said: “He and his wife sat at the bar and he looked increasingly glum as the night went on.

“They had beer and red wine and went home pretty quickly after the exit poll.”

Grant later criticised the electoral system that had failed to return the result he wanted before linking Boris Johnson’s victory to Germany’s far right.

On Thursday the Hollywood star was dragged into a Twitter-spat with Piers Morgan for accusing the Tories of running a campaign based on “lies.”

Following the resounding Tory win Piers Morgan replied to Grant's "neighbourhood" tweet with: “No, there goes your credibility. The British people listened to your democracy-wrecking garbage & told you to f*** off." 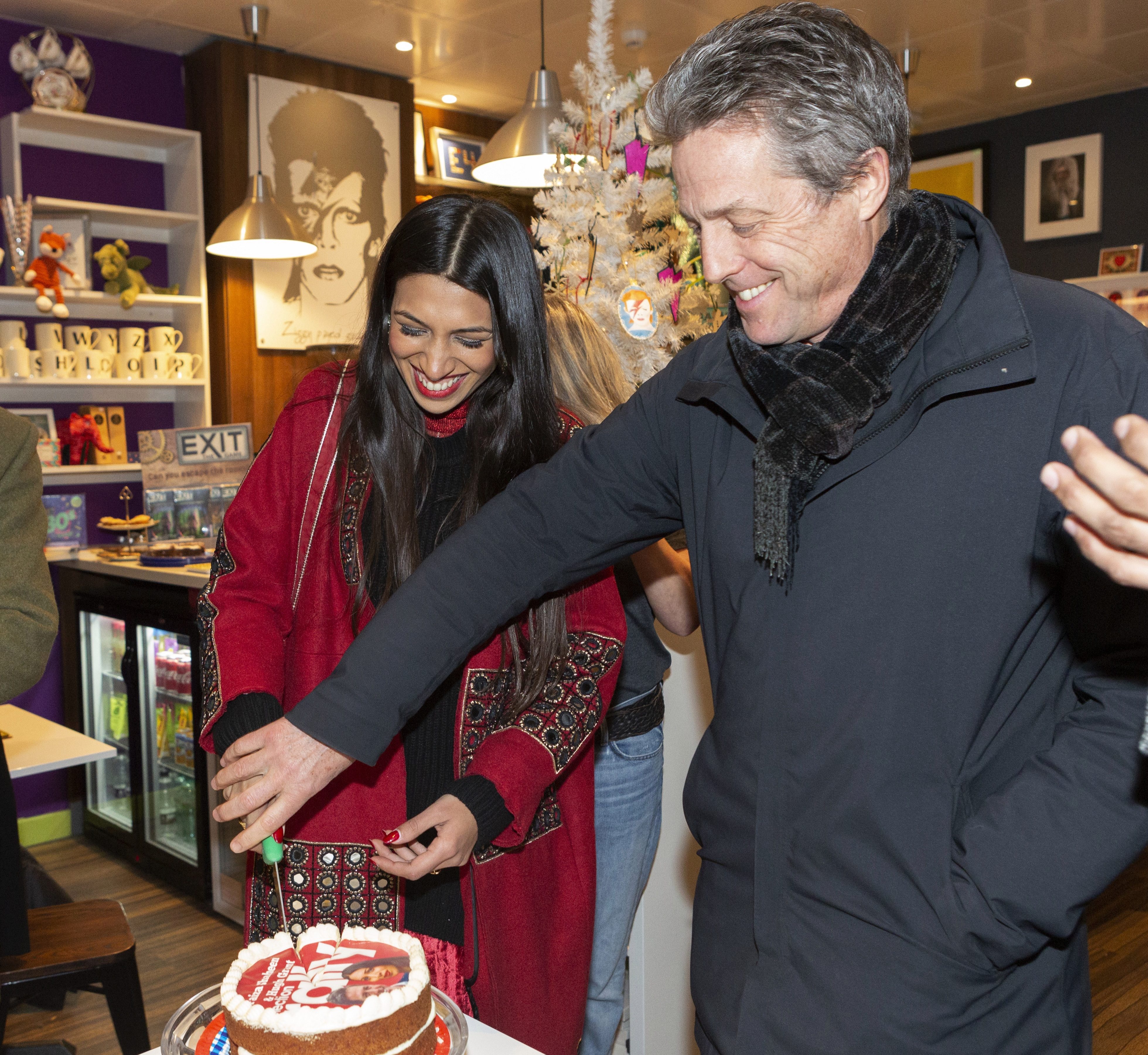 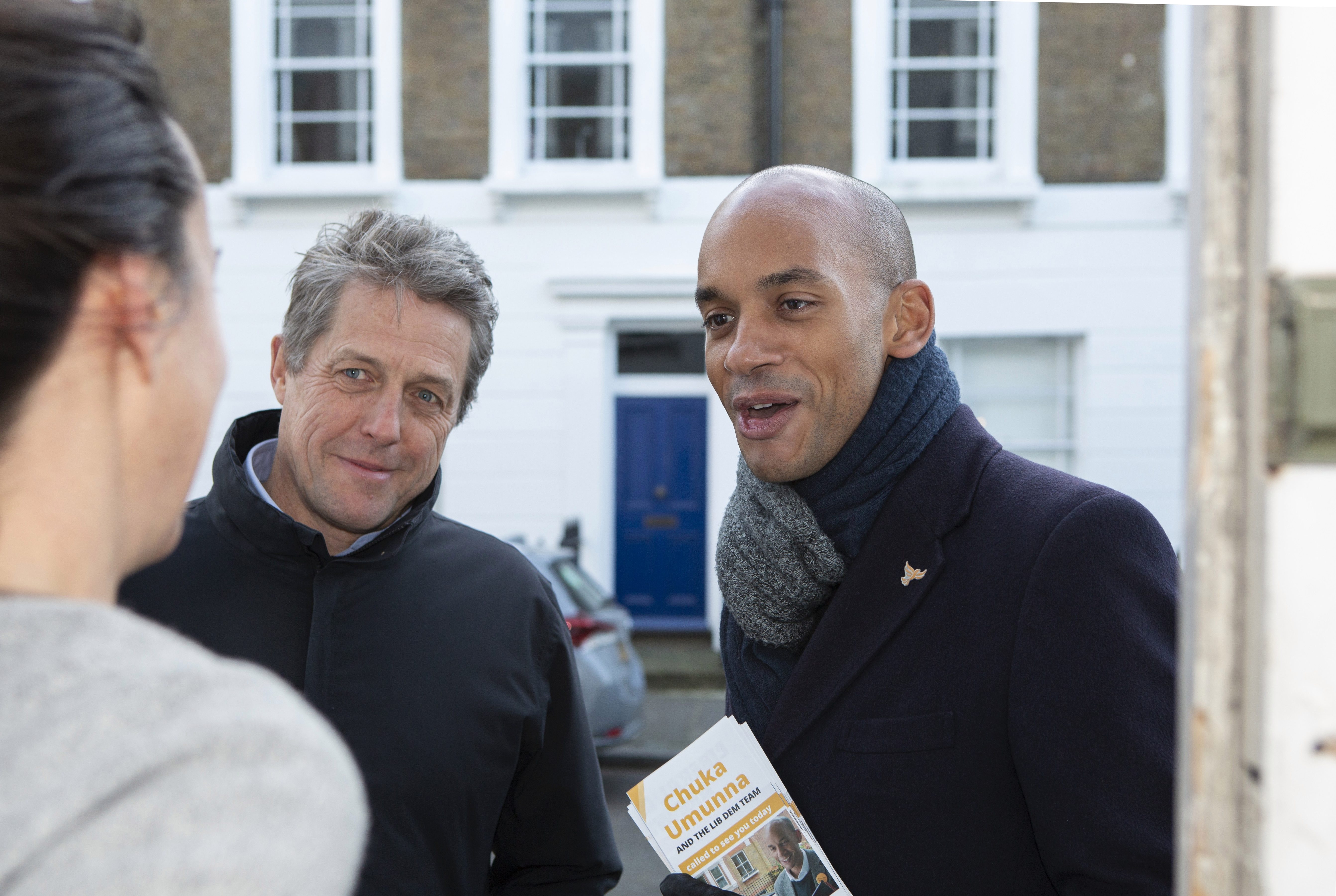 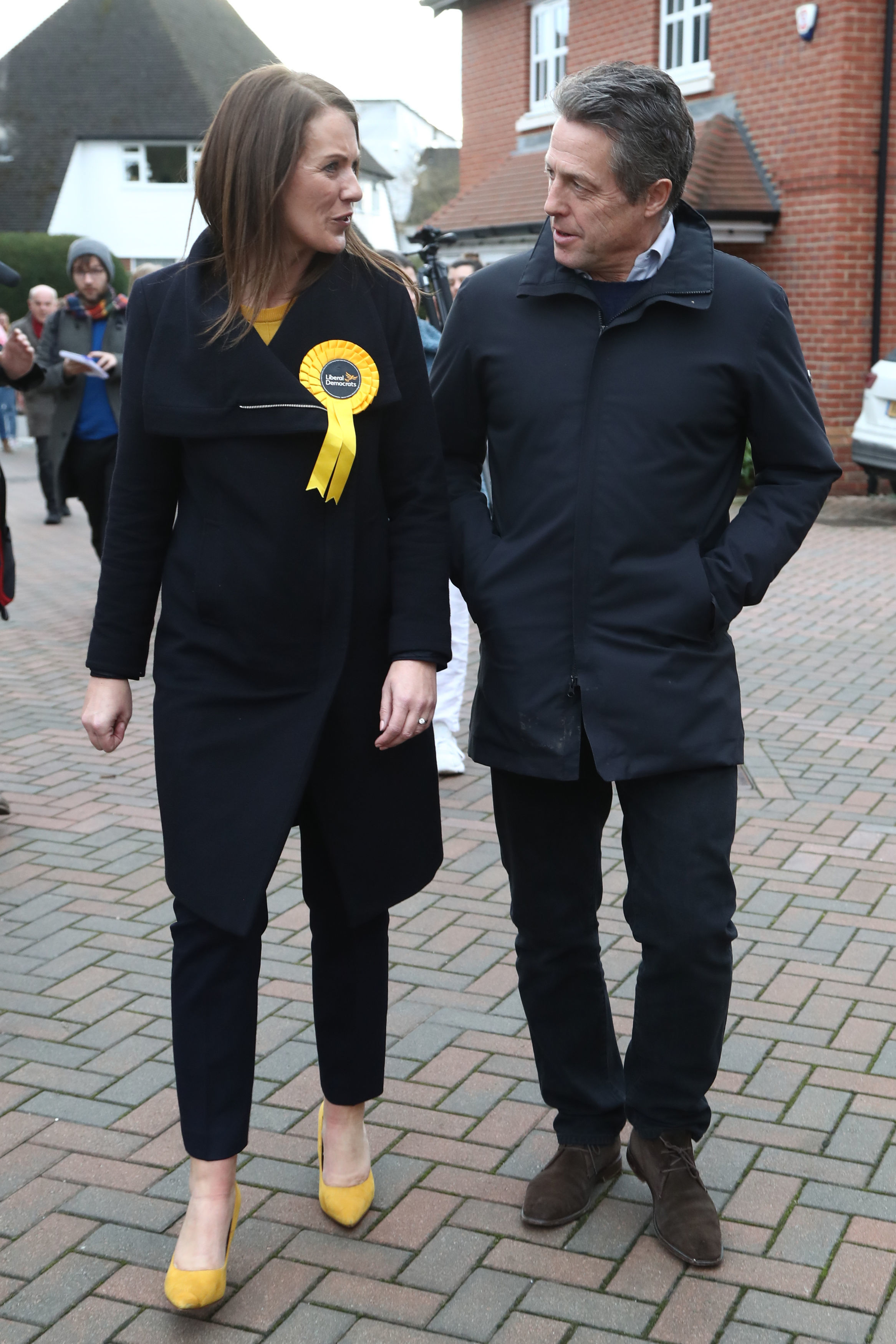 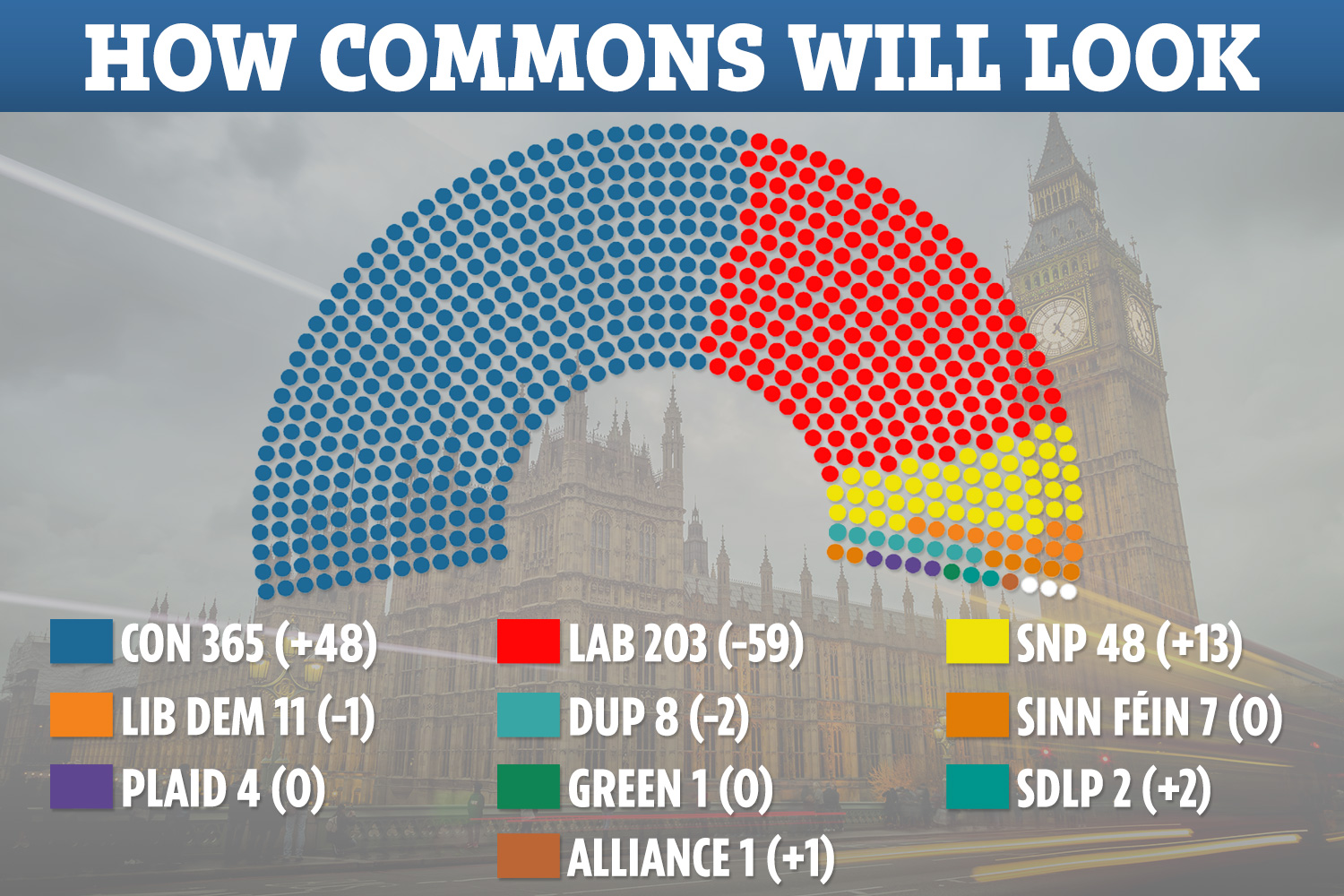