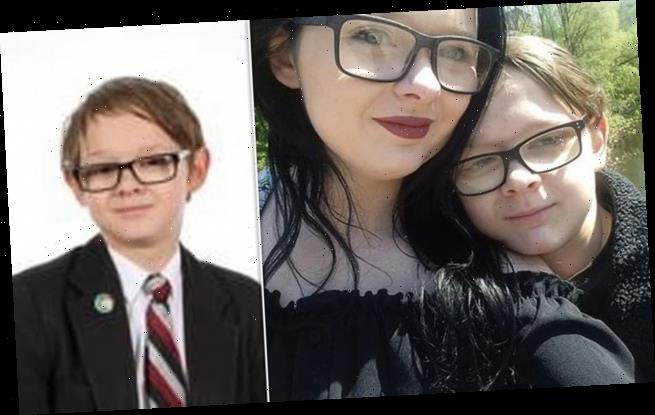 Schoolboy, 15, who suffered asthma attack died after his family’s 999 call was graded less serious by computer algorithm forcing his father to drive him to hospital instead, inquest hears

A 15-year-old schoolboy suffering a severe asthma attack died after his family’s 999 call was graded less seriously by ambulance staff due to a computer algorithm, an inquest heard.

Martin Sullivan, a talented musician from Ashton-under-Lyne, Greater Manchester, was fighting for breath on the morning of November 24, 2019, and woke his father, Roy, to tell him he could not breathe properly.

Mr Sullivan phoned the emergency services at around 6.10am and asked for an ambulance, telling the call handler his son was having an asthma attack.

When he was asked if his son was still conscious and breathing, Mr Sullivan had to give the technically correct answer ‘yes’, but he stressed that Martin was struggling for air.

The answers were fed into a computer, and Martin’s plight was graded ‘Category 2’ instead the most urgent ‘Category One’ response, reserved for immediate life-threatening emergencies.

After paramedics failed to show up at the family home promptly, Mr Sullivan decided to make the 10 minute journey to hospital himself with his son in the passenger seat.

The youngster was rushed into A&E but passed away two hours later in Tameside Hospital despite attempts to revive him.

Inquiries revealed an ambulance did eventually arrived at the family home 80 minutes after the initial call. The North West Ambulance Service later said a crew assigned to deal with Martin had been ‘tied up’ on another job in Stockport. 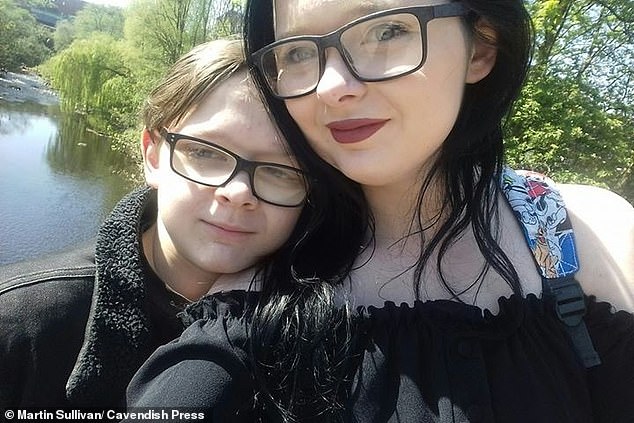 Martin was in Year 11 at Great Academy School in Ashton and had been active on the school council and local youth parliament. Pictured: Martin with his sister Rebecca

The Stockport hearing was told Martin was in Year 11 at Great Academy School in Ashton and had been active on the school council and local youth parliament.

He had previously been admitted to hospital twice after suffering asthma attacks in 2015 and 2016.

Although the youngster took regular medication, his parents believed his asthma was well managed and under control.

On the day of the asthma attack, Martin woke his father Roy and said he could not breathe properly.

Mr Sullivan told the inquest: ‘He took puffs on his inhaler, but that didn’t help and at 6.10am I called an ambulance. I told the operator Martin was having an asthma attack and he told me an ambulance was on its way and to call again if Martin’s health deteriorated.

‘Over the next 10 minutes, it worsened and I called back and I told the operator that Martin’s condition was getting worse. The operator again said an ambulance was on its way but we waited for 20 minutes and it did not arrive.

‘I put Martin in my car myself at 6.50am and left and during the journey, I spoke to Martin to try to keep him alert. 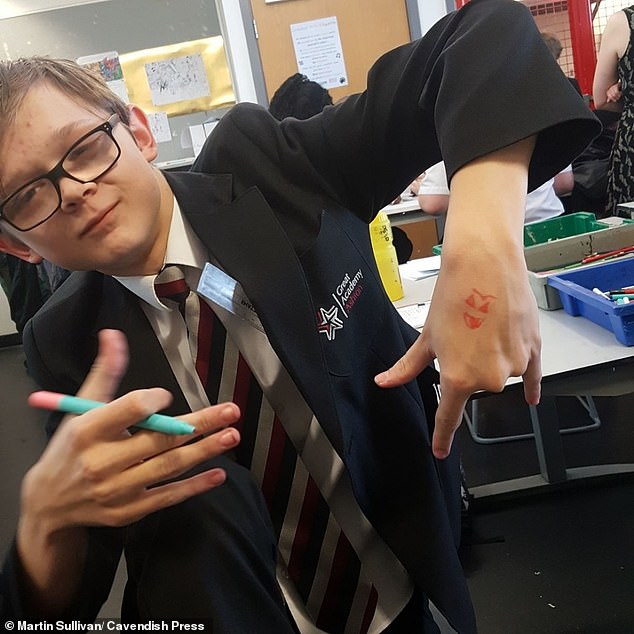 On the day of the asthma attack, Martin woke his father Roy and said he could not breathe properly

‘I was shocked on the way to see there were two ambulances parked in front of the depot and did not understand why none had been sent to our house.

‘Martin then became unresponsive in the car and we arrived at A&E at 7am. The doctors said Martin may not survive and he was pronounced dead at 8.23am as there was nothing they could do to bring my son back. Later that evening, two paramedics told me they were 16 miles away.’

Mr Sullivan added: ‘I felt they did not understand the gravity of what happened to my son. Martin couldn’t breathe properly, and I told the operator on the 999 call that he was struggling for air yet my call to 999 was classified as a Category Two.

‘Had Martin been assessed as a Category One, I wonder if he would have got the treatment he needed. The service was obviously stretched and unable to cope with high demand. But people shouldn’t lose their lives over this.

‘There is simply no excuse. There should have been more resources. Martin was a conscientious and loving boy. We will miss him for the rest of our lives.’

Daniel Smith, interim head of service for Greater Manchester at NWAS told the hearing call handlers would ‘ask specific questions and a computer algorithm will then determine the category of the call’ based on the answers.

From there the case is passed onto a ‘dispatcher’ of an ambulance ‘in the particular area that the call is being made.’ Mr Smith added: ‘That day there were some delays. The overall ambulance turn-around for hospital was 35 mins, which is five minutes more than the desired time. 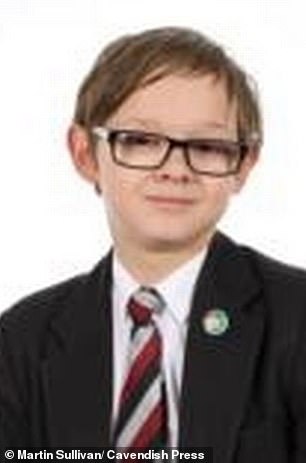 On the day of the asthma attack, Martin woke his father Roy and said he could not breathe properly

‘It was November and we were experiencing turn around delays at a number of hospital sites just because of the pressures on the hospital system at that time.’

He said two ambulances parked up at a depot near to the Sullivan’s house may not been one of the vehicles dispatched to respond to the call and that the paramedics who drove them may have been taking their meal break at the time.

Martin’s sister Rebecca said: ‘Martin’s mother still washes clothes for him and cooks meals for him every day, hoping that he will come home one day. He was a clever boy and hard working. He would help friends if they needed guidance. He loved to help others.

‘He had the potential to achieve whatever he desired and would be successful. We are so proud of Martin and everything he achieved. He was encouraged to join the local youth council. He managed to get 10 boxes of food to give to the local food bank.

‘He would have made a fantastic MP, with the courage and conviction to do the right things. I wonder what changes he would have brought into the world.. Me and Martin were two peas in a pod. Wherever Martin was, I wasn’t too far behind. Our family will never be the same.’

Alan Archer Senior Patient Safety Manager at NWAS said call handlers would ask two questions to determine whether someone is in category One: ‘Is the person breathing?’ and ‘is the person awake?’ and said had the answers given determine if an immediately life-threatening situation. As Mr Sullivan answered ‘yes’ to both of these questions, Martin was classed as a ‘category two’ patient.

Mr Archer confirmed even if Martin was having trouble speaking between breaths, he would still be classed as a ‘category two’ case. When asked why Mr Sullivan wasn’t told to go to the hospital, Mr Archer explained: ‘In November 2019, that wasn’t the protocol. We would not normally give that information. We provide a lot more information now. At the time, that wasn’t something that was routine practice.’

‘We’re careful not to create expectation by providing that information. The correct code and category were created as a result of that call handler’s actions at the time. The system was followed.’

He said there are now clinicians on calls who question if someone needs to move between Category Two and Category One.