Alesha MacPhail’s mother says Aaron Campbell, 17, who raped and murdered her six-year-old daughter will kill again once freed after his sentence is cut by three years

Alesha MacPhail’s mother has warned the twisted murderer of her six year old child will kill again when he is released from prison, in a brutal rebuke to judges who cut three years off Aaron Campbell’s minimum term.

Georgina Lochrane told the Daily Record: ‘I’m worried for the future generations of children who will be running about when he gets out. He’s a danger to children and he’s always going to be.

‘Courtney will be 29 when his time is up. When Alesha died we were sent away for a while and I lasted one day because I was so paranoid he would break out of jail and come and take Courtney.

‘He’s the worst of the worst and they’ve caught him on his first kill. We could be sitting here with ten children dead if they hadn’t caught him – and I don’t think he would have stopped until he was caught.’ 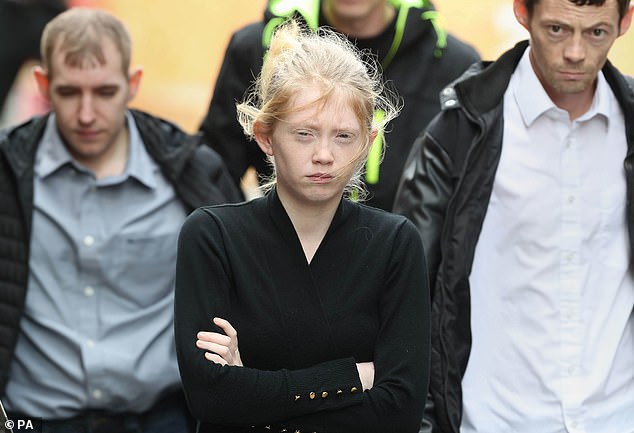 Georgina Lochrane said of Campbell: ‘He’s a danger to children and he’s always going to be’

At the Court of Criminal Appeal in Edinburgh, Campbell’s lawyers said the day may never come when he is safe to be released.

But they argued the sentence imposed on him was ‘excessive and amounts to a miscarriage of justice’ as he was just 16 when he committed the crime.

Aaron Campbell raped and murdered little Alesha after taking her from her bed just a few days after she arrived on the Isle of Bute last July. He then left her body on a patch of wasteland.

There was anger on the island yesterday after the Scottish appeal court cut his minimum jail term to 24 years, meaning he could be freed three years earlier than previously thought.

Alesha’s uncle Calum John MacPhail said he was ‘angry, upset and disappointed’ that Campbell had been allowed to ‘play the system’.

He said: ‘The justice system has been give, give, give to him and take away from us. He plays the system and it works for him every time.’ 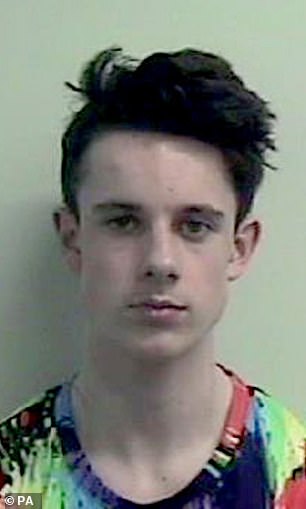 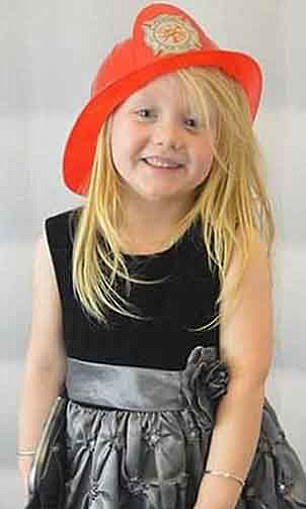 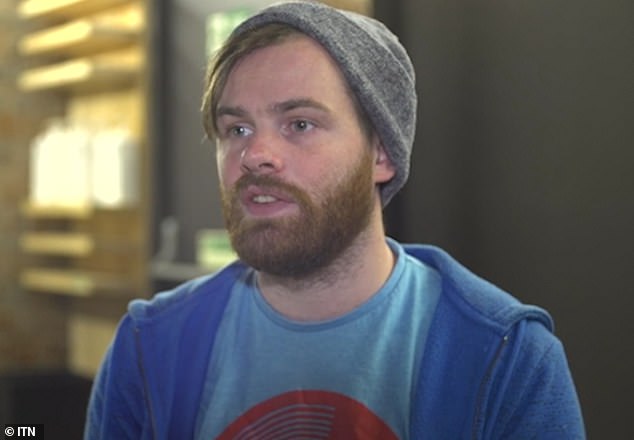 Mr MacPhail told ITV News: ‘I’m losing the trust or the faith I had in the justice system to protect people.’

‘It’s very frustrating and hard to put into words how angry, upset and disappointed I am in the current justice system that would allow someone like him to have an appeal and then, two, to grant that appeal and then grant him three years less that what he was already given.’

He said Campbell had tried to get off the charges before finally admitting to a psychologist what he had done.

Mr MacPhail continued: ‘After spending 10 days in a court listening to everything, seeing stuff that I will never, ever go back out my mind and hearing how soul-destroying it was, not only for ourselves but for everyone else involved in the case.

‘We can’t do anything to the system other than now what I’m doing in trying to get this law changed, so that people like him do not have the opportunity to go into a court, lie for the best part of 10 days then change and turnaround and say ‘do you know what, I actually did do it. But at the end of the day, I’m going to get a lesser sentence and then I’m to appeal it and you’re going to give me everything I want’.’

The Court of Criminal Appeal in Edinburgh cut Campbell’s 27-year minimum term to 24 years after finding it was ‘excessive’ for his age. Campbell was 16 when he carried out the shocking crime. He is now 17. 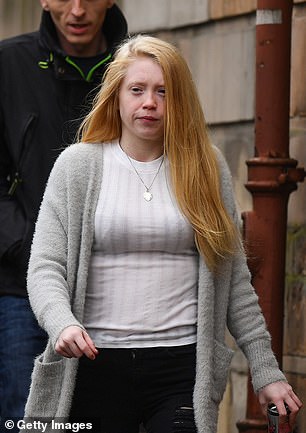 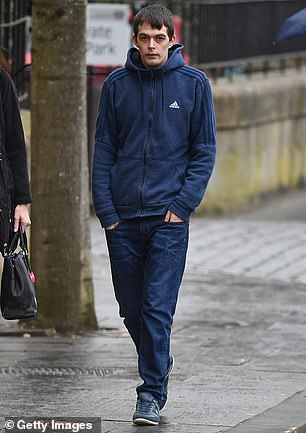 Alesha’s parents Georgina Lochrane and Robert MacPhail pictured at the time of the trial. They were present at the appeal hearing last month 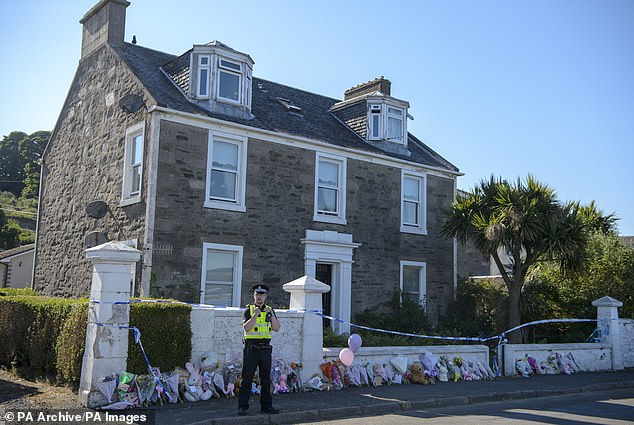 Alesha, from Airdrie, Lanarkshire, was reported missing while visiting her grandparents on the island on July 2 last year.

She was taken from her bed to nearby woodland after falling asleep watching Peppa Pig and subjected to harrowing abuse.

Her naked remains were found two hours later in the grounds of the former Kyles Hydropathic Hotel.

An autopsy found that Alesha had suffered 117 injuries and died from compression.

Jailing Campbell earlier this year, Judge Lord Williams told him: ‘You committed some of the wickedest most evil crimes this court has ever seen.’

Legal sources described him as a ‘serial killer who was caught on his first killing’. 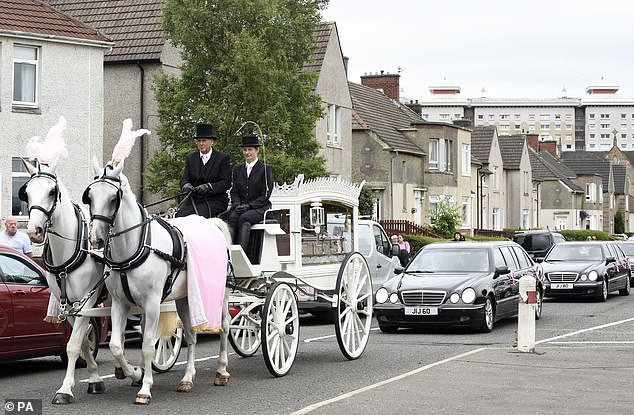 The appeal hearing was told disturbing details about Campbell’s continued fascination with paedophilia and necrophilia.

Information published in the judgement included details from an interview between Campbell and psychologist Dr Macpherson.

‘He wished to point out that he was not fantasising about this, but ‘acting on his thoughts’.’

Talking about his time in the house where Alesha was staying, he said:  ‘All I thought about was killing her once I saw her.’

The psychologist stated: ‘He appeared irritated by the medical evidence that the child was alive at the time of the sexual assault as this would not have fulfilled his desire for necrophilia.’

The teenager was a heavy drinker and cannabis user who was addicted to violent computer games and obsessed with the number of followers on his YouTube channel.

Today, three judges ruled his sentence should be reduced to 24 years on account of his age at the time of the murder.

The ruling from Lord Drummond Young, Lord Menzies and Lord Justice Clerk said: ‘Against the cases to which we have made reference, a punishment part in excess of 20 years was plainly merited.

‘We have concluded that a punishment part of 24 years would be appropriate to reflect the appellant’s youth.

‘We will accordingly allow the appeal to the extent of substituting that period for the sentence imposed.’

The appeal judges added: ‘As with all punishment parts, this is not an indication of the date when the appellant will be released.

‘It specifies rather the period which must pass before the appellant may even apply for parole.

‘As the trial judge had observed … ‘whether (the appellant) will ever be released will be for others to determine but as matters stand a lot of work will have to be done to change (the appellant) before that could be considered – it may even be impossible’.’ 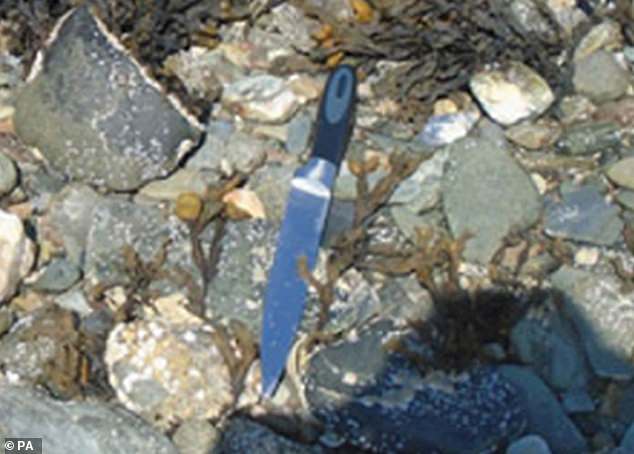 A knife, which was found on the shoreline opposite the house where Alesha was staying

The appeal was first heard in August at the Criminal Appeal Court in Edinburgh, with Alesha’s parents Robert MacPhail and Georgina Lochrane in the gallery.

Campbell was linked into the courtroom via video, showing no emotion during the hearing.

During the nine-day trial in March, Campbell tried to convince the jury he had sex with Toni McLachlan, the girlfriend of Mr MacPhail, on the night of the murder.

He later confessed the crime to those assessing him ahead of the sentencing, saying he was ‘quite satisfied by the murder’.

Alesha, from Airdrie, North Lanarkshire, had been staying with her family on Bute during the summer holidays.