New Mexico: The US state of New Mexico has fined Rust Movie Productions LLC its maximum citation of $US137,000 ($184,000) for safety lapses leading to what it called the “avoidable” fatal shooting of cinematographer Halyna Hutchins last year during the filming of Rust.

An investigation by the state’s occupational health bureau (OSHB) found the production company knew firearm safety procedures were not being followed and demonstrated “plain indifference” to the hazards, the New Mexico Environment Department said on Thursday (AEST). 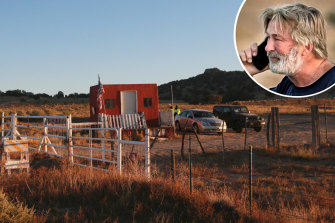 Hutchins was killed in October when a revolver actor Alec Baldwin was rehearsing with during filming in New Mexico fired a live round that hit her and movie director Joel Souza, who was injured but survived.

Rust Movie Productions has previously said it was not aware of lapses in set safety during filming.

“While we appreciate OSHA’s time and effort in its investigation, we disagree with its findings and plan to appeal. Our thoughts and prayers remain with Halyna’s family,” Rust Movie Productions spokesman Stefan Friedman said.

Baldwin has denied responsibility for Hutchins’ death and said live rounds should never have been allowed onto the set.

In a television interview, the actor said he did not pull the trigger of the replica Colt .45 revolver and it fired after he cocked it.