ALDI have apologised after a disgusted customer opened a can of chicken soup so mouldy she mistakenly thought it contained an animal ‘paw’.

The can of Soupreme  chicken soup had a date in 2020 but was full of thick black gunk.

Claire-Louise Fraser-Hastings said she was physically sick as a result of the smell of rot that emerged. One person who looked at the picture online claimed to have vomited. 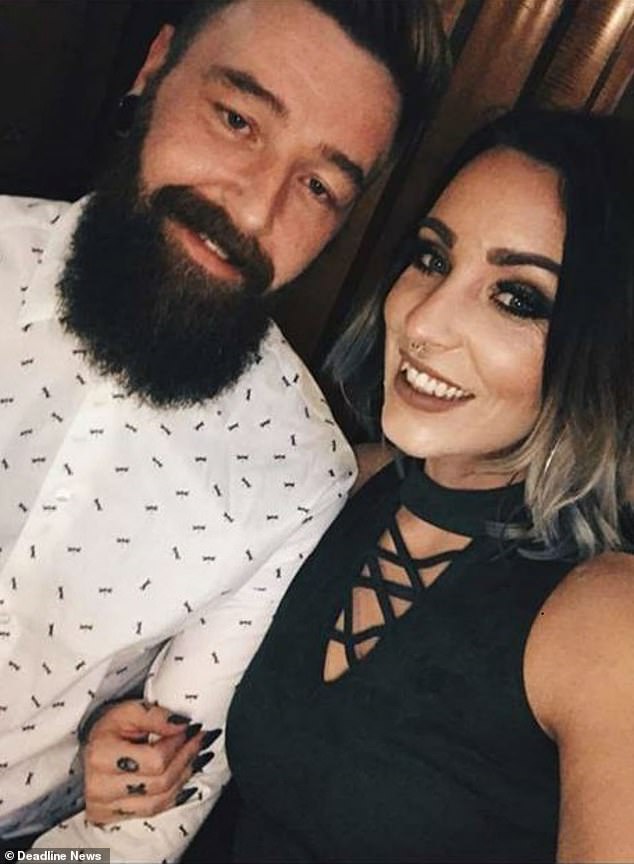 Claire-Louise Fraser-Hastings opened a can of chicken soup from her local Aldi store in Washington, Newcastle-upon-Tyne to discover the contents had gone off

The 29-year-old from Washington, Tyne and Wear, posted on Aldi’s Facebook page on Thursday: ‘Opened a can of Soupreme chicken soup bought from Aldi Washington on Tuesday night and found a foreign body in it.’

The council worker mistakenly told the firm: ‘You can see what appears to be a paw on the bottom right of the photo.

‘Emailed the evidence to complaints, and I have been offered a £5 voucher for the store. Not really acceptable considering myself and my family eat this regularly.’

She added: ‘Obviously soup is made in a batch, and the woman dealing with the complaint advised that the rest of the batch will be fine. She’s also advised it is dry mould. 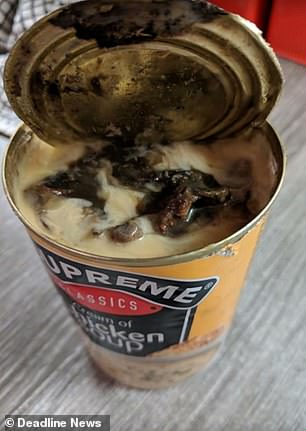 ‘How can something dry in a liquid? Food Standards and Environmental Health  will be contacted.’

Ms Fraser-Hastings added today: ‘The smell of rot coming out of the tinmade me physically sick.

‘It’s a solid mass. You can pick it up, hasn’t disintegrated at all, which you would expect of mould.’

That is disgusting! However, the response you have received is even worse!’

However some people may have figured out the cause for the unusual solid mass.

But Rachael Louise Robson correctly pointed out: ‘It’s not a chicken foot. Soup is blended. It’s just mould probably from the tin being bashed or an 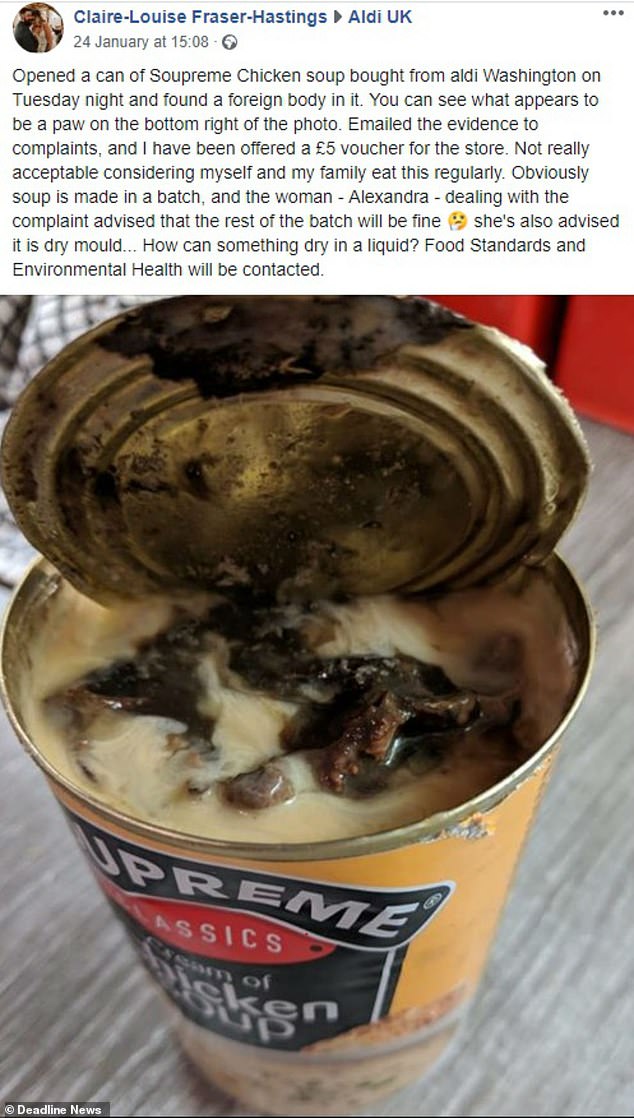 Aldi said the can may have been damage allowing the contents to be exposed to air allowing the mould to grow. A spokesman for the company said this a very rare occurrence

An Aldi spokesperson said: ‘While exceptionally rare, if a can is damaged it can result in the product being exposed to air and going mouldy, as has happened here.

‘We have apologised to Ms Fraser-Hastings and have asked her to return the product to store for a full refund.’