Dreaded Alabama Rot is set to bring heartbreak for owners going out with their dogs to walk off festive food as the bug thrives in cold, wet woodlands. 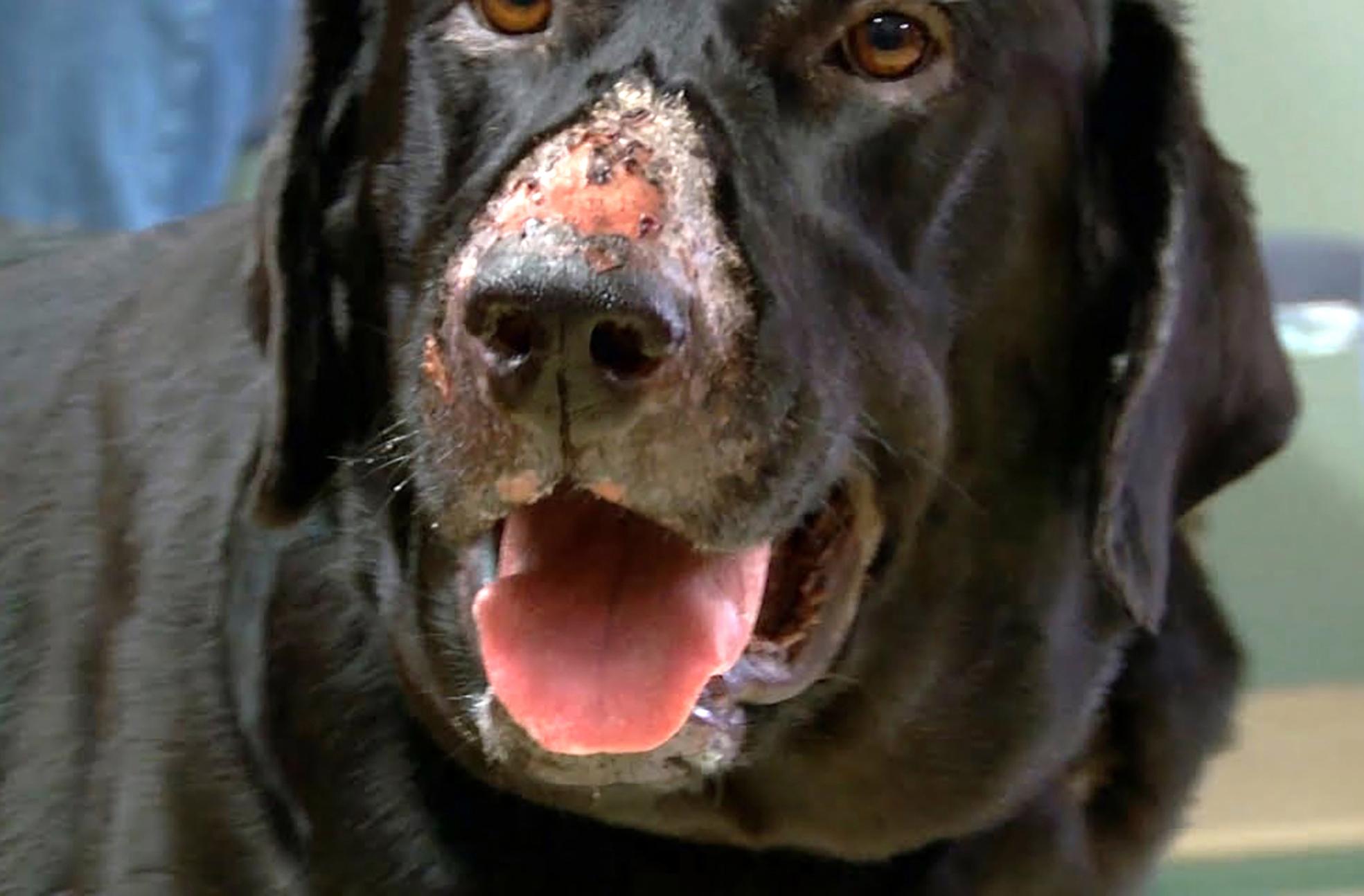 Vets confirmed today that there's been a new outbreak of the disease which gnaws the flesh of dogs.

And a pet has already died after being taken for a walk at Goonhilly Down in Cornwall.

Paul Riley, joint director at Head and Head Veterinary Practice where the dog was euthanised, said: "The only advice that we can really give is that it is possibly a good idea to wash your dogs down after walks if they are wet and muddy and to see your vet if you see any new sores appearing on your dog's skin."

Experts still can't find a cure for Alabama Rot, which first struck greyhounds in it's namesake American state in the 1980s, and it's feared this winter could see a huge surge in dog deaths across the UK. 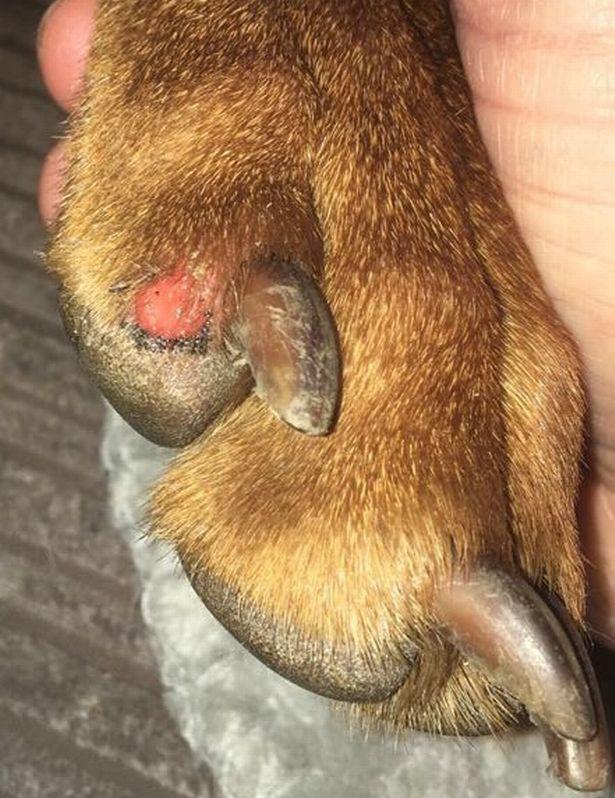 Does your dog have Alabama Rot? Know the signs:

The first signs of Alabama Rot are lesions or ulcers on the skin, especially on the legs.

The lesions could appear as patches of red skin, or open sores.

They can also be found on the dog's face and mouth, and on the lower body.

Later symptoms include loss of appetite, tiredness and vomiting as the kidneys shut down.

On average, internal organs start to shut down roughly three days after the sores begin to show.

Owners have been told to 'take great care' when walking their dogs where there are stagnant pools of water, especially in woodland where it's thought the germs thrive in bushy, boggy ground in the winter months.

One vet, Dr Ian Hopkins, said: "While it is absolutely devastating for the owners, it is important not to panic people and to stress there are lots of nasty diseases out there which, as responsible dog owners, we need to be on our guard against.

"The best advice is to continue enjoying exercising your dog but always be mindful of certain symptoms which may indicate a nasty disease such as Alabama Rot.

"These can include lethargy, vomiting and maybe your dog is drinking more than usual. 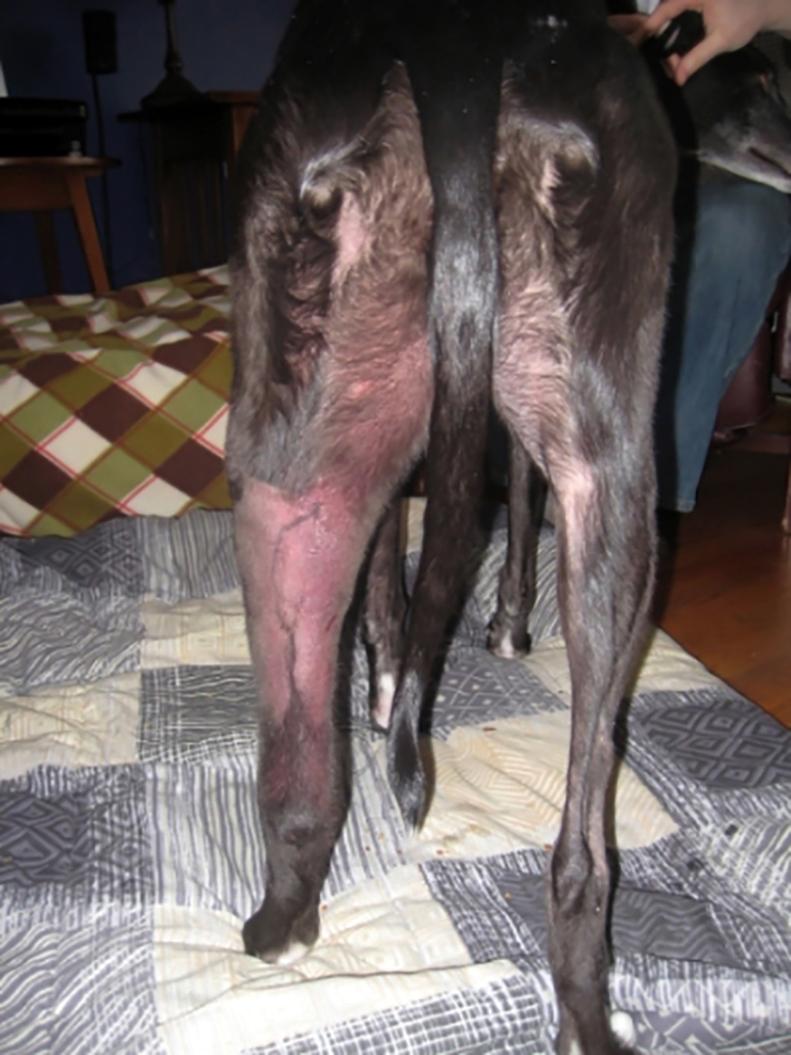 "With Alabama Rot, the dog will often have skin lesions or ulcers – in the mouth, on the tongue and lower limbs including feet are common place.

"However, the lesions are not always present and in the case we have just dealt with, there were no sign of any lesions at all.

"It affects all types of dogs of all ages which therefore makes it a matter of concern for all dog owners."

Hundreds of dogs have been hit by the mystery illness since it was first detected in the UK six years ago and scores have died.

London's Royal Veterinary College says the fatality rate is high, with fewer than one in five dogs surviving.

All breeds are at risk, but those which have been affected most include Labradors, English Springer Spaniels, Cocker Spaniels, Whippets, Flatcoated Retrievers, Hungarian Vizlas, and Border Collies.