Dominique and Kai found themselves in the bottom two and vying for a chance to stay in the house on Monday’s Claim to Fame. Their guess-off was intense, and resulted in a ‘big contender’ going home.

Dominique, who earned the nickname The Domfather, was fairly confident that no one would identify her celebrity relative. She also was also aware that the other contestants didn’t like how she sometimes spoke to them.

“I know that people been gunning for me in the house,” Dominique said. “I have a strong personality. I know I’m a big contender.”

Her confidence was somewhat justified, as the other contestants struggled to identify her famous relative. Clues from previous episodes only led to their belief her relative was an activist. But just before the guess-off, Logan pieced together some clues from the giant mural. Based on objects like sharpeners, mustaches and religious symbols, Logan determined her famous relative was Reverend Al Sharpton. 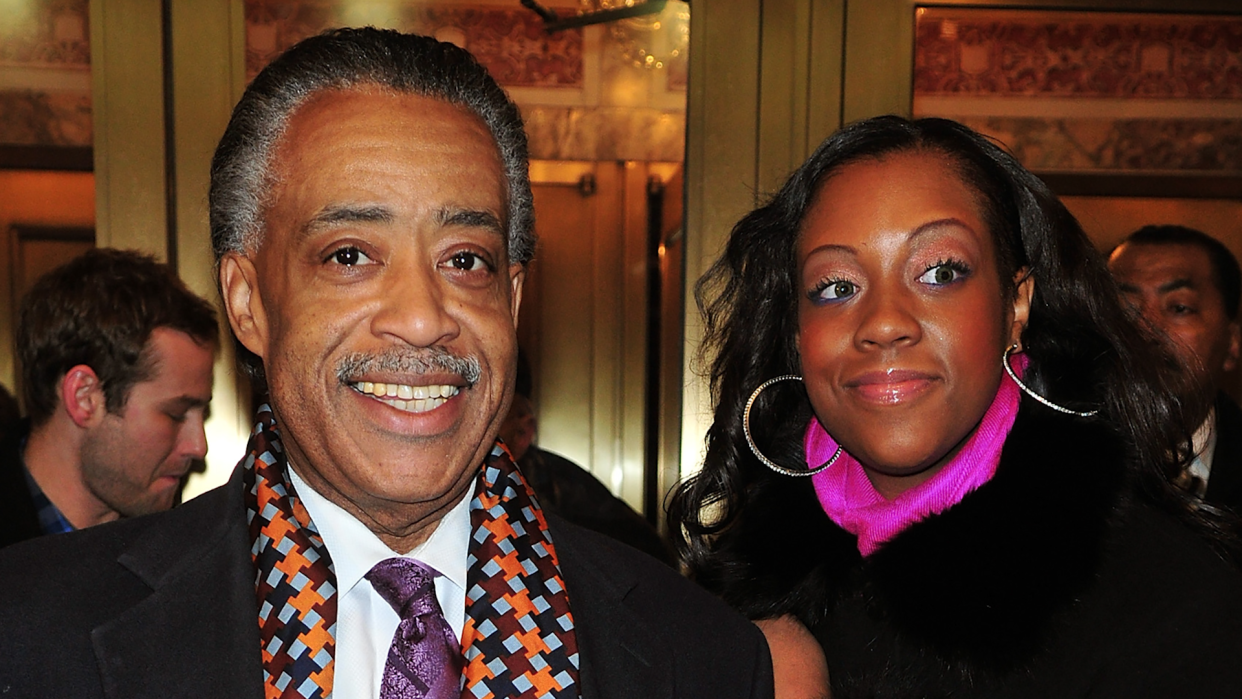 Word of this quickly spread to Kai, and with encouragement from the majority of the house she decided to trust the last minute information.

Kai outed Dominique, who admitted to being Sharpton’s daughter.

“I am Dominique Sharpton, daughter of Reverend Al Sharpton, international civil rights activist, freedom fighter,” Dominique said proudly. “The work that he does is not very easy at times, and so I’ve been very proud of my dad for the important work that he did and for putting his life on the line, as he does every day, to really make the world a better place. I’m proud of him for being unapologetic in everything that he does, and I’ve tried to carry that on in everything that I do, including being here.”