Former US Vice President Al Gore has told a Spanish climate conference that Brexit is ‘perhaps the stupidest decision’ a country could have made.

The former politician, who was vice president under Bill Clinton, is in Madrid this week to urge governments negotiating at UN climate talks to ramp up their efforts to tackle climate change.

Gore told half a thousand attendees at the Climate Reality Project conference that Brexit is ‘perhaps the stupidest decision a country could have taken’, according to Agencia EFE.

His comments were met with resounding applause from activists in the room. 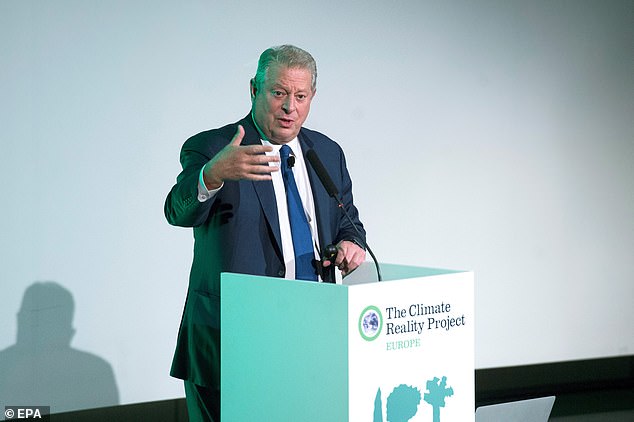 Former US Vice President Al Gore attends a conference during the COP25 UN Climate Change Conference in Madrid, Spain, 10 December 2019. Gore told a conference yesterday that Brexit is ‘perhaps the stupidest decision’ a country could have made

‘We have to stop using the sky as an open sewer for heat-trapping pollution. It threatens the future of human civilisation,’ said Gore, who won a Nobel Peace Prize in 2007 for his work to raise awareness on climate change.

In the past, Gore has directly linked fluctuations in global weather to Britain’s decision to leave the European Union.

According to comments he made in 2017, before a screening of his 2006 documentary, An Inconvenient Truth, the Syrian Civil War was ignited by the worst drought to hit a Middle Eastern country in 900 years. 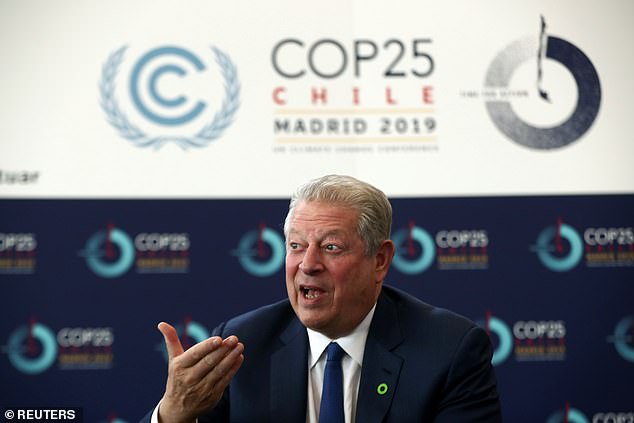 In the past, Gore, pictured here at a COP25 press conference, has directly linked fluctuations in global weather to Britain’s decision to leave the European Union

The resulting refugee crisis led to hundreds of thousands of people seeking refuge in Europe, adding to a sense of political instability in the United Kingdom and on the continent.

This, he said, led Britain to vote ‘Leave’ in the Brexit referendum in 2016.

Yesterday, teenage climate activist Greta Thunberg announced to reporters that she is tired of the relentless media attention she is getting. She arrived in Madrid last Friday to give her opinion on the ongoing COP25 summit.