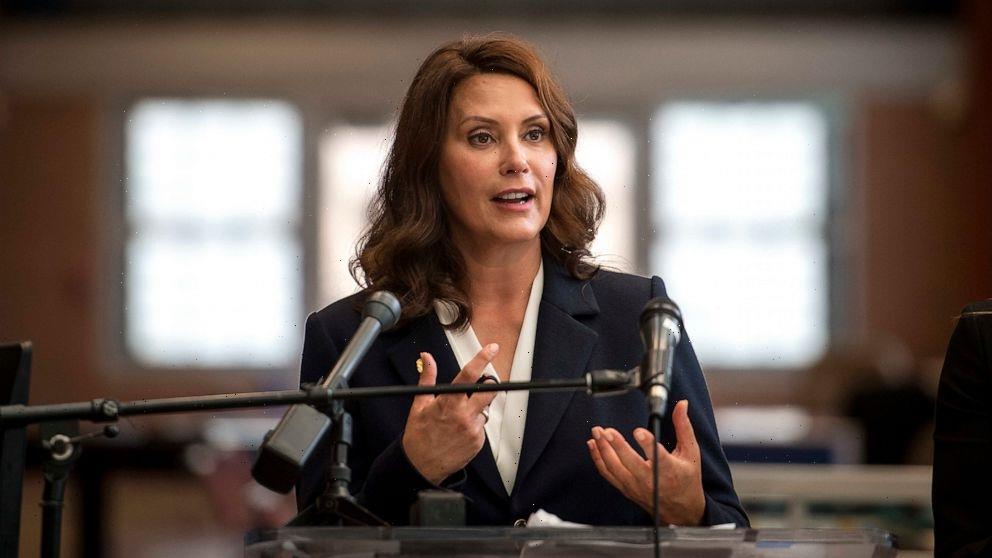 The first sentencing in the plot to kidnap Michigan Gov. Gretchen Whitmer last year was handed down Wednesday afternoon.

Ty Garbin, a 25-year-old airplane mechanic, was sentenced to 75 months in prison for charges of providing material support for terrorist acts and felony firearms charges. He will then serve three years of supervised released and has also been fined $2,500.

He must also seek substance abuse treatment and all computer use must be approved, the judge said.

Garbin initially pleaded not guilty to the charges but changed his plea and cooperated with investigators within weeks of being arrested, The Associated Press reported. He willingly put a “target on his back to begin his own redemption,” according to a court filing by the Department of Justice.

Thirteen other men have been charged for orchestrating the plot to kidnap Whitmer, a Democrat, which was thwarted by the FBI in October.

The men had also planned a paramilitary operation that included sinister plots to execute government officials, storm the Capitol building with explosives and send bombs codenamed “cupcakes,” according to the FBI.

The Michigan State Capitol had been the scene of numerous protests by right-wing activists — some of them armed — during the COVID-19 pandemic in 2020. Some called for Whitmer’s resignation due to the lockdown order she put in place.

“This should be a moment for national unity where we all pull together as Americans to meet this challenge head on with the same might and muscle that put a man on the moon,” Whitmer said at a press conference on Oct. 8, 2020, the day the news of the plot was released. “Instead our head of state has spent the past seven months denying science, ignoring his own health experts, stoking distrust and fomenting anger and giving comfort to those who spread hatred and division.”

Whitmer later described the plat against her as “shocking” in an interview with “Nightline” co-anchor Juju Chang last year.

“It really is something that is so personal and so serious,” she said. “If you heard this fact pattern and you are describing something like ISIS, you wouldn’t be surprised. This is happening right here in the United States of America. That’s domestic terrorism.”