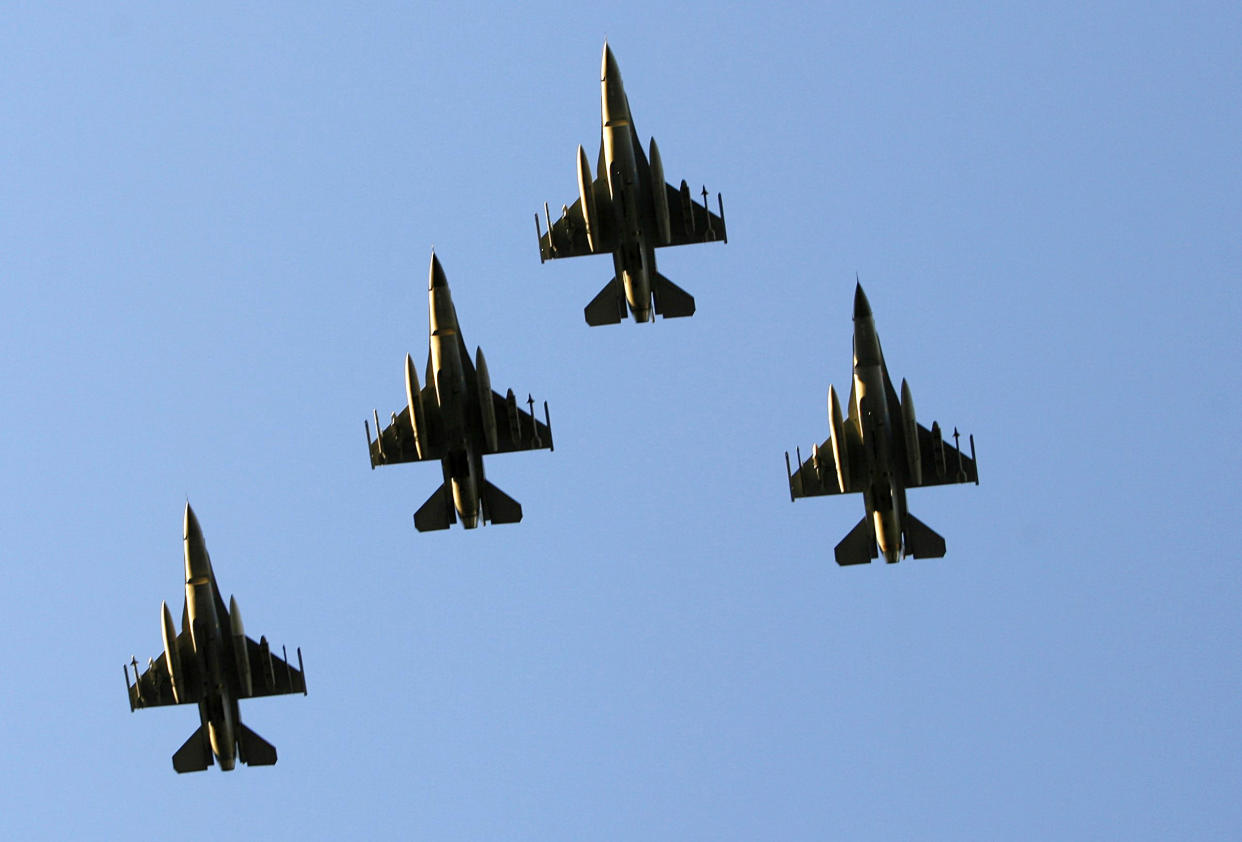 The Air Force dispatched two F-16 fighter jets to intercept a pair of Russian bombers that flew close to Alaska on Monday, the North American Aerospace Defense Command said in a statement.

Although the two Russian Tu-95 Bear-H bombers did not enter American or Canadian sovereign airspace, NORAD said it "detected, tracked, positively identified and intercepted" the aircraft as they were "entering and operating within the Alaskan Air Defense Identification Zone."

Air defense identification zones are areas of airspace that require all aircraft to be identified and located and to have their flight plans controlled "in the interest of national security," according to the Federal Aviation Administration.

NORAD, a combined air defense organization of the U.S. and Canada, said the Russian activity was "not seen as a threat nor is the activity seen as provocative." The appearance of Russian bombers and their interception by U.S. fighter jets do come at a fraught time in the relationship between the two countries, however.

The situation has grown more tense since Russia invaded Ukraine, which the U.S. has supported with humanitarian and military aid while slamming Moscow with economic sanctions.

It has created intriguing moments for the close border between Russia and the U.S. Russians escaping the partial draft have arrived on the shores of Alaska on at least one boat, and Russian officials have made veiled threats toward the state.

Speaking in July about a new round of U.S.-led sanctions against Russia, Vyacheslav Volodin, the chairman of the state Duma, said that the U.S. should remember that Alaska was once part of Russia and that it could be forced "to give back" territory, according to the Telegram channel of RBC Group, a media company headquartered in Moscow.

He noted that his deputy, Pyotr Tolstoy, had previously proposed holding a referendum in Alaska, RBC reported.

NORAD, meanwhile, emphasized the numerous protections it maintains for Alaska and the U.S., which include "a layered defense network of satellites, ground-based radars, airborne radar and fighter aircraft to track and identify aircraft and inform appropriate actions," it said in its statement.

"We remain ready to employ a number of response options in defense of North America and Arctic sovereignty," it added.