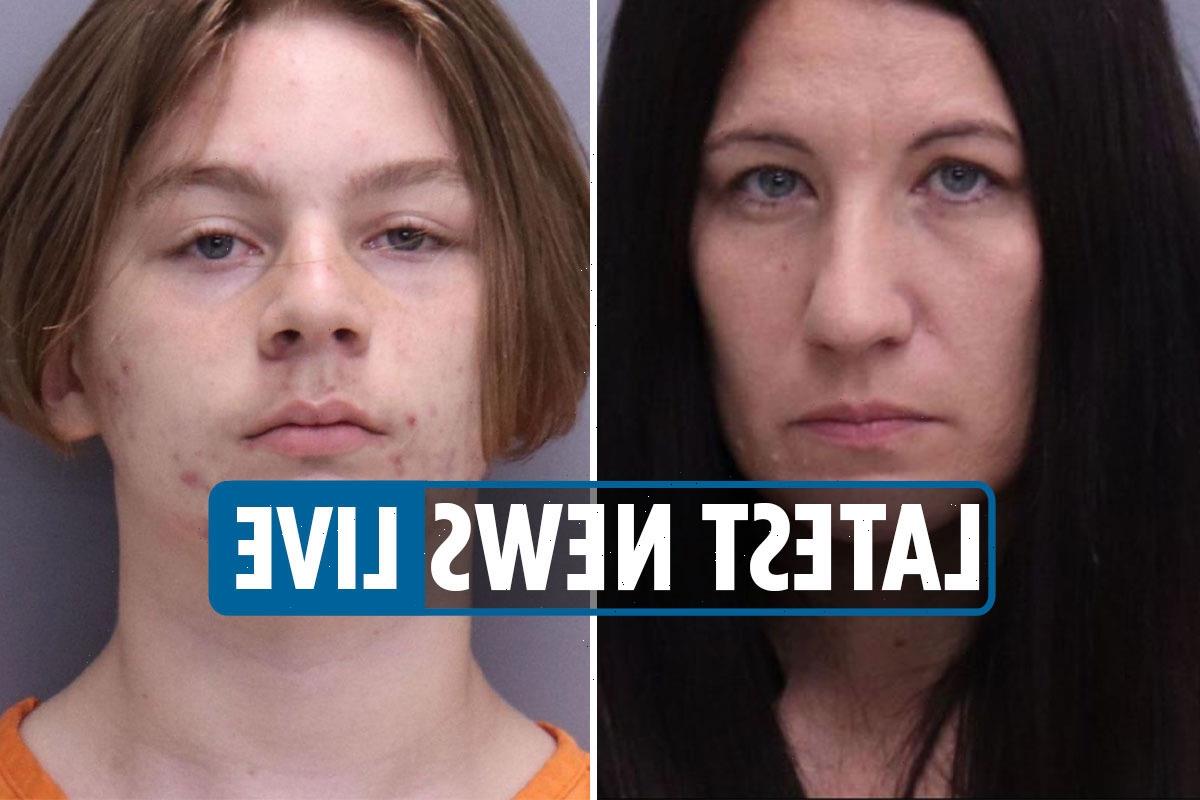 AIDEN Fucci and his mother, Crystal Smith, are both scheduled to appear in court today.

Fucci has been charged with murder over the brutal death of 13-year-old Tristyn Bailey. He faces a pretrial hearing on Wednesday morning.

Bailey was found dead in woodland near Fucci's home on Mother's Day having been stabbed 114 times after her family reported her missing.

Fucci, who is being prosecuted as an adult despite his age, told cops an argument erupted between the pair as they walked back from a friend's house in the early hours of the morning.

It comes after new video emerged showing Fucci walking with Bailey on the night she was killed.

Another shocking video released by the State Attorney's Office on Tuesday shows what investigators allege is Fucci's mother, Crystal Smith, washing blood off of her son's jeans.

She allegedly washed the trousers while her son was being interviewed by deputies.

After the jeans and a drain in his home tested positive for blood, Smith was charged with evidence tampering in connection with Bailey's death.