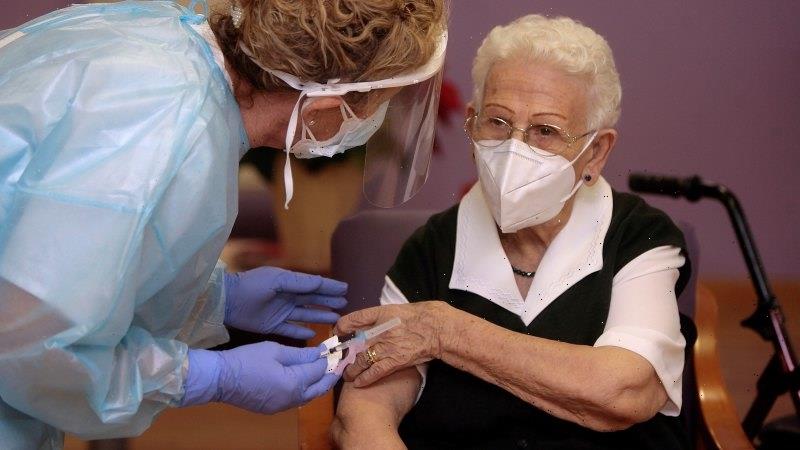 Aged care and disability workers are scrambling to source their own COVID-19 jabs after being left behind by a slow and uncertain Commonwealth-run vaccination rollout.

The supply issues have prompted calls for the state government to step in to help amid reports the disability sector and many vulnerable residents with underlying health conditions have been almost entirely overlooked in the rollout, leading anxious providers to investigate setting up their own vaccine clinics. 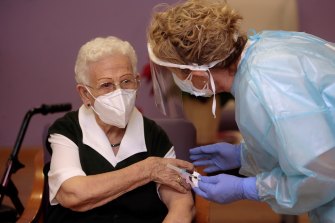 Aged care and disability workers fear they have been left behind by the vaccination rollout.Credit:Getty Images

Some workers have tried to get vaccinated by their GPs but have been turned away due to lack of supply, while others were told they would be put on long waiting lists for a jab.

On Tuesday federal Health Minister Greg Hunt said last week’s decision to limit the AstraZeneca vaccine to those over 50 meant the inoculation program for aged care workers – which was already effectively paused – had to be reassessed.

Disability and aged care staff and residents are in the highest priority group to receive a vaccine after bearing the worst of the second wave of the virus in Australia, which saw more than 1600 Victorian workers infected with coronavirus and left 655 nursing home residents dead.

But seven weeks after the national vaccine rollout began, staff are reporting they still do not know when they will receive their jab.

“It is insane and incomprehensible,” said one disability worker, who works in Melbourne’s eastern suburbs.

The worker, who was not authorised to speak publicly, was told by his employer to get vaccinated by a general practitioner. He tried several clinics, but was told: “if you’re not a patient at the doctor’s surgery we can’t help you”. His own GP told him they did not know when they would be getting doses.

“I don’t know why they didn’t do it the way they have set it up for other healthcare workers where you are authorised to go to a vaccine hub or a mass vaccine centre,” he said.

He was also concerned for his clients, none of whom had been vaccinated. 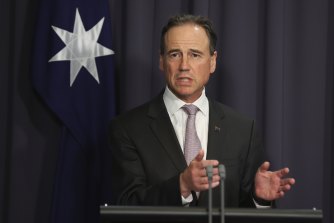 There have been more than 148,000 vaccine doses administered by the Commonwealth in private aged and disability care. It is not clear how many staff have been vaccinated and how many people from the disability sector, as the federal government would not provide a breakdown.

Executive officer of disability provider Aruma, Andrew Richardson, said thousands of staff at the company were still awaiting their first dose of vaccine, along with just under 1500 people living in the service’s 350 specialist disability accommodation homes.

Many residents had underlying and complex health conditions putting them at heightened risk of severe illness or death if they contracted coronavirus.

“The process is unacceptably slow,” Mr Richard said. “It’s shameful. It is completely unacceptable. If we had another wave these people could very probably die.”

By Easter, 86 per cent of more than 11,000 surveyed Victorian private aged care nurses and personal care workers had not been vaccinated, according to the Victorian branch of the Australian Nursing and Midwifery Federation.

State secretary Lisa Fitzpatrick said the few that had got the jab received it through their GP or doses that were leftover from vaccinating nursing home residents. She called for the rollout to be taken over by the Victorian government and said a promise by the federal government to open dedicated aged care worker clinics by early April had not yet eventuated.

“I think there is a disbelief they have been disregarded by the Commonwealth,” she said.

Health Services Union national secretary Lloyd Williams said disability providers were now considering bypassing the government contractors and organising their own vaccination clinics with GPs to provide vaccinations to staff and clients with a disability.

Another provider was investigating issuing letters to staff, residents and their families certifying they were in the phase 1a group, in an attempt to fast-track vaccinations through GPs.

“They are just frustrated with nothing happening on the ground with the Commonwealth,” Mr Williams said.

The chief executive of Leading Age Services Australia, a group representing aged care and retirement homes across Australia, Sean Rooney said the vaccine rollout had been too slow. He said aged care operators appreciated the logistical challenges but the rollout had seen “disappointment, frustration and confusion”.

But he said some major questions about the vaccine rollout had not yet been answered.

These include how consent will be dealt with (about half the residents in aged care have dementia), how new residents to homes would get vaccinated if those already there had got their jabs, and whether those in palliative care were vaccinated.

“If the vaccine is so precious, do you vaccinate [people] at end-of-life? You need guidance on that, you can’t just leave it there randomly,” Professor Ibrahim said. “It’s hell’s own job to get it done. This is really hard.”

Patricia Sparrow from Aged and Community Services Australia said a new plan for aged care was urgently needed. “And it must be communicated clearly to restore confidence in the vaccine rollout program.”