THIS is the moment adorable Princess Charlotte is handed a toy flamingo as doting mum Kate looks on in unseen Christmas Day snaps.

The four-year-old royal looked delighted with the gift – handed to her by a royal fan in a wheelchair as she headed to her first Christmas Day service at Sandringham with her family. 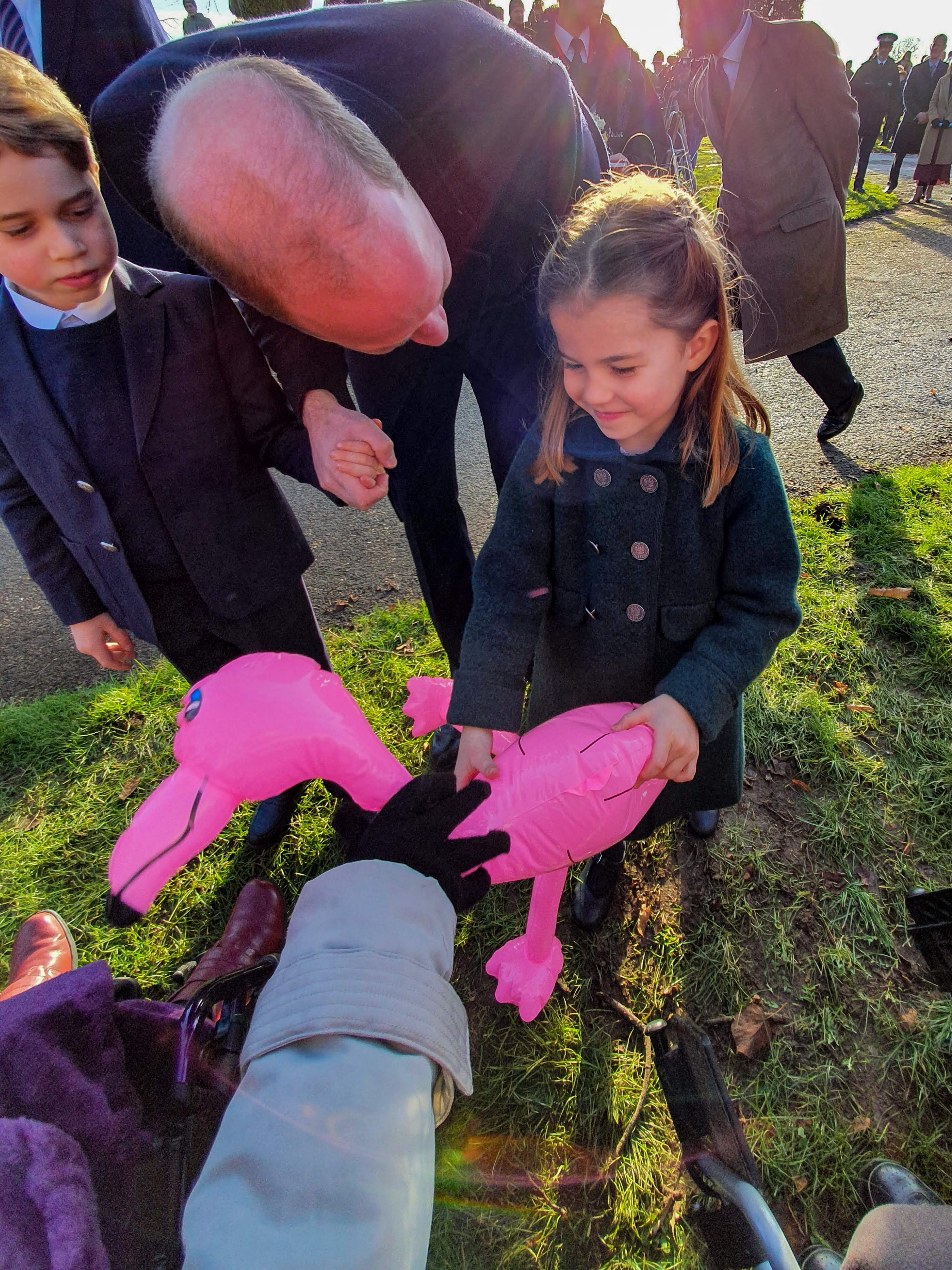 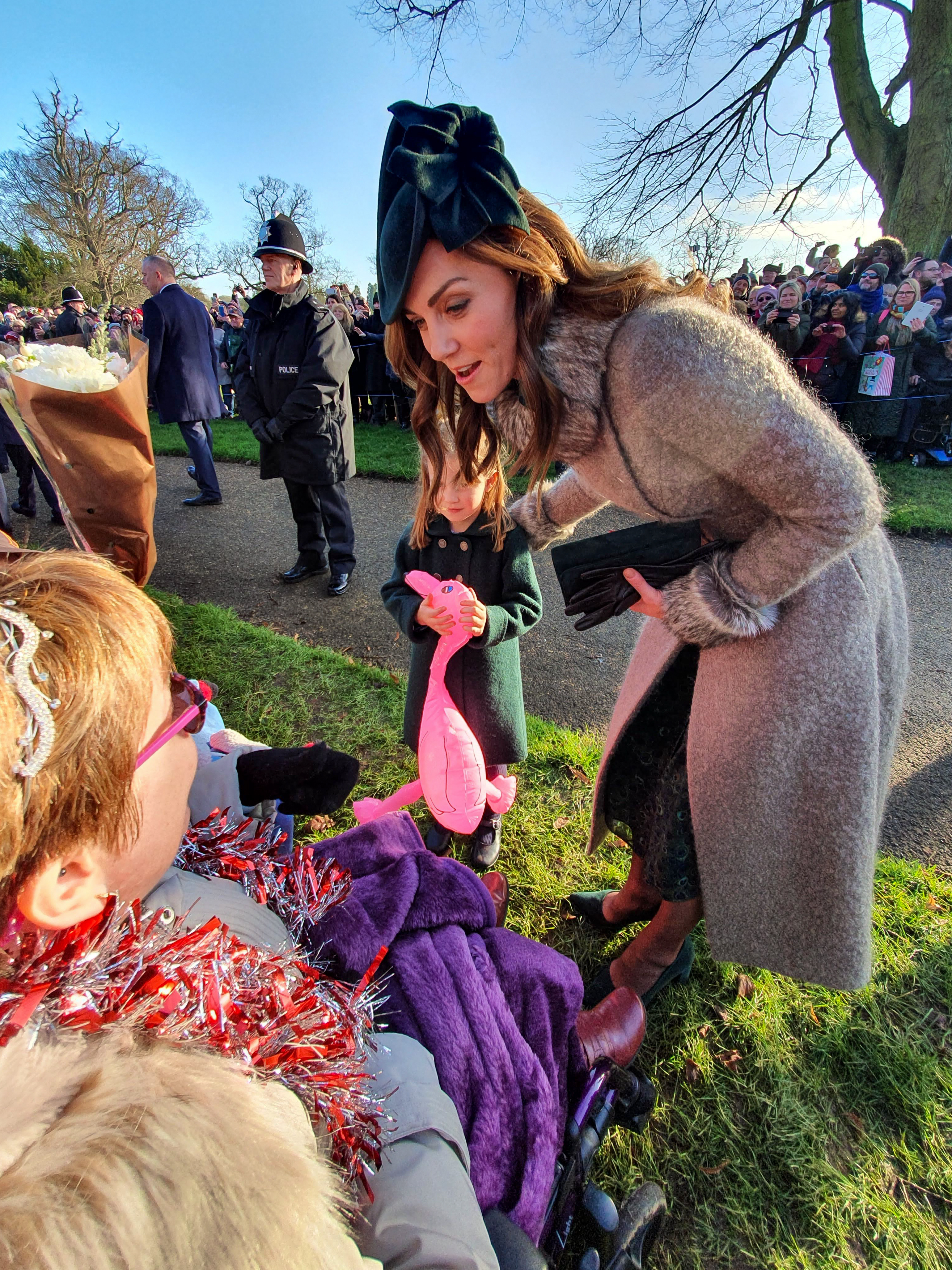 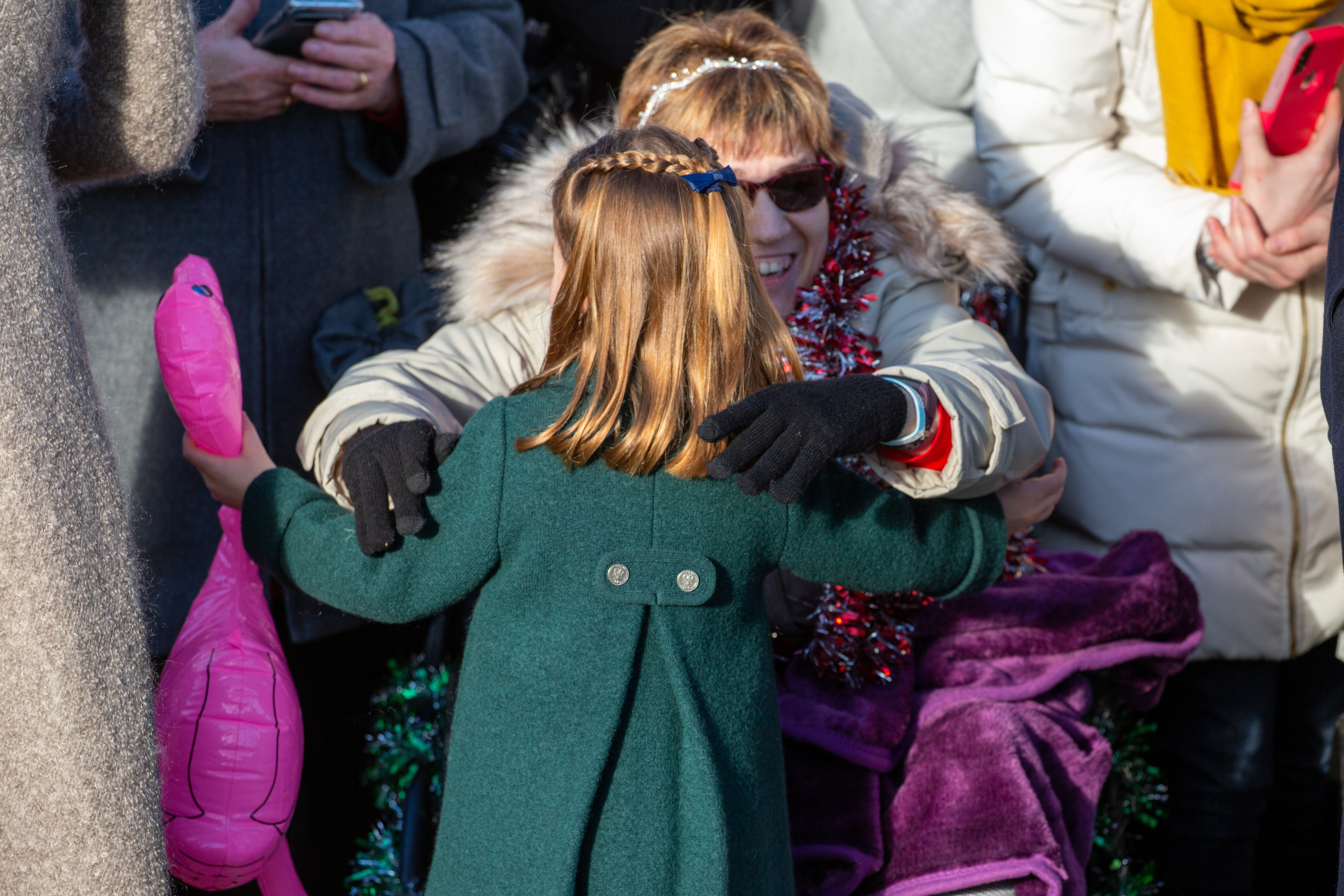 Gemma Clark, who is in a wheelchair as she has cerebral palsy, handed her the £1.50 brightly coloured toy on Christmas Day.

The 39-year-old had travelled from Long Sutton in Lincolnshire to see the royal family – gushing at the time: "It made my day.

"I've never seen the royal family, ever. This is my first time at Sandringham and I would love to do it again."

The flamingo was called Felicity, Ms Clark said, adding: "But Charlotte may call it whatever she likes now."

In a video clip, mum Kate can be seen curtsying, before little Charlotte copies as Her Maj leaves the church.

One fan wrote: "Okay but Charlotte’s curtsy to the Queen! OMG! So cute!"

"Her momma did it first but she did it and she did it like a true Princess! She held her coat and curtsy! So freaking cute!"

Others said the little princess was "so well mannered" while another tweeted: "What a magnificent curtsy it was!"

It comes after Prince William and Kate released a new photograph showing the duke kissing his youngest son, Louis, alongside George and Charlotte.

The picture was posted by Kensington Palace on Twitter with the message: "Merry Christmas to all our followers!"

The 93-year-old Queen, wearing a red coat and hat, attended the service with the Duchess of Cornwall. The Duke of Edinburgh, 98, who was discharged from hospital on Christmas Eve, was at Sandringham but did not attend church. 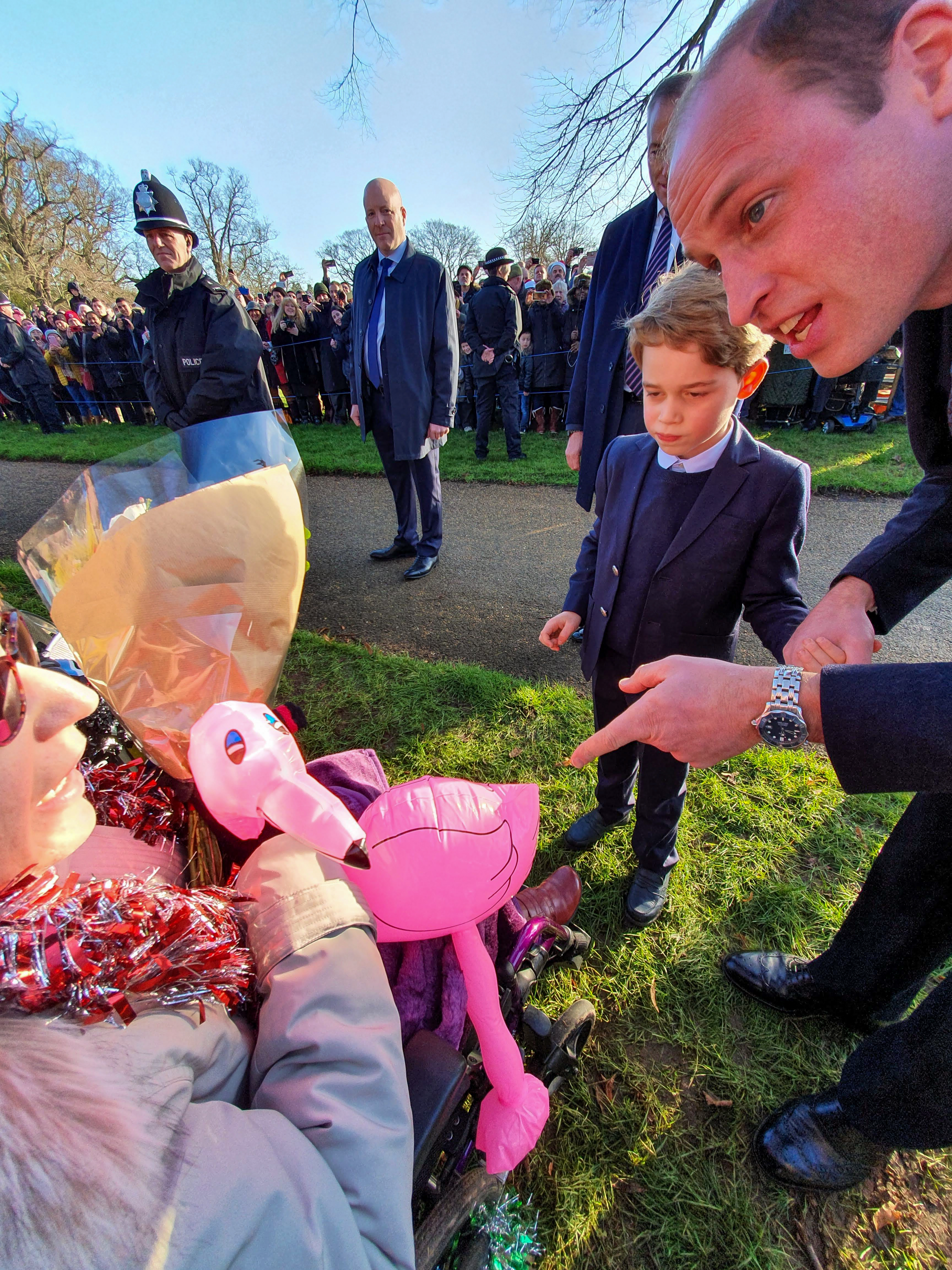 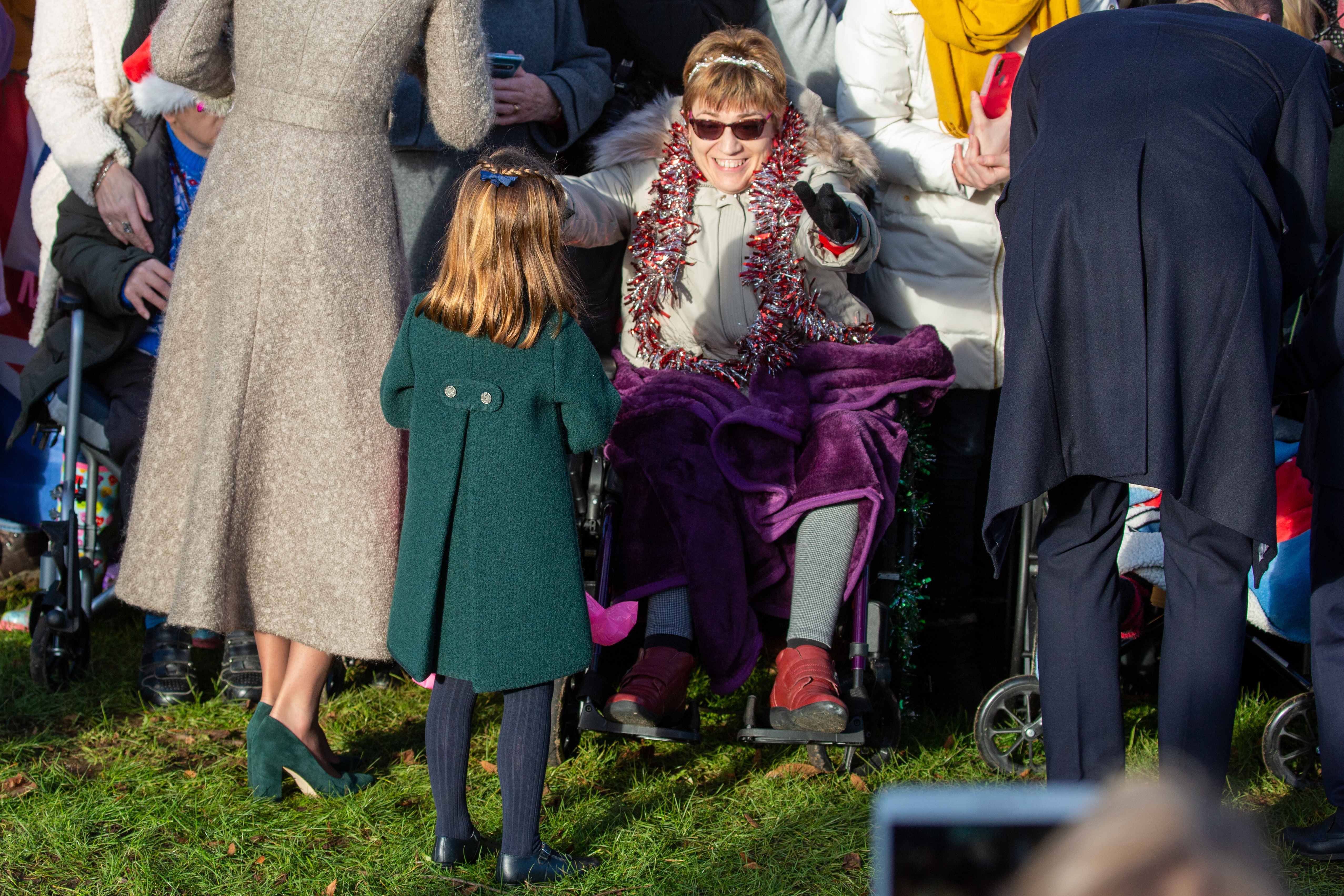 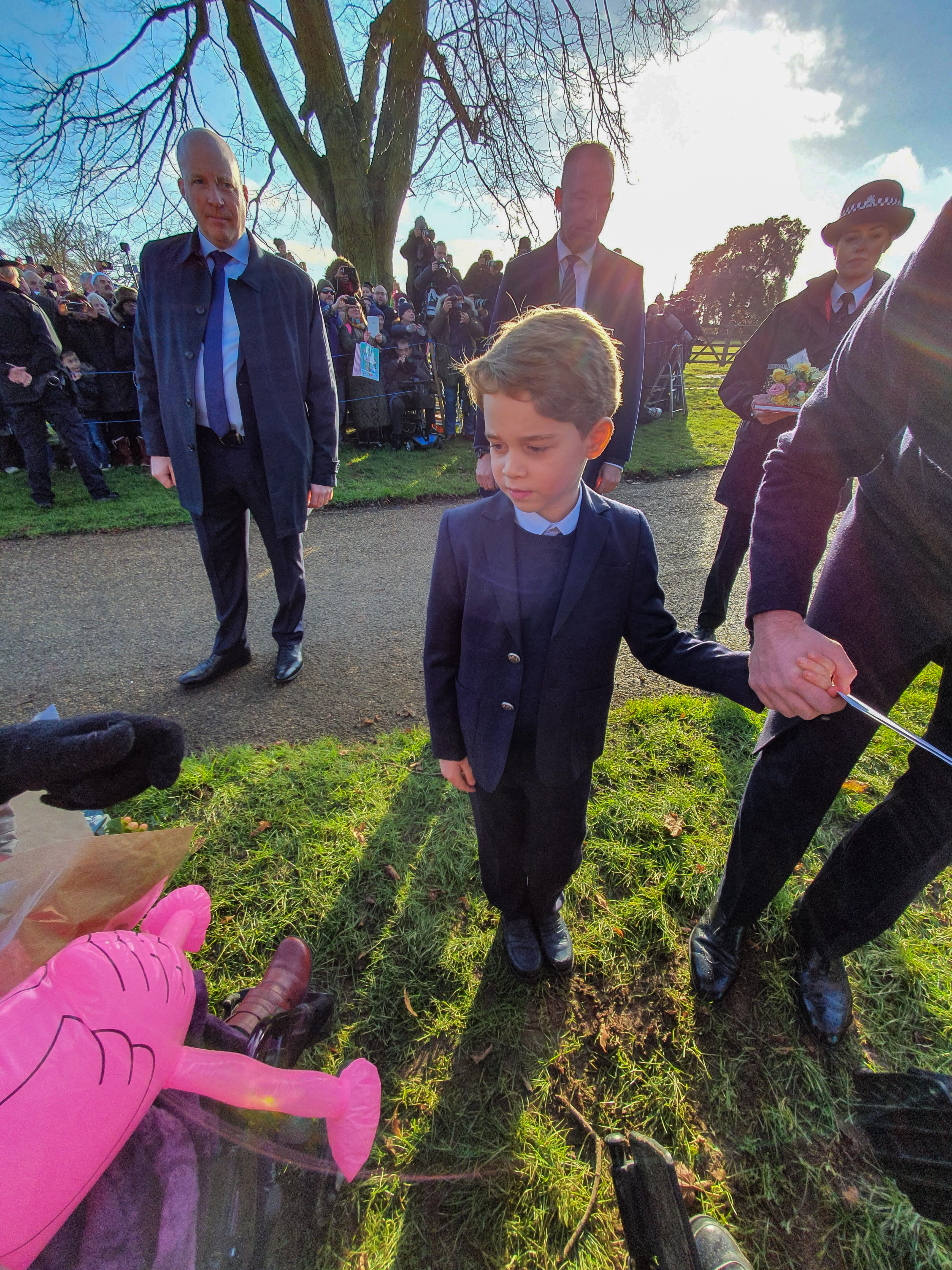