Haris Khan looks like any baby boy his age, but he could have just three months to live. 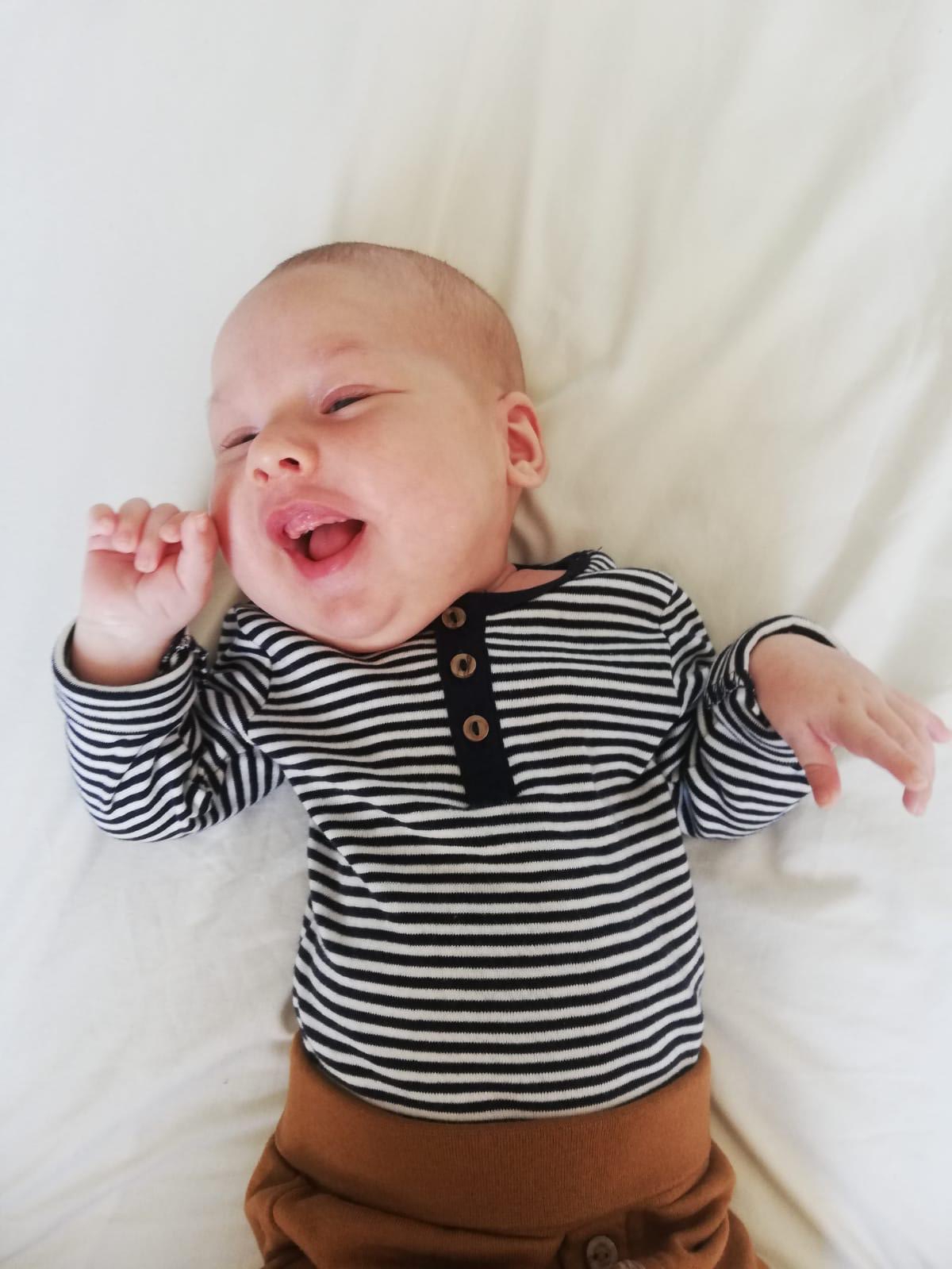 Haris was born with type 1 spinal muscular atrophy (SMA), a condition that affects the nerve cells needed to control muscles used to move, swallow and breathe.

Drug is his only hope – but NHS have stopped funding it

Until November last year, the NHS funded a treatment called Spinraza, which had some success.

But last summer, the National Institute for Health and Care Excellence (Nice) said the drug was "too high for it to be considered a cost-effective use of NHS resources".

Haris's parents believe the drug might be their son's only hope, and have urged NHS bosses to fund the "miracle" treatment for their boy.

The six-month-old was diagnosed on February 14, and has to wear an oxygen mask to help him breathe.

His mum Renata, 26, and dad Shakeel, 31, are constantly by his bedside in the Intensive Care Unit at Royal Manchester Children's Hospital

'My son will be dead in three months'

A tearful Shakeel, from Wythenshawe, south Manchester, said: "My son is going to be dead in three months.

"This is England, it's not a third world country.

"Yet we can't help a little kid who's six months old with a genetic illness?

One in 40 people carry the faulty gene that causes the condition.

In the most severe cases, babies like Haris rarely live beyond two years old – making SMA one of the leading causes of death in babies and toddlers in the UK.

The first British girl to receive Spinraza treatment, Annabelle Rose Thomas, came off breathing support, can swallow food and has even ridden a horse.

Biogen, the company which makes the drug, charges almost £600,000 for it in the US market.

It is offering Spinraza at a lower price of £450,000 for the first year in the UK, and offered an undisclosed discount to the NHS, but it was still not enough.

On March 6, the Khan family and friends will be staging a peaceful demonstration outside the headquarters of Nice in Manchester ahead of a crucial meeting.

It is expected Nice will announce a decision on whether to once again fund Spinraza on the NHS in England.

Shakeel said: "Babies like Haris are being used as a bartering tool.

"If this drug is not approved, God only knows what we're going to do for Haris.

"The world miracle is in our vocabulary for a reason – yes it's very rarely used, but it does exist. This is what we're clinging on to.

"When I see him eating, and hugging and smiling. I think 'I can't give up on you', otherwise I'm not a responsible parent."

A happy and healthy newborn

When Haris was born in August, he appeared happy and healthy.

It was at his eight-week check up that the health visitor noticed his head movement was normal.

Dad Shakeel said he now knows it's one of the key symptoms to watch out for.

"He had no head control at all, it's known as floppy baby syndrome," he said.

"Everything was floppy, arms, hands and legs."

Haris was eventually seen by doctors in December, and diagnosed wit hypotonia, or floppy baby syndrome.

Then at the end of January, Haris became really poorly with a cough and cold.

After several visits to their GP, Shakeel and Renata eventually became so concerned they rang an ambulance.

Haris was rushed to Wythenshawe Hospital where his condition rapidly deteriorated and doctors said his respiratory system had collapsed.

He was intubated and the family were then rushed back and forth between Alder Hey in Liverpool and back to Manchester due to a lack of available beds.

After a week at Royal Manchester Children's Hospital, the family believed Haris was improving.

But following further tests, the Khan family were given the devastating news.

Shakeel said: "They said 'we need to get you to meeting'.

"They start saying your son has spinal muscular atrophy. I thought 'spine, muscles, that makes sense because he can't hold up his head'.

"Then they said 'I'm sorry, there's absolutely no treatment and your son has three months to live'.

"I struggled to comprehend it.

"Then they make it worse saying 'there was a treatment, it's available in Scotland but not in England because the NHS stopped it'."

He said the family were considering moving to Scotland to give Haris a chance.

"We would relocate in a heartbeat if it meant we could save Haris," he added.

But they have been warned the NHS in Scotland won't accept patients who have simply relocated.

Screen at birth for deadly disease

Whatever the outcome for Haris and the decision on March 6, Shakeel and Renata don't want other families to go through the same ordeal.

Shakeel said: "We might only have my Haris for a few months, so I've got to create a legacy for him.

"The NHS don't screen for SMA at birth.

"Had they screened him in August when he was born, the treatment was available until November on the Early Access Programme.

"Eighty infants are on that – Haris would have been 81. That's one thing we're calling for."

The other campaign is for treatment for all types of SMA to be available in England, Wales and Northern Ireland.

Haris is the youngest child with SMA to feature on a leaflet being handed out to all MPs this week by the charity Muscular Dystrophy UK.

Shakeel wants as many people as possible to be aware of the fight and support the cause.

Shakeel said: "Every SMA parent is waking up thinking 'is this our son's last day?'

"My son's got the most severe type, that's why we were told he won't make it, they said they haven't seen this type in a long time.

"Until a few weeks ago I thought SMA was a type of baby milk – now I understand what it is.

"Haris hasn't got a voice, that's why we have to speak up for him.

"The community is helping us, don't get me wrong – but the people that we need the help from is the NHS."

A spokesperson for NHS England said: "We understand how difficult and frustrating it is for families waiting for decisions to be taken on the funding of new treatments, which is why the company must price this drug responsibly and at a level which is both cost effective and affordable to the NHS.

"It is disappointing that Biogen chose to close the Early Access Programme for new patients with Spinal Muscular Atrophy Type 1 before the NICE assessment process had been completed."

The family have set up a JustGiving page for Haris. 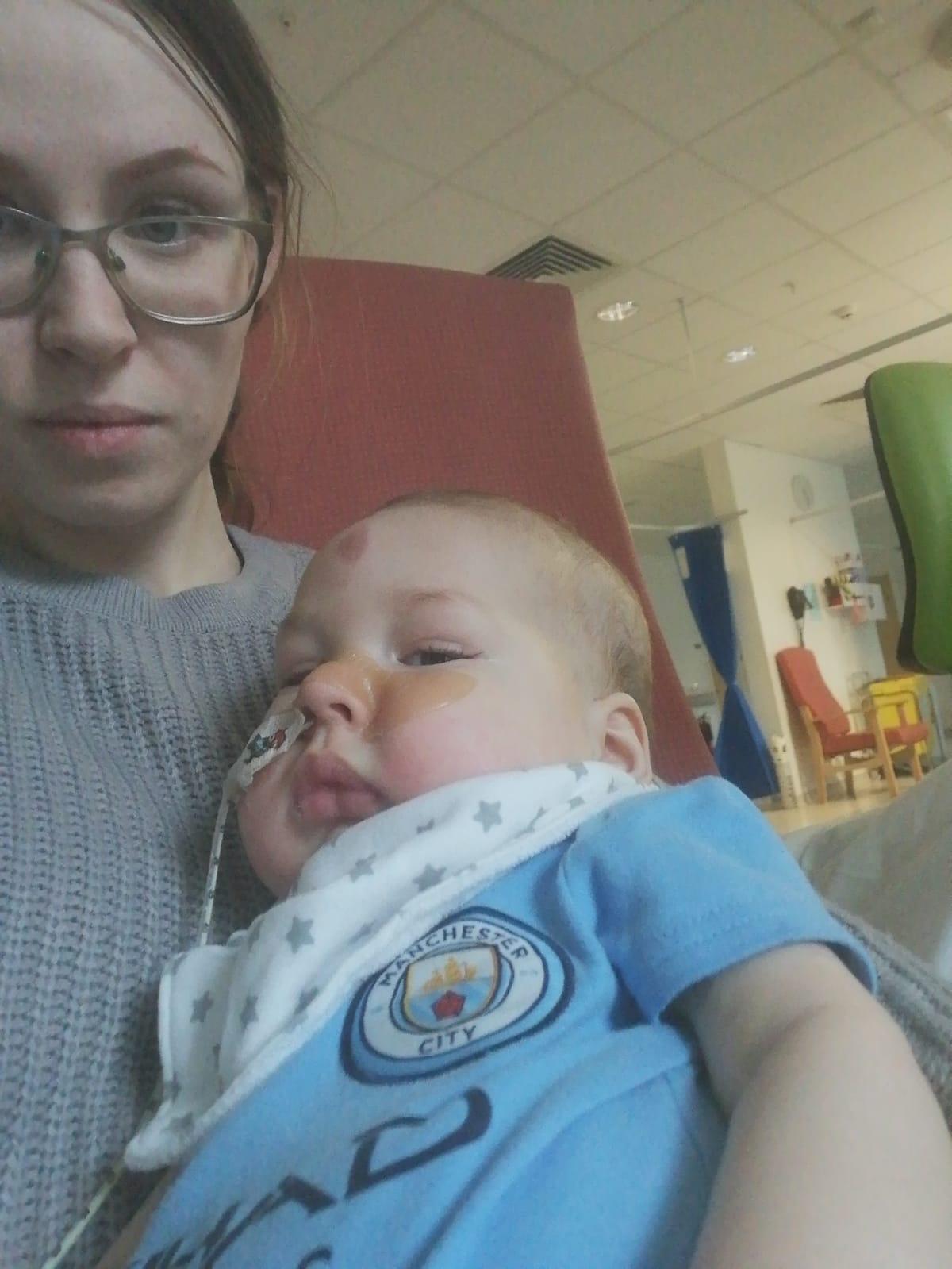 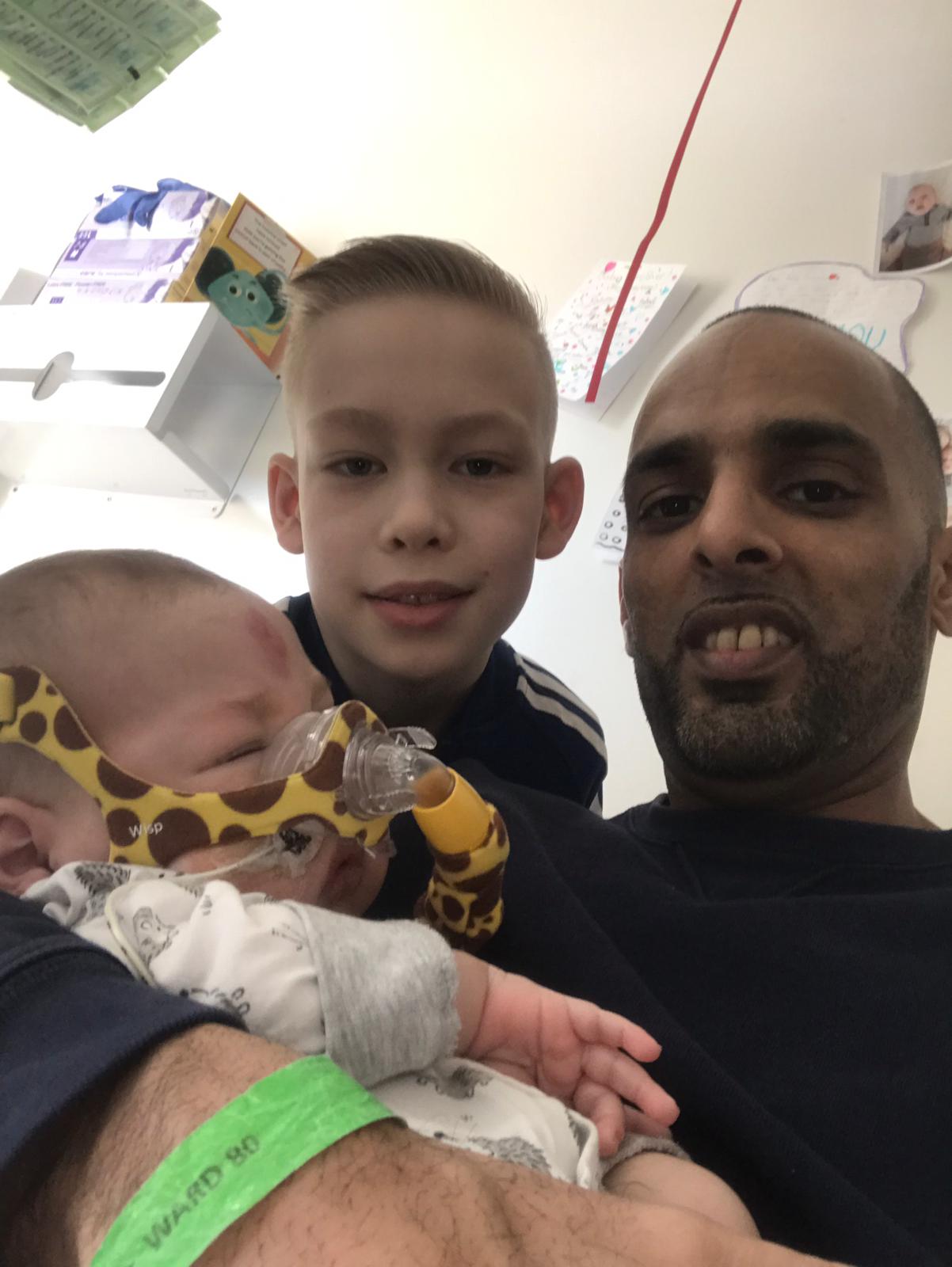 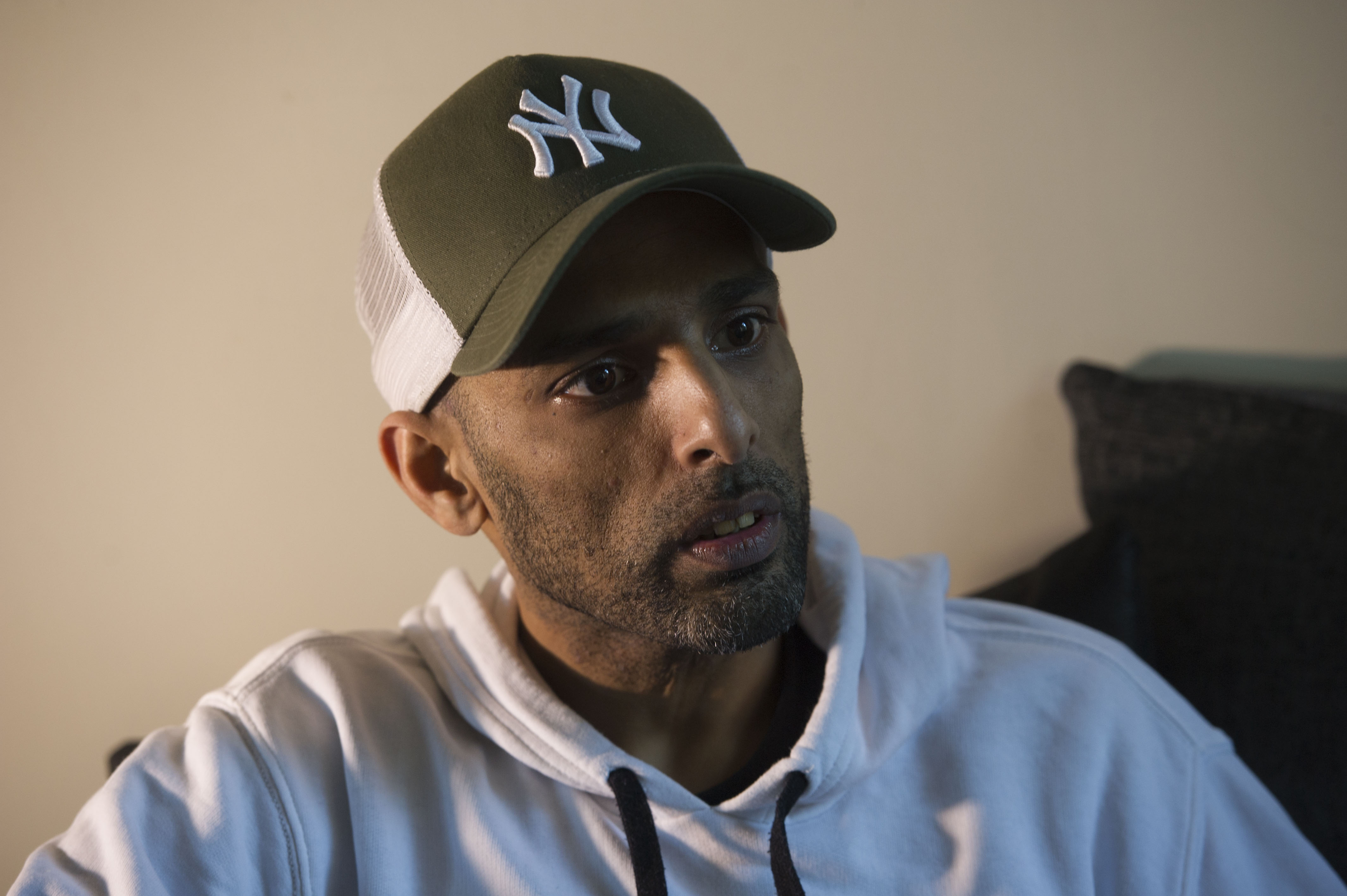