ABC host Joy Behar has taken a nasty fall on the set of The View, face planting in front of the live studio audience in a moment that was caught on camera.

The co-host of the popular talk show called herself a "klutz" after the fall on Thursday's show — and cracked a joke about suing. 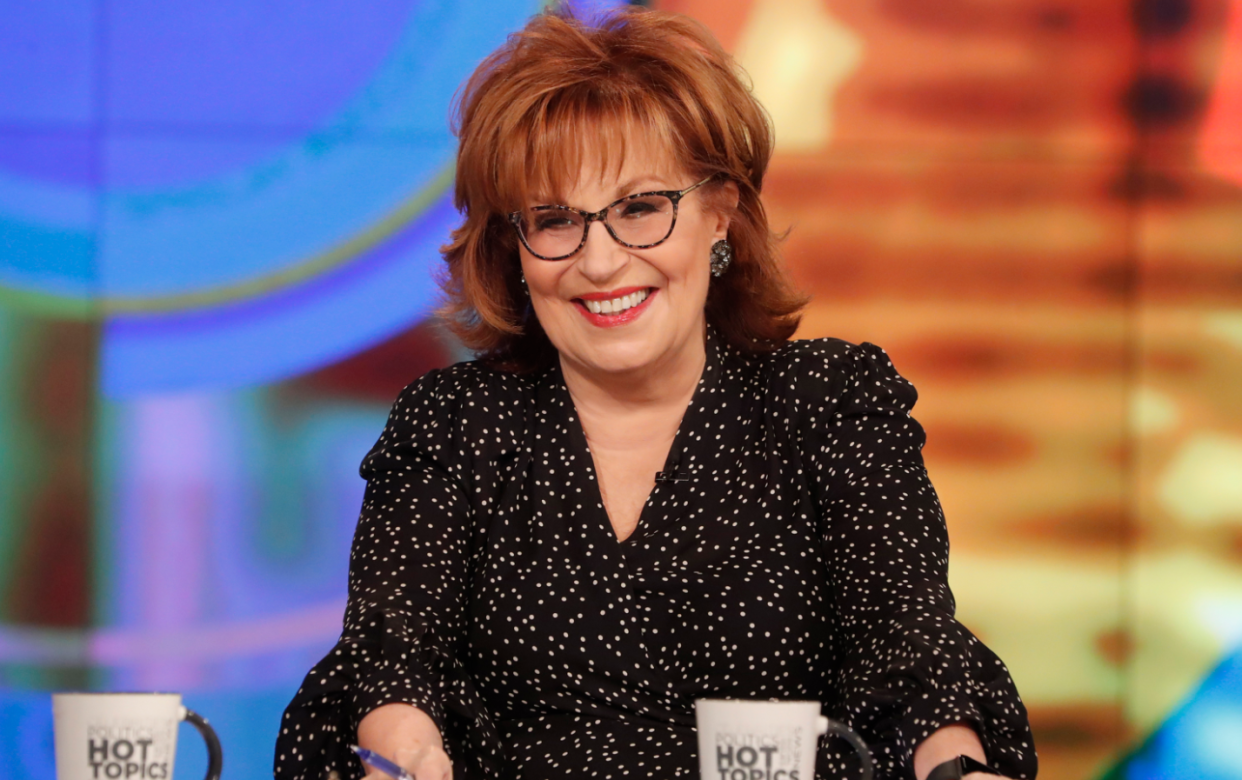 It happened as the co-hosts came out to set. As music blared and the audience clapped, the 79-year-old had trouble with her swivel chair and fell. There were audible gasps as she dropped to the floor, completely wiping out with her legs in the air.

Her co-hosts rushed to her side but she swiftly recovered, coming to a seated position on the floor. Whoopi Goldberg and the others then helped her to her feet. As she took her seat, the audience cheered.

"Twenty-five years that has never happened to me," the comedian said, quipping, “Who do I sue?”

When an audience member yelled, "I love you, Joy," she replied, "Thanks. Dead or alive!… I went flying… I just missed the step [getting into the chair], as usual."

Goldberg called the swivel chairs "terrible," showing the audience how fast they twirl around. "You touch it and you're on the ground." 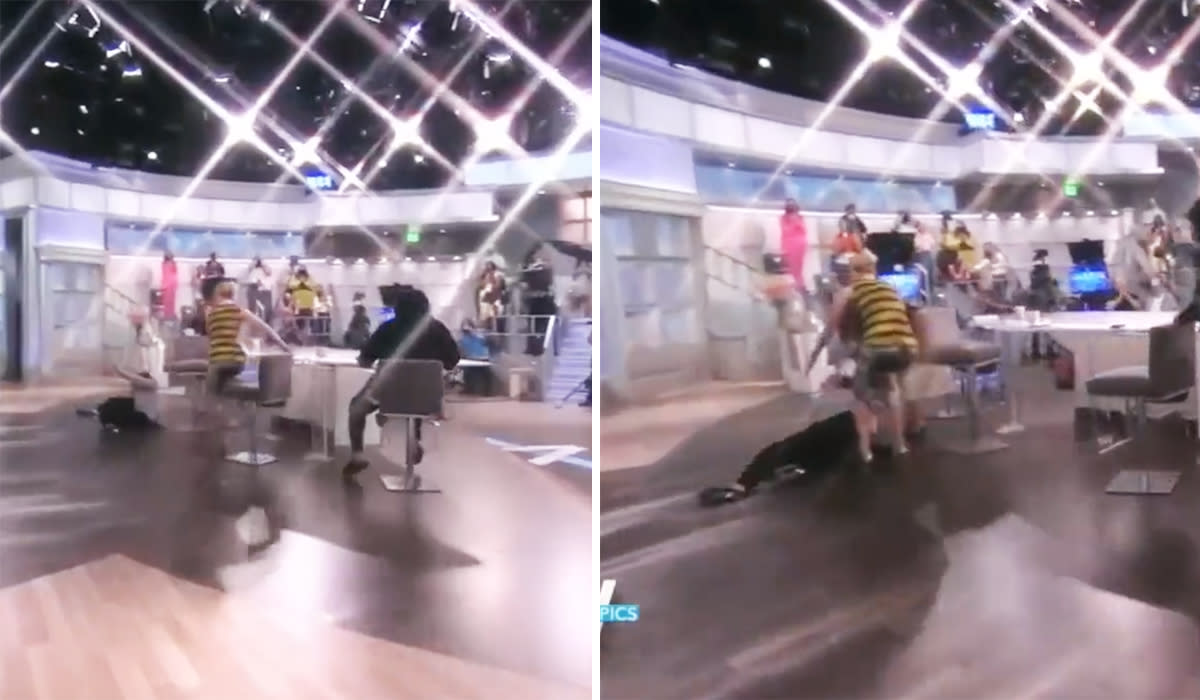 Sunny Hostin chimed in, "It's happened to all of us."

Joy said she was also getting messages during the show about her "viral moment", with frequent guest co-host Ana Navarro apparently texting, 'Mamacita, are you okay?'

Indeed the footage quickly began circulating on Twitter, with one person writing: "They need chairs suited for their ages. Not chairs you have to climb up to sit!!!!"

"Poor Joy! All the ladies now are so nice to each other, it's a nice sight to see how they all came to her rescue."

OMG! Joy missed a step and fell right before sitting down #TheViewpic.twitter.com/kw0cUBq88Z

Joy went on to say that she does "fall a lot" generally. But getting serious a moment, she mentioned Bob Saget's recent death after suffering blunt head trauma from a fall.

"If you hit your head and you feel dizzy or you have blurred vision or you feel like you want to go to sleep, go to the doctor because that will kill you," she said. "But I've fallen a lot. I fall all the time. I'm a klutz! But this chair, this chair was like the exorcist."

Joy has been a co-host on The View since its 1997 debut. While she sat out Seasons 17 and 18, she returned after. She's the only original co-host still on the show, which is known for its "Hot Topics" segment and political commentary.

Or if you have a story idea, email us at [email protected]