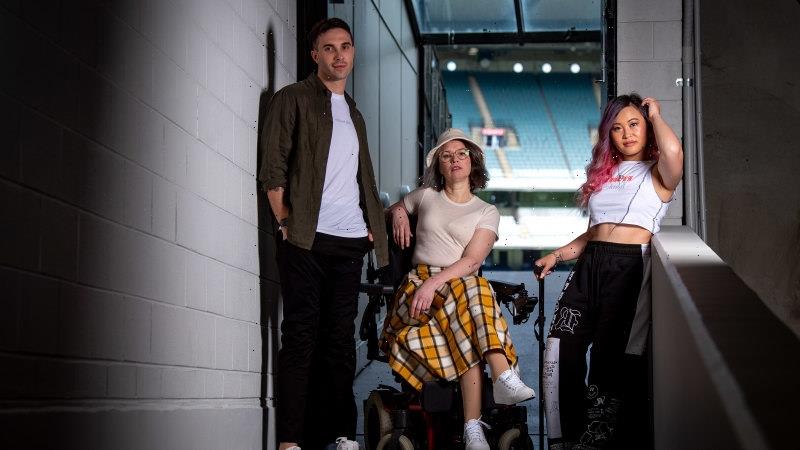 In a car park under the MCG, James Parr undoes his shirt from EveryHuman to show magnets sewn in place of buttons and zips on both sides of his pants.

EveryHuman is an adaptive fashion platform, designing clothes accessible to people with a range of abilities.Parr is a model in this year’s Melbourne Fashion Week and is preparing to star on the Underground Runway on Saturday. He is also an amputee. 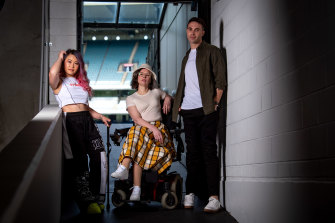 Parr is passionate about the need for fashion to include people of all abilities and backgrounds, and he also wants the industry to be inclusive rather than just ticking boxes.

“Two years ago when I had my leg amputated I struggled to then identify and accept that I was now disabled, I guess because of the stigma and the negative connotation that the word disabled has,” he says. “I think being able to have disabled people represented can also make other people or other disabled people not feel so alone.”

Inclusion and diversity are key themes for this year’s Melbourne Fashion Week. The festival engaged accessibility agency Architecture and Access for runways and events to ensure all spaces and events are available to all. 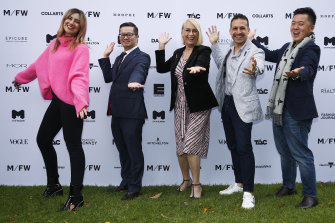 The move follows Australian Fashion Week in Sydney coming under scrutiny this year after a model in a wheelchair struggled to move on the runway when it was covered in confetti at the finale of a show.

Parr says that to avoid tokenism and ensure needs are met, more should be done to involve people of all abilities beyond the runways at fashion events.

“Once we start to see that bigger picture, it recognises that disabled people are part of that community, that we love fashion, that we have these other skill sets,” she says.

“Having major events, we need to make sure we’re reflecting not just our ambitions to be inclusionary, but basically everybody should see who they are in among the models, the people behind the scenes and the fashions that are on display,” she says.

The event has worked closely this year with adaptive fashion label EveryHuman, which showcases more than 80 brands.

EveryHuman founder Matthew Skerritt says it’s no secret that there needs to be greater representation of different people, abilities, gender and race in fashion.

“The industry has done well at pushing different body shapes and sizes, but different abilities we haven’t got there yet,” he says. “Representation is one thing, but they need to make sure they are highlighting accessible design and that shows are accessible in the way they are viewed and represented.”

Skerritt says he gets nervous that the attempts of brands and labels to be more inclusive and diverse are just a one-off.

“It needs to be considered as a long-term thing and something that is a focus for the next 20 to 30 years,” he says.