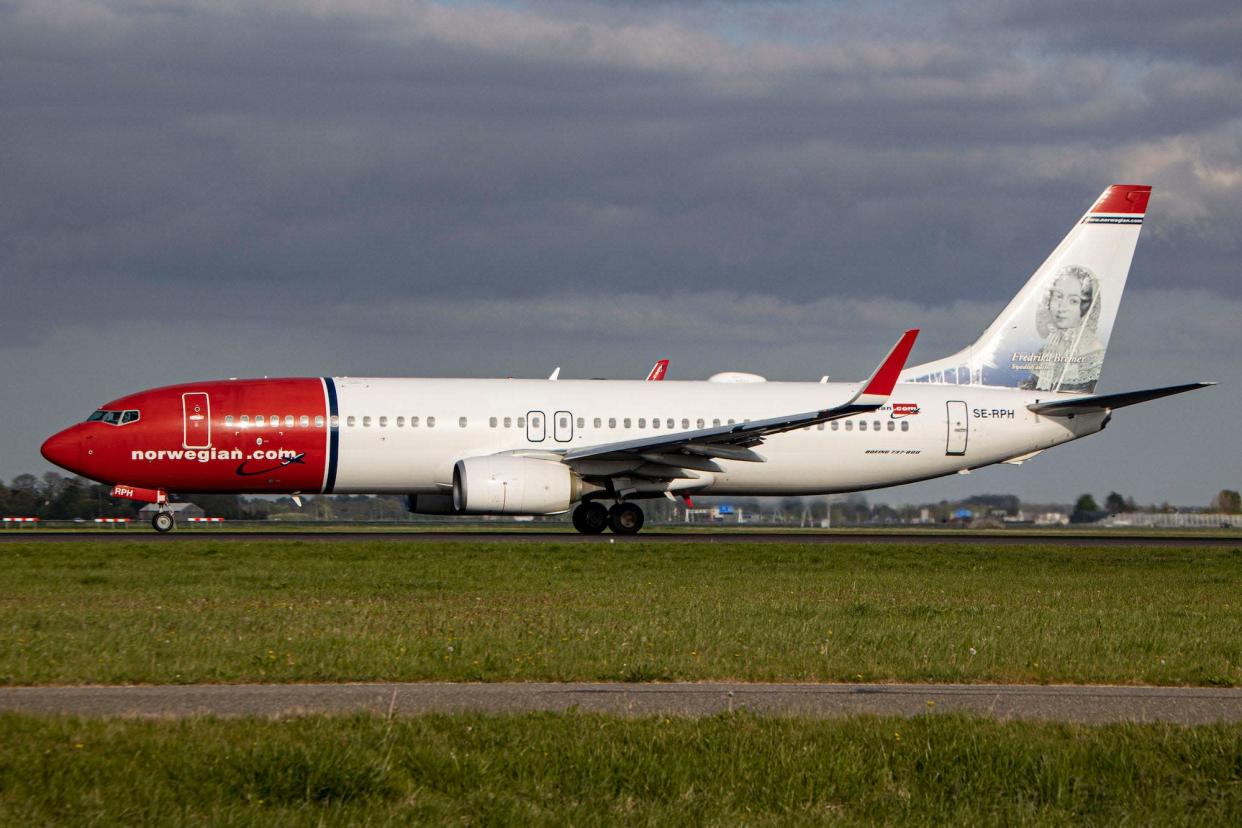 A flight attendant broke his ankle in two places after he was thrown from his feet by turbulence when his plane flew through storm clouds during its descent.

According to a report by France's air accident investigation board, Bureau d'Enquetes et d'Analyses (BEA), released Monday, the incident happened in July 2021, while a Norwegian Air flight from Copenhagen, Denmark was descending to land in Nice in the south of France.

The pilots had been working with local air traffic controllers to avoid storm clouds over the Swiss-Italian Alps and had been given permission to begin their descent to the airport.

While descending the pilots noticed another squall of storm clouds that hadn't previously been picked up on the radar. They realized it was too late to avoid flying through the clouds, so instead told passengers to fasten their seatbelts and proceeded through the clouds.

"This one will make a bang," the plane's captain told the copilot as they approached the clouds, per the report.

The injured attendant — referred to only as "cabin crew member two" — told investigators that he was securing equipment at the rear of the plane when it was jolted by turbulence. While he was moving to sit down, the turbulence lifted him from his feet.

After falling heavily he noticed his foot was trapped in the housing surrounding the plane's emergency slide before another jolt threw him upwards. He heard a crack and suspected his ankle was broken, per the report. He told investigators the incident happened very quickly, in a period between five and 10 seconds, per the report.

His colleague — cabin crew member three — also injured her ankle in the incident, but provided assistance, and informed the rest of the flight crew of her colleague's more severe injury.

After landing the injured attendant was taken from the plane on a stretcher by firefighters, to an ambulance, which took both injured flight attendants to the hospital. Cabin crew member two suffered two fractures and a dislocated ankle, while crew member three suffered bruising.

The Boeing 737's 180 passengers were all unharmed.

Norwegian did not immediately respond to Insider's request for further comment. Aviation news website Paddle Your Own Kanoo first reported the incident.

Injuries caused by turbulence remain rare. BEA said that it had recorded 65 incidents involving turbulence between 2012 and 2021, per the report.

Investigators concluded that the incident occurred due to differences in the meteorological information given to air traffic controllers (ATCs), which can differ greatly depending on the age of the radar used by the controllers. The incident happened in Italian airspace, the report said.

The pilots of the plane were found to be at no fault for the incident.