A music festival used to promote China’s expansionist policy has been given £78,000 from the pot intended to bail out Britain’s cultural sector.

While many popular organisations and venues across the country did not receive a penny of the £500 million fund, Arts Council England awarded the huge grant to the Belt and Road China-UK music festival.

The week-long event was held for the third time last January in several cities including London, Oxford and Cambridge. 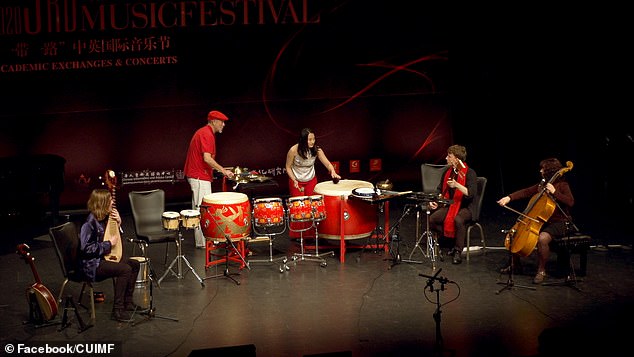 While many popular organisations and venues across the country did not receive a penny of the £500 million fund, Arts Council England awarded the huge grant to the Belt and Road China-UK music festival (pictured)

Supported by China’s Ministry of Culture and Tourism, it promotes the country’s Belt and Road Initiative, which has been accused of ensnaring poorer countries in debt traps by funding infrastructure projects.

The event’s website says its ‘remit is to actively respond’ to the initiative, which takes its name from the terms ‘economic belt’ and ‘Silk Road’. But critics have accused China of using its Belt and Road Initiative to exert its influence and achieve world control.

Senior Tory MP Tom Tugendhat, chairman of the Commons’ Foreign Affairs Committee, condemned the grant. He said: ‘It’s one thing to tolerate Chinese propaganda, it’s quite another to pay for it.’

And Tory MP Tobias Ellwood said: ‘Taxpayers will be extremely unimpressed that we are funding a programme whose long-term project is to undermine Western values.

‘This festival is obviously part of China’s wider programme to exert its influence across the world but until we as a country get to grips with that, events like these will continue to be funded. This simply shouldn’t happen.’

The Mail on Sunday can also reveal that a £51,000 grant went to a community centre whose youth group has demanded the removal of statues that represent Britain’s colonial history.

Although the Day-Mer Turkish and Kurdish Community Centre was established to ‘help address the needs’ of ethnic communities to ‘enable active participation’ in British life, its highly politicised youth wing has called for ‘the removal of all statues, landmarks and monuments that represent Britain’s colonial past’. 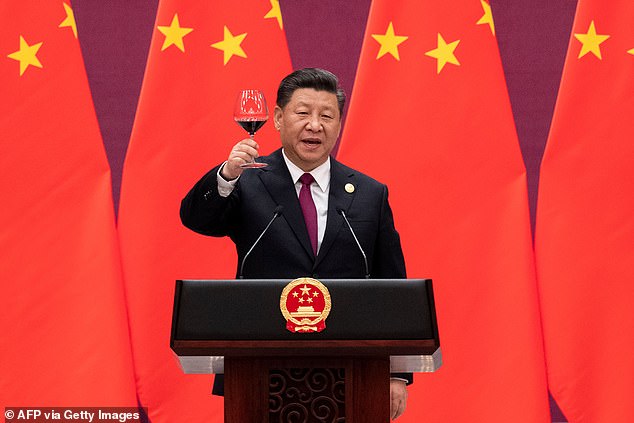 China’s President Xi Jinping raises his glass and proposes a toast at the end of his speech during the welcome banquet for leaders attending the Belt and Road Forum at the Great Hall of the People in Beijing on April 26, 2019

A Day-Mer spokesman said the youth group’s stance amounted to ‘a distinction between the views of a charity organisation and those of its service users’ – adding that all the funding will go towards music, drama and dance programmes.

John O’Connell, chief executive of the TaxPayers’ Alliance, said last night: ‘Taxpayers are sick of seeing their hard-earned cash spent on such undeserving causes. With the public finances under severe pressure, the nation can’t afford to waste a single penny.’

Dozens of other acts and venues, including Manchester’s renowned comedy club The Frog and Bucket, had their applications rejected.

The annual Towersey folk festival was also snubbed – despite drawing 10,000 to Thame, Oxfordshire, every year. Festival director Joe Heap said the rejection of its application for £100,000 has left it in a ‘precarious position’. A spokesman for Arts Council England did not respond to a request for comment last night.