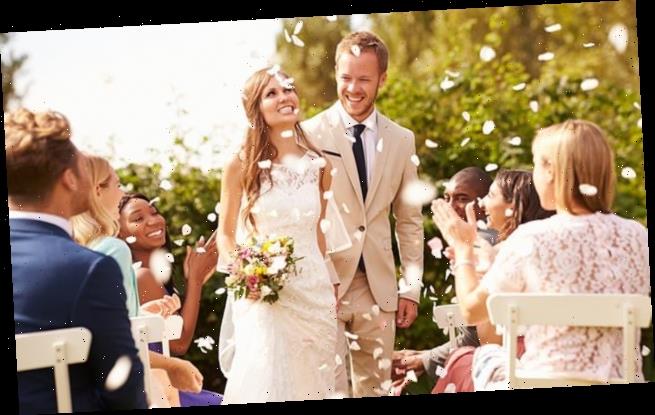 Wedding industry claims 7,000 couples might have to cancel because most events are only allowed to happen OUTDOORS with 15 guests from April 12

Ministers today came under fire from the wedding industry for only allowing larger events to happen outdoors from April 12 – with claims 7,000 couples could have to cancel.

The PM’s roadmap said that up to 15 people – not including children aged under five – can attend weddings and receptions when the loosening takes place next month.

But it has emerged there was confusion about whether that merely applied to gatherings outdoors, or also meant events could be staged inside.

According to the UK Weddings industry body, the government has recently clarified that ceremonies and receptions will only be permitted at places of worship, public buildings and outdoor hospitality settings.

The organisation said that does not include most of the UK’s licensed venues where 71 per cent of weddings usually take place – although it swiped that technically people could get married at a zoo.

Some 7,000 weddings might have to be postponed or cancelled unless ministers relent, according to UK Weddings.

However, Downing Street insisted there has been no change to its roadmap. 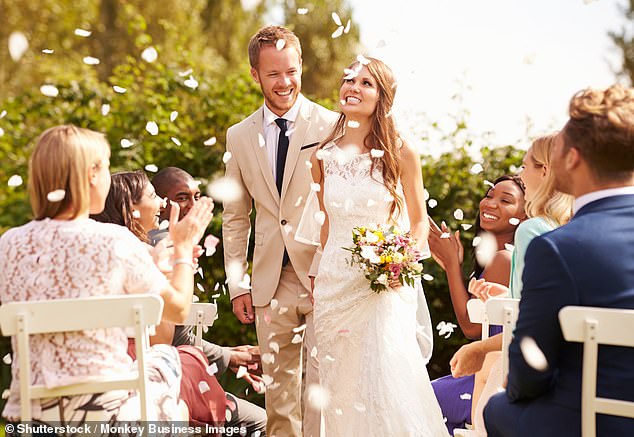 It has emerged there was confusion about whether the April 12 date merely applied to gatherings outdoors, or also meant events could be staged inside

The Prime Minister’s official spokesman said: ‘I would point to the road map which is clear that, at step two, weddings, receptions and commemorative events including wakes can take place with up to 15 attendees in premises that are permitted to open.

‘We have said throughout that outdoors is safer than indoors. That means, at step two – which is no earlier than April 12 – wedding receptions must take place outdoors.’

The schedule published last month stated that from April 12: ‘Weddings, receptions, and commemorative events including wakes will be able to take place with up to 15 attendees (in premises that are permitted to open).’

Up to six people are allowed to attend weddings from March 29, and the figure is set to rise to 30 from May before all limits are removed the following month.

UK Weddings spokeswoman Sarah Haywood said: ‘The roadmap indicated weddings and receptions could resume on 12th April. We have now discovered, not by being offered the information but by analysing the small print and repeatedly seeking clarity, that this is not the case.

‘The £14.7billion wedding sector can reasonably expect Government’s own messaging to be clear and unambiguous.

‘It is neither, and after a year of uncertainty for businesses, their employees and over half a million people whose weddings have been on hold, this is yet another major blow.

‘It will cost the industry – already on its knees – millions of pounds, lead to the loss of more jobs and leave an estimated 7,000 couples without a wedding.

‘The reality facing the sector is that a couple could technically get married in a zoo, but not in a Covid-safe, purpose-built wedding venue.’

Boris Johnson himself is thought to be planning to marry fiancee Carrie Symonds when the restrictions are eased – although they have not revealed any date. 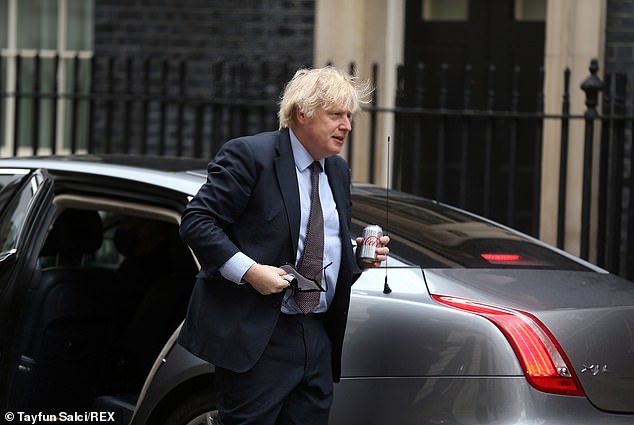