HAVANA—We huffed up several flights of stairs at the Lizt Alfonso Dance Company studio wondering if it was worth breaking a sweat. Turns out, it was. A group of captivating dancers wowed us with several flamenco routines and sat on the floor afterward as we asked them questions. On the way back down, a few of us stopped to look out a barred, open-air window onto the rooftops below, or what would be rooftops if the roofs hadn’t collapsed. Gangly weeds sprouted inside the shells of neighboring buildings, which looked like bombed-out remnants of Russian attacks in Ukraine. Except it’s neglect and deprivation, not bombs, that have etched deep scars across Havana’s cityscape.

This type of contrast is everywhere in Havana: Beauty amid blight, grit competing with futility, ambition battling obstruction. I went to Cuba in early January with a group of 20 curious Americans on a trip sponsored by the Global Interdependence Center, a Philadelphia nonprofit focused on economic cooperation among nations. Most of us had never been to Cuba. We wanted to learn what America’s communist neighbor is really like and better understand why the United States has shackled the nation with ruinous sanctions for 60 years. The itinerary included several meetings with senior government officials, briefings by civic experts, and introductions to local businesspeople.

It was a timely trip. Cuba is in the news again as thousands flee for the United States, either through Latin America toward the southwest border with Mexico or on rickety boats across the Caribbean toward Florida. It’s the largest exodus from Cuba since Fidel Castro seized power in the 1959 revolution. The COVID pandemic crushed the island’s tourism business, which has barely returned. New sanctions imposed during the final days of the Trump administration sucked more oxygen out of the reeling Cuban economy. Many of those fleeing now are young, educated Cubans who see no opportunity in their home country. 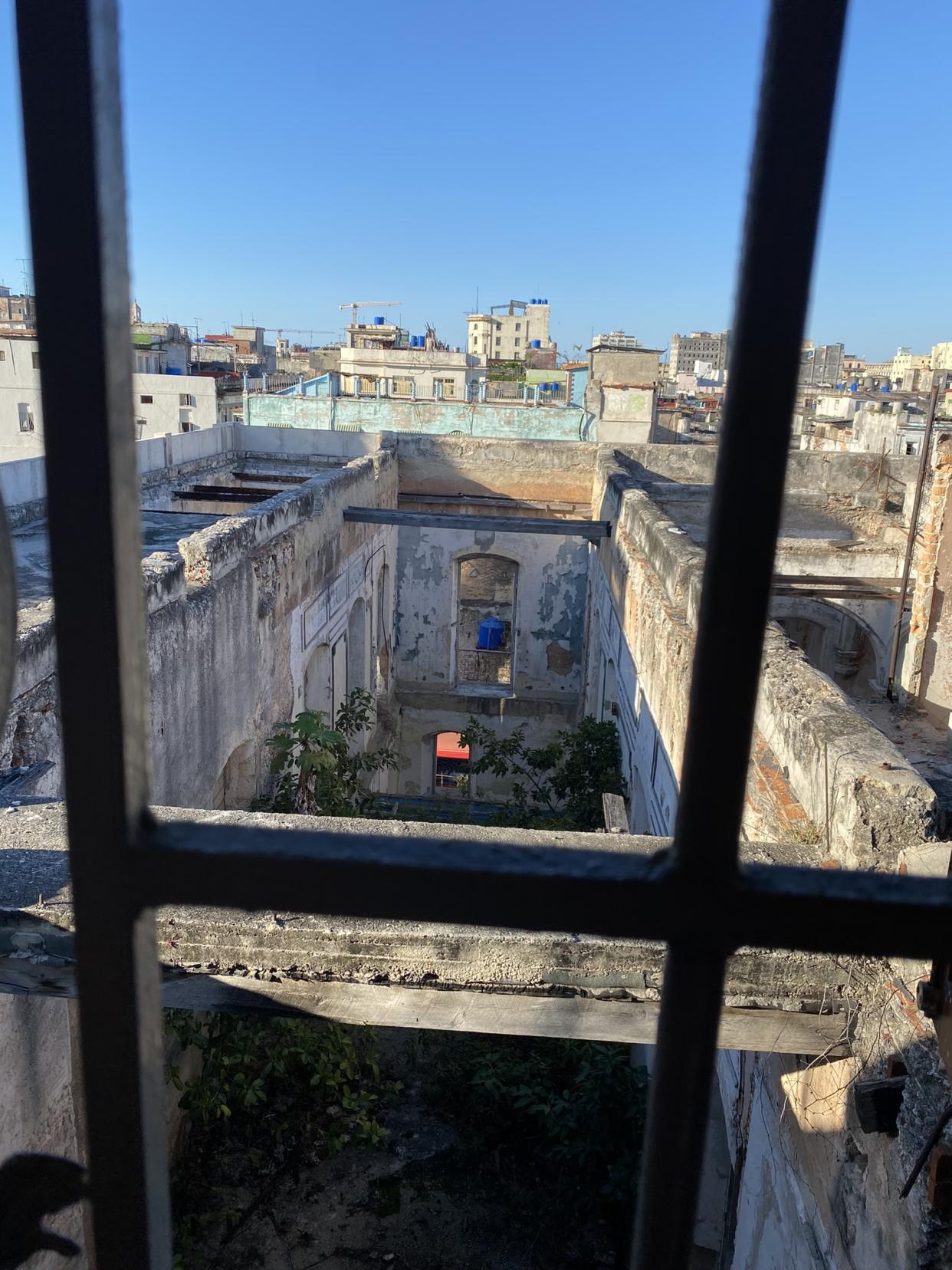 President Biden said he would reverse Trump’s Cuba policies, but little has changed during his first two years in office. Pressure to address the migrant surge at the southwest border could be one catalyst for change. Cubans are now the second-largest group of migrants to the United States by nationality, after Mexicans. In January, the Biden administration began issuing visas at the U.S. embassy in Havana for the first time in four years, a possible sign of thawing relations between the two countries.

Passions run deep on the question of whether the United States should normalize relations with Cuba. Many Cuban Americans lost family property, or worse, when Castro took power, and strongly oppose any opening to Cuba as long as Castro’s Cuban Communist Party remains in power. Younger generations tend to favor normalization, but they lack the political clout of their elders. I went to Cuba feeling ambivalent and returned feeling more enlightened about possible ways forward. Here are some of the things I learned:

Russia’s influence is fading. The Soviet Union backed Cuba from the 1960s until the USSR fell apart in 1991. That began a long period of economic isolation for Cuba, manifest now in thousands of Havana buildings that are falling down simply because nobody has the money or ownership interest to repair and maintain them. Nor has China recruited Cuba as an ally, as it has other nations in Africa and Latin America.

“It’s in the interest of the United States to open up because the Cubans clearly get nothing from Russian and nothing from China,” says David Kotok, chairman of investing firm Cumberland Advisors, who led the GIC delegation to Cuba. “If we keep this tourniquet around their neck, we force them into our adversaries’ camp. Opening up step by step would benefit Americans and those in the United States who would like to do business with Cuba.”

Cuba sure doesn’t feel like a terrorist state. The United States designated Cuba a state sponsor of terrorism in 1982, when it was a close ally of America’s archrival, the Soviet Union. In 2015, President Obama removed that designation as part of a broad rapprochement with Cuba. Trump undid the Obama reopening and put Cuba back on the terrorism list nine days before leaving office in 2021, claiming Cuba harbors fugitives hostile to US interests. The designation automatically triggers sanctions meant to sever the target nation from the global financial system and strangle its economy.

Only three other nations are on the US terrorist list: Iran, Syria and North Korea. In those countries, the governments would closely monitor and perhaps hector, or even jail, an American visitor. In Havana, however, I moved around by myself, including long runs around the city, without ever feeling uncomfortable. If anybody was tracking me, I never noticed. Sanctions, which Cubans call “the blockade,” prevent Americans from traveling to Cuba as tourists, but Europeans and many others visit Cuban beaches and other attractions all the time, as if it’s a normal country. There's some truth to Trump's 2021 claim about Cuba protecting fugitives from American justice, but the terrorist designation still seems flimsy and arbitrary compared with what we tolerate from other countries that aren’t on the list. 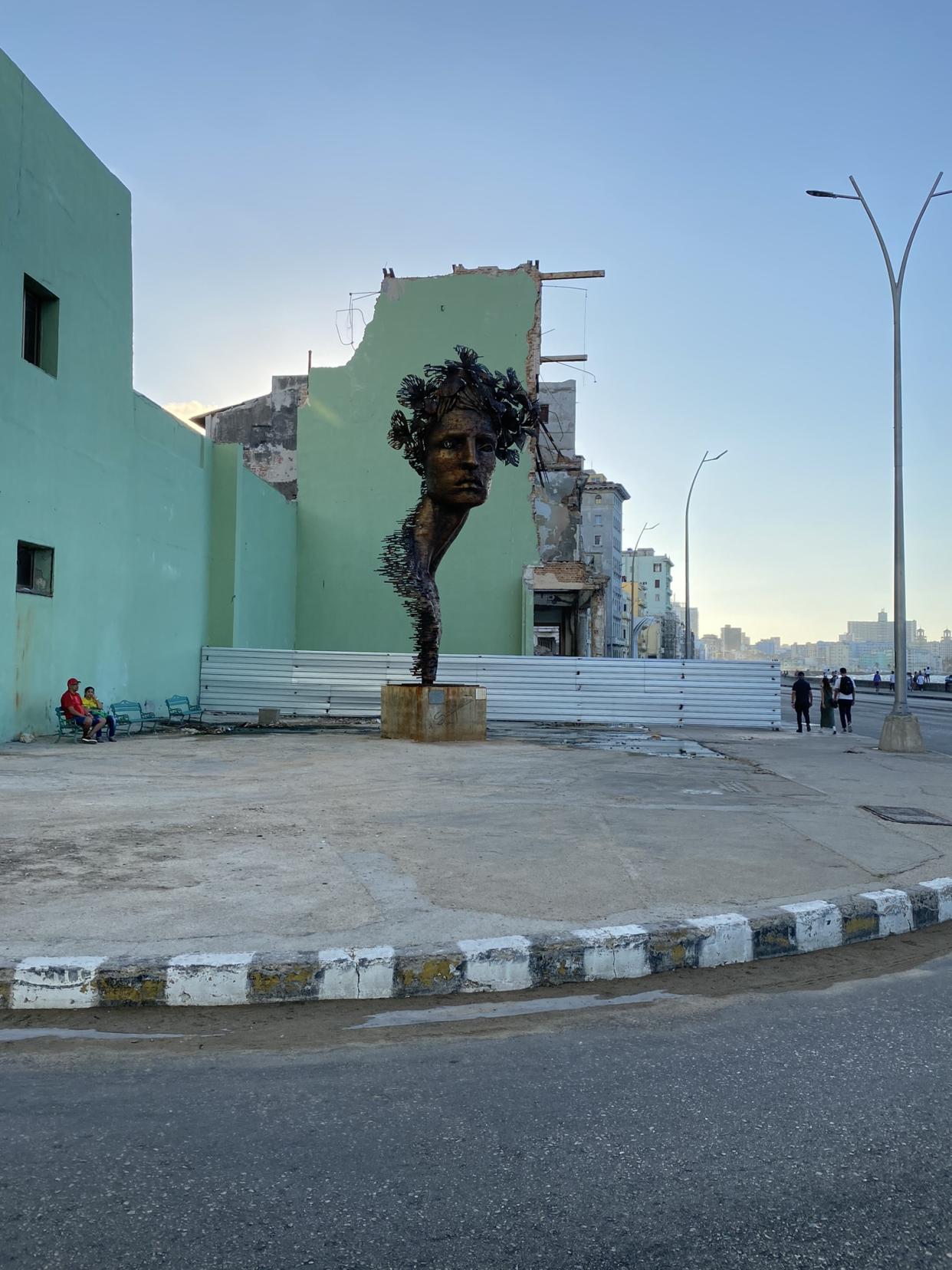 “There is no animosity in Cuba toward the United States,” Carlos Fernández de Cossío, the deputy foreign minister, told our group. He cited the removal of Cuba from the State Dept.’s terrorist list as one the nation’s top priorities and said, “The United States could do this and no American would feel any pain. Acting on this would have no cost within the US.” But he needs to convince fervent anti-Castroists, mostly in Florida, who are politically powerful and in some ways the arbiters of U.S. policy toward Cuba.

There’s a burgeoning private sector. Cubans are allowed to start businesses, earn a profit and accumulate wealth, within limits. “It used to be that talking about the private sector was like talking about the devil, capitalism,” consultant Oniel Díaz Castellanos of the firm Auge Havana told us. “Now, there are more private companies than state-owned. It’s a huge change for a country like Cuba.”

There are also rules that seem designed to make sure private-sector businesses never get too powerful. You can’t have more than 100 employees or own more than one business, for example. The combined tax rate is around 50% and Cuba recently eliminated a one-year tax exemption for new businesses. Government officials stress the importance of state-owned businesses over the private sector. “State companies are the pillar,” one senior official said, leaving their capitalist-minded American visitors unimpressed. Even so, Castellanos told us 34% of the Cuban workforce is in the private sector, which suggests something is working. 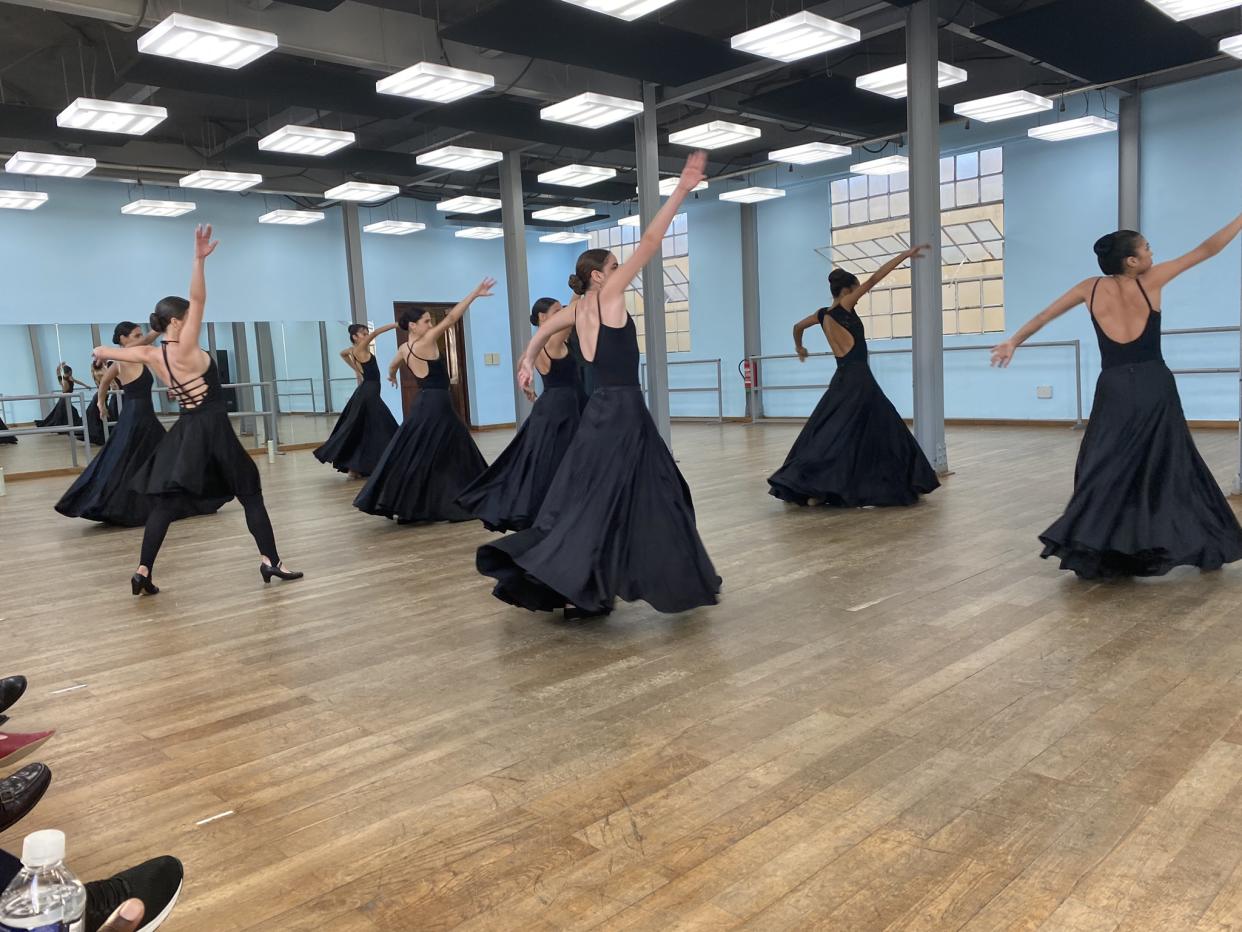 U.S. sanctions are a huge barrier for private-sector businesses. Cuba may have the world’s heartiest entrepreneurs, because they overcome hurdles many American business owners would find ruinous. There's a severe shortage of raw materials needed to make stuff inside Cuba, because U.S. sanctions block many imports. A clothing entrepreneur told us the best way to get plain T-shirts for local artists to design is to buy them in bulk out of the country and pack them in luggage on the return flight. An art gallery curator said photographic equipment is so scarce that some shooters leave the country to print their photos. Sometimes there’s no paper to make shopping bags for visitors who patronize gift shops.

U.S. sanctions essentially block the convertibility of the Cuban peso into dollars or euros for international transactions and make it difficult or impossible to obtain credit. This means most Cubans buying imported goods have to pay cash, somehow. Of course, there’s a black market providing services that banks can’t. One business owner showed us how the black-market currency exchange works on the social-media app Telegram, where hundreds of buyers and sellers trade pesos, dollars and euros. Since these are in-person exchanges and cars can be expensive, there’s typically a discount for whoever travels to the other person’s location. “We want there not to be an embargo,” a restaurant operator told us. “If there were no embargo, things would be much easier and not as costly.” 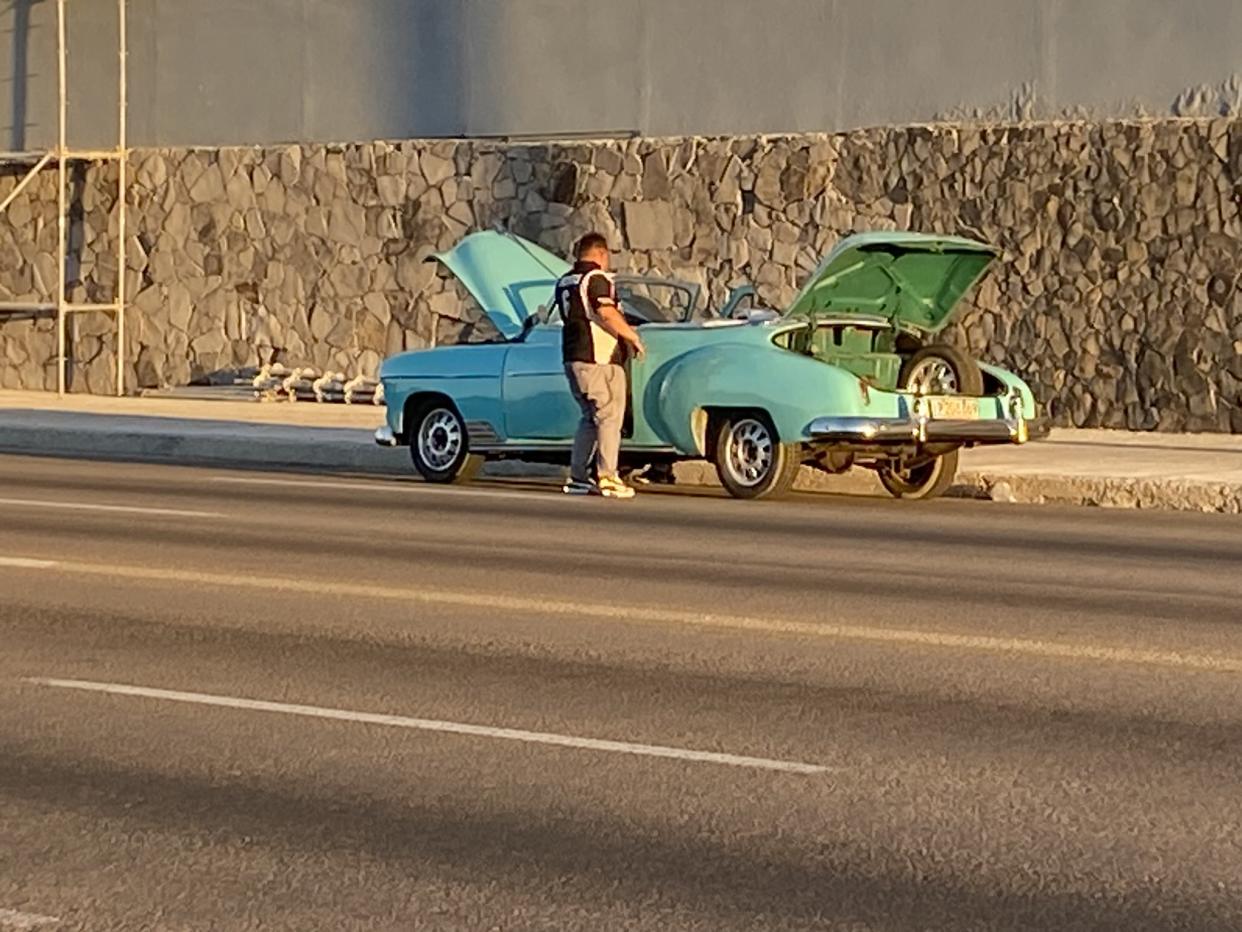 Cubans really want to buy American stuff. Virtually everybody told us this, from the private sector, the government, and big state-owned companies. One government official griped about a fivefold increase in the cost of rice shipped from Asia since 2019, and said, “The normal thing would be for us to buy rice from the U.S., because it’s 90 miles away. But we can’t because of the blockade.” If trade opened up, Cubans would undoubtedly clamor for U.S. food, fuel, medical supplies, industrial equipment, and all kinds of other things.

You can criticize the government. Many Cubans we met openly criticized the communist government for a variety of things: ubiquitous lines for food and gasoline, routine power outages, the dial-up quality of Internet service, clumsy policies that fail over and over to raise already low living standards. I asked one business owner what’s allowed, exactly. Apparently it’s okay to bash policies but riskier to criticize government individuals by name, which can garner a jail sentence. Still, to be safe, you’ll notice that I’m quoting many people anonymously, so I’m not the one who tests their freedom of speech.

There’s a model for what Cuba might become. It's Vietnam. The United States suffered nearly 60,000 fatalities during the brutal war in Vietnam in the 1960s and '70s. Yet it restored trade relations with Vietnam in 1994, when it was still led by the communist government that effectively drove U.S. forces out. U.S. trade with Vietnam now includes $10 billion of exports per year and $80 billion of imports. If the United States can do business with a former military foe on the other side of the world, it can certainly improve ties with a recovering Soviet sidekick just 90 nautical miles away.

Click here for politics news related to business and money