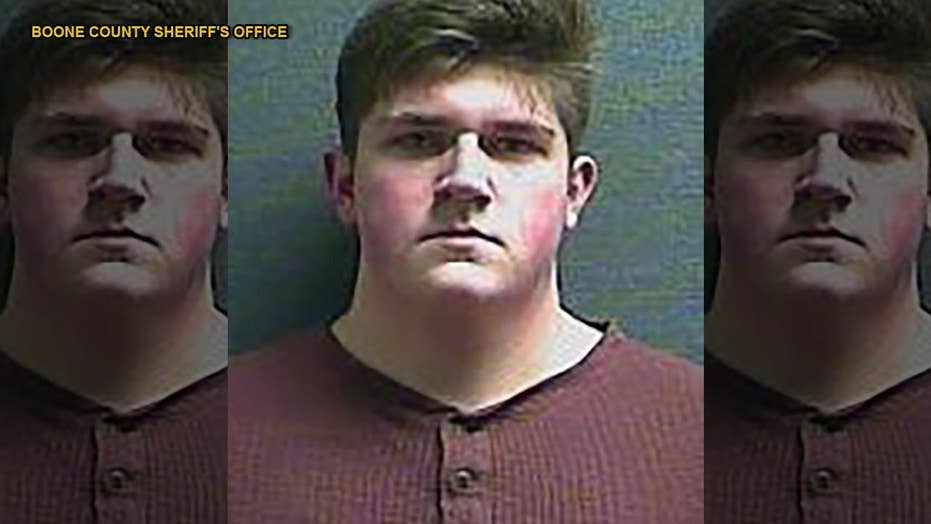 A 7-foot-tall former Kentucky high school basketball star — who's the son of an ex-NFL offensive lineman — was arrested Tuesday for allegedly raping and sexually assaulting an 18-year-old woman, police said.

College basketball prospect Jacob Walter, listed at 7-feet tall and weighing 300 pounds, allegedly committed the crimes throughout the day Sunday, according to the Cincinnati Enquirer. The woman told Boone County Sheriff’s detectives that Walter forcefully raped her and sodomized her, officials said.

“It did occur throughout the majority of the day beginning in the morning hours and ending in the evening hours,” a Boone County official told WAVE-3. “They were amicably together, but she did not want to have any kind of sexual contact with him that day.”

The woman said she was fearful of Walter, the 18-year-old son of former Cincinnati Bengals tackle Joe Walter, and didn’t want to have sex with him because she felt sick, Boone County officials said.

Walter sodomized the woman while holding her down and pulling her hair, officials said. He allegedly caused physical injuries including contusions to her right breast and a laceration to her chest, according to the Enquirer.

Walter was ordered to stay away from the victim and her family and was being held on $250,000 cash bond at the Boone County Detention Center.

Walter was a standout basketball player at Covington Catholic High School and once earned a scholarship offer from Xavier University — but as of August 2018 he wasn’t on the roster and he never enrolled at the school, the Enquirer reported.