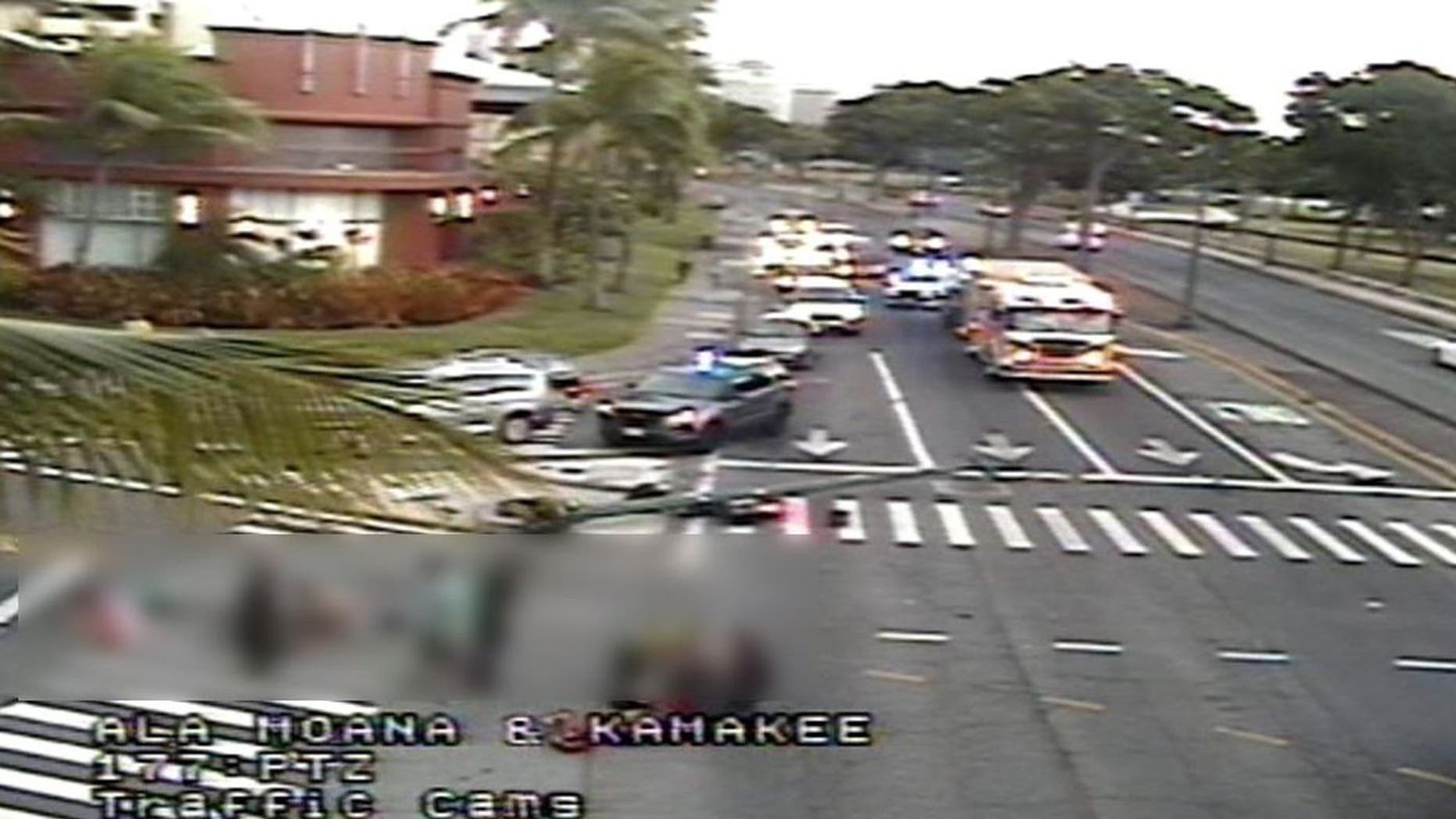 At least three people were killed and five more were taken to the hospital after a deadly collision in a Honolulu neighborhood on Monday.
(Traffic Cams/Hawaii News Now)

Honolulu authorities said Monday that three people were killed and another five were hospitalized in serious condition after a pick-up truck plowed through a group of pedestrians crossing the street.

The deadly collision occurred around 6:20 p.m. in Kakaako, an upscale neighborhood in Honolulu. Witnesses told the Honolulu Star-Advertiser that the crash involved two pick-up trucks and multiple pedestrians.

“It slammed those people,” said witness Fredly Sampson. “Just a really bad scene. All those people, they couldn’t even move.”

Arrest made in fatal hit-and-run where witnesses claim college student was left to die: report

Officials said the fatalities were two pedestrians and a bike rider. The remaining victims, including the suspect and the other pick-up truck driver, were taken to a hospital in serious condition. The victims' ages ranged between 20 and 40, Hawaii News Now reported.

Police said they believe the suspected driver was intoxicated. The suspect was not arrested because he was taken to the hospital for his injuries, the report said.

The intersection was reportedly closed to traffic while authorities and medical personnel worked at the scene. Police are treating the crash as a negligent homicide investigation, the Star-Advertiser reported.