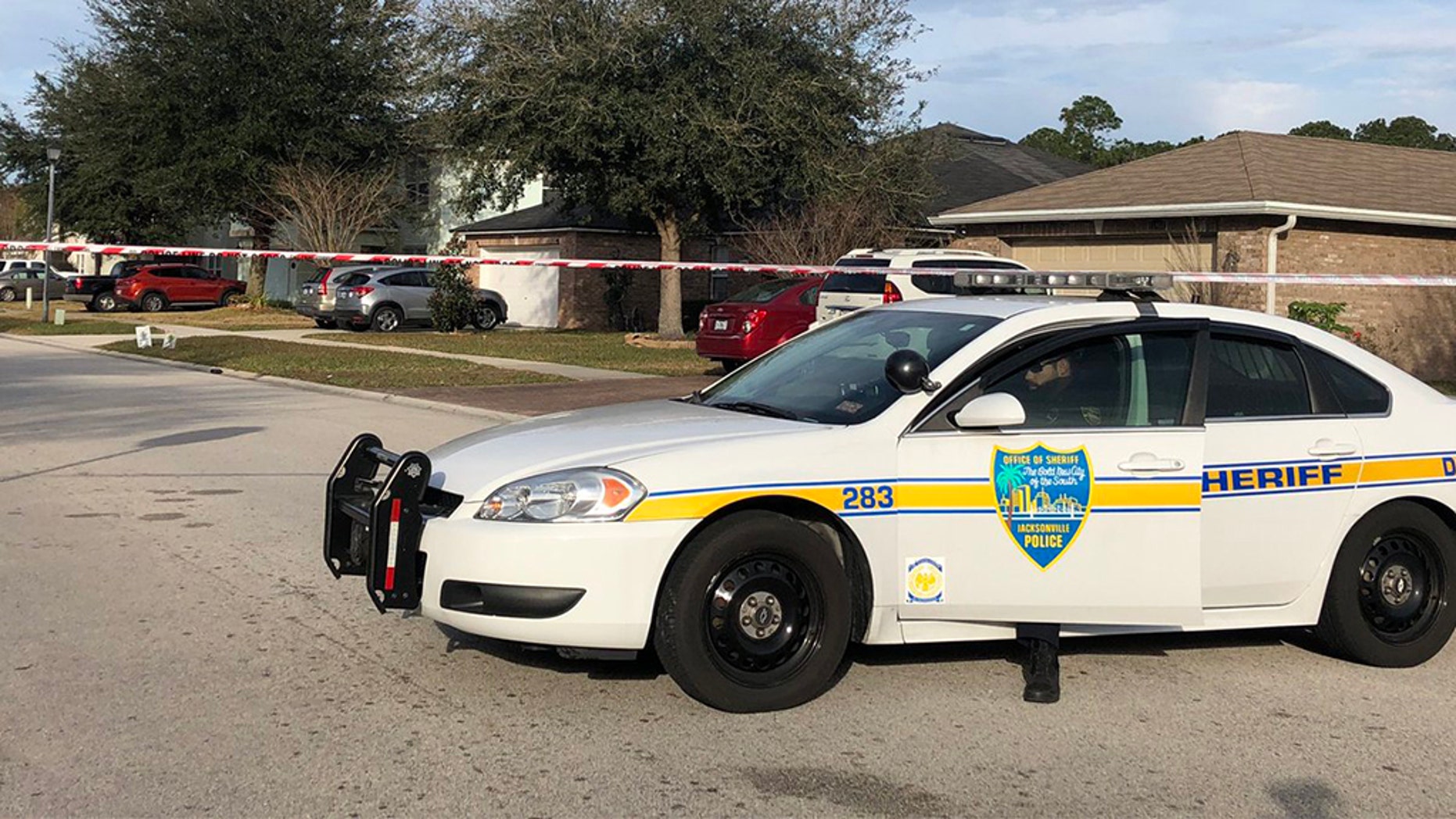 Deputies with the Jacksonville Sheriff’s Office were investigating a shooting Saturday in which three people were killed in what they believe was a murder-suicide. Two others were critically wounded.
(Alicia Tarancon/Fox 30 Jacksonville)

Deputies in Jacksonville, Fla., were investigating a murder-suicide Saturday in which three people were killed and two others were critically wounded, according to reports.

The gunfire preceded screams at a home on the Westside around 3 a.m. Saturday, WJXT-TV reported.

"It's really shocking to me that this happened," a neighbor named Mary told the station. She said a woman and her two brothers lived in the house.

“I heard the sister crying,” the woman said. “She didn't believe he was dead. She was devastated. She was crying, screaming out loud for about an hour."

The two wounded persons were taken to a hospital, according to local media.

One of those who died was the person who opened fire.