The Raise the Roof Homeless project had paid for 14 rooms to house 28 homeless people in Hull over the festive season. 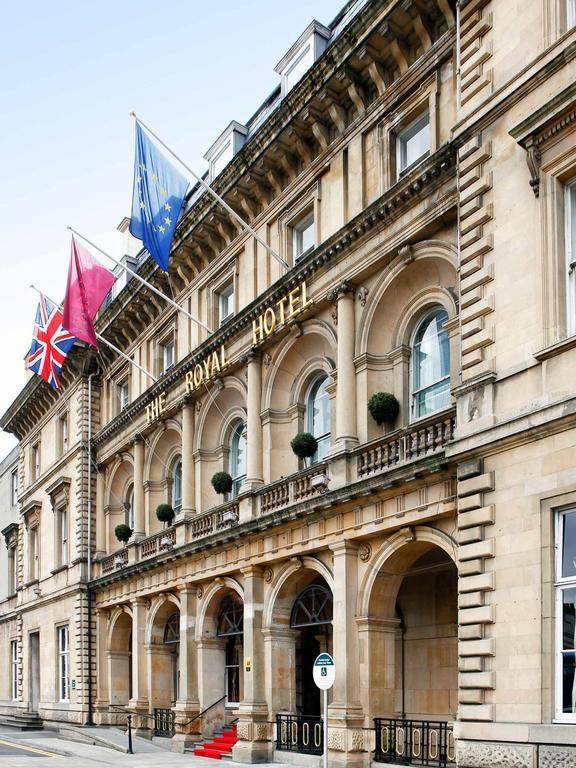 But the charity said they were left "absolutely gutted and very angry" after Royal Hotel Hull cancelled their booking with no explanation.

They explained: "We have been on the phone with the Royal Hotel Hull and they tell us that the 14 twin rooms we had booked for the homeless on Xmas Eve and Xmas day have been cancelled and money refunded.

"Before we booked this hotel we informed them that we was a homeless project and what it was for and they was fine about it so we paid £1092.

"I asked for a reason and was told there isn't one, I've asked for a email to be sent asap giving reason for this action so will update you when it arrives but in my eyes this is nothing more than discrimination especially after we was so open about what it was for. 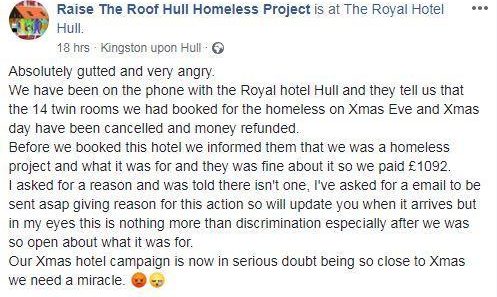 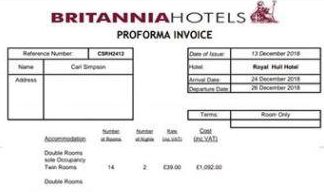 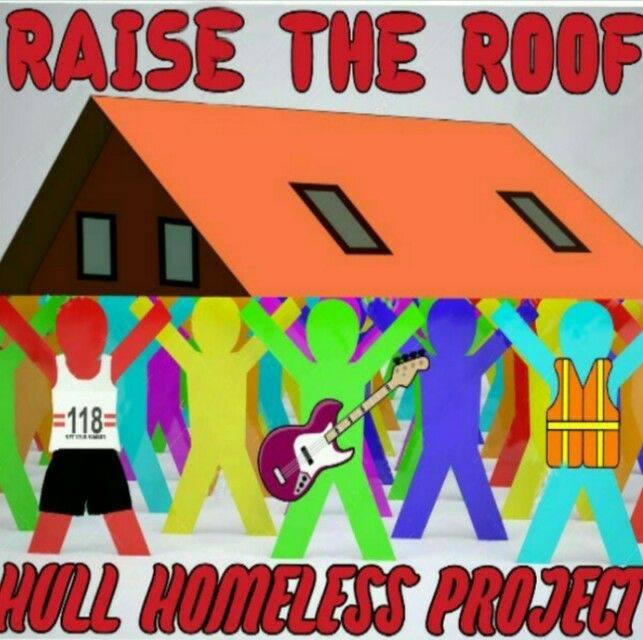 "Our Xmas hotel campaign is now in serious doubt being so close to Xmas we need a miracle."

The charity fundraises to help put roofs over the head of vulnerable people in the Hull community.

Organiser Carl Simpson added: "I can't think of anything else apart from discrimination. This is just kicking people at their lowest, while they're down."

Raise the Roof used the city's Ibis hotel last year for its Christmas campaign, but the venue did not have enough twin rooms available this year to repeat the booking, cafe owner Mr Simpson said.

He is now concerned about the time it will take to receive the refund, and whether the number of rooms needed can still be found elsewhere at an affordable price.

One person wrote: "Disgusting. The hotel should hang their heads in shame."

A member of staff at the Royal Hotel said no one at the hotel could comment.