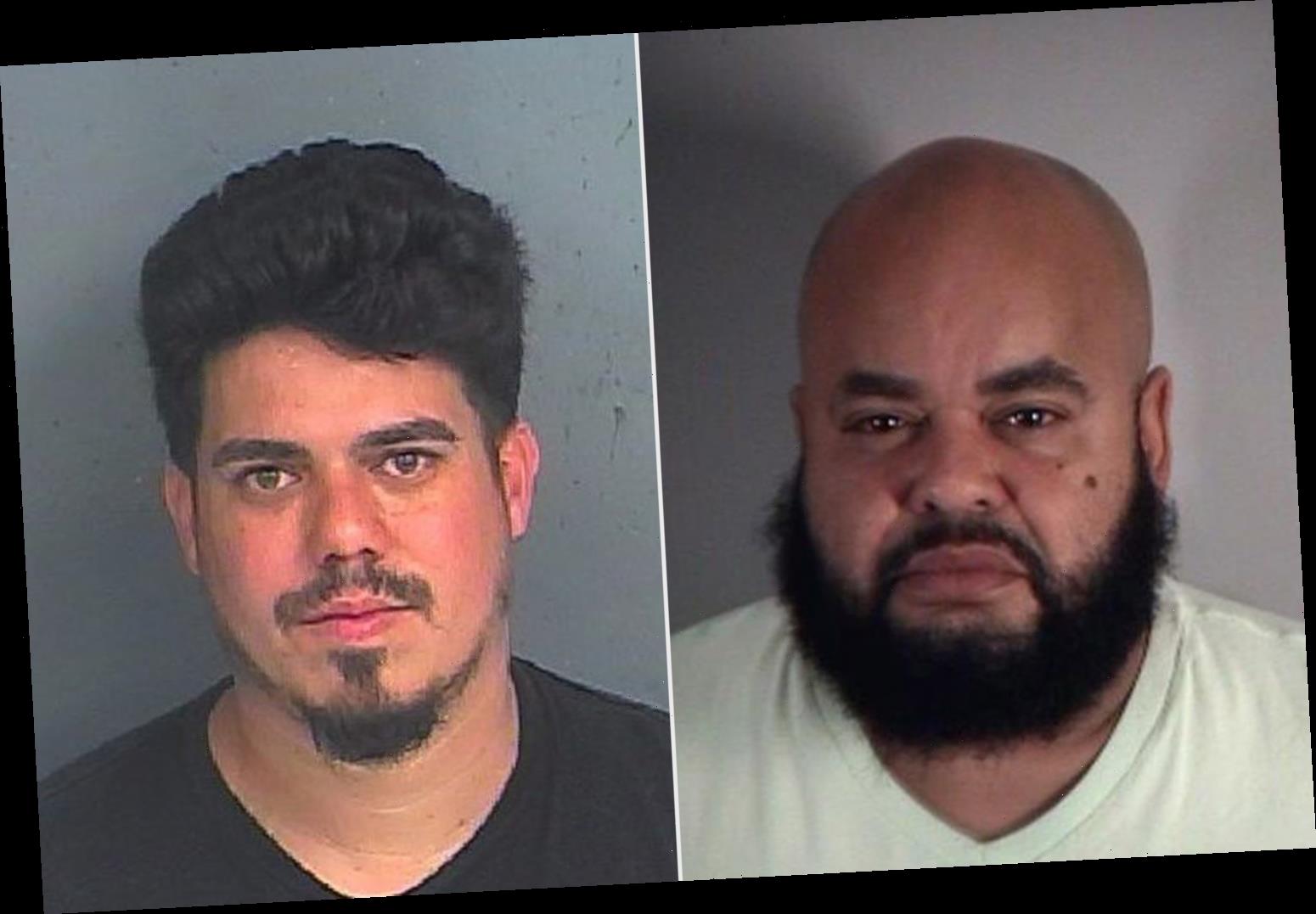 Larry Colon and Frankie Huertas-Rivera were arrested last week on felony animal cruelty charges in the death of a pregnant dog.

Colon, 50, the owner of the French Bulldog named Lyla, allegedly paid Huertas-Rivera $650 to perform an illegal C-section at his home in Lake County, Florida, an arrest affidavit states.

Authorities allege that Huertas-Rivera is not a licensed veterinarian and Colon was aware of this.

Following the surgery, Colon brought the dog to a veterinary office, a doctor at a local clinic reported to the police, according to the affidavit. The dog was dead upon arrival and two unborn puppies were found inside Lyla's body.

In the affidavit, police allege Colon told the veterinarian and her staff that the surgery was performed at his house "by a friend of a friend that is unlicensed" as Colon "were trying to save money."

Colon's 15-year-old daughter posted a since-removed video of Huertas-Rivera performing the operation on TikTok, according to WESH Orlando.

The video allegedly shows the dog in a semi-sedated state writhing in pain as Huertas-Rivera attempted to deliver puppies, WESH Orlando reports.

The vet told officials the pregnant dog and her puppies "suffered unjust cruelty and suffering due to unethical medical services performed," according to the affidavit.

The clinic also allegedly advised that Colon take the surviving animals to the veterinarian "ASAP to assess the puppies," but they had not been by the time an animal cruelty investigator arrived at his home the following day.

Both men were arrested on Feb. 12 on animal cruelty charges and Huertas-Rivera was given an additional charge for performing an unlicensed surgery.

They both posted bonds and are set to be arraigned in March. Lawyers for the men could not immediately be reached to comment on their behalf.