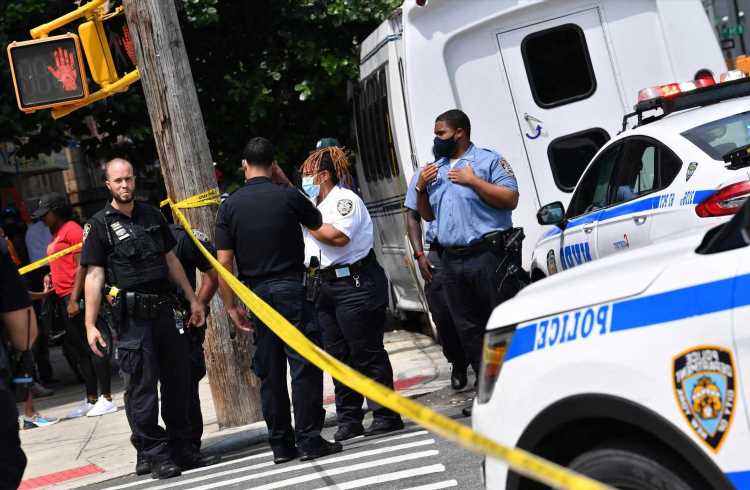 Surveillance photos released of suspect in slaying of NYC teen

Two people were fatally shot and two others hurt in separate shootings from Wednesday afternoon through early Thursday, according to cops.

Pierrot Simeon, 21, was shot multiple times in the torso and once in the left forearm at the corner of Clarkson Avenue and East 53rd Street in East Flatbush, Brooklyn, around 2:20 p.m. Wednesday, cops said.

Simeon, who lives around the corner from the scene, was rushed to the Kings County Hospital Center, where he was pronounced dead.

The circumstances leading up to the shooting were unclear.

Around 12:30 a.m. Thursday, Billy Wynn, 25, was fatally shot in the head in front of his own building on College Avenue near East 167th Street in the Morrisania section of the Bronx, authorities said.

EMS responded and pronounced him dead on the scene.

The circumstances of this shooting were also unclear.

Wynn has been arrested multiple times, including an October bust for the rape of a woman believed to be his ex-girlfriend, according to cops.

Earlier Wednesday evening, a 27-year-old man was shot in the leg during a dispute on East 229th Drive South in the Edenwald section of the Bronx around 7:50 p.m., police said.

He was taken to Jacobi Medical Center with non-life-threatening injuries.

A 19-year-old woman was shot in the left leg by an 18-year-old man known to her during a dispute inside an apartment within NYCHA’s East River Houses on East 102nd Street in East Harlem around 6:40 p.m., cops said.

She was taken to NewYork-Presbyterian Hospital with non-life-threatening injuries.

The suspect — whose exact relationship to the woman was unclear — fled the scene, cops said.