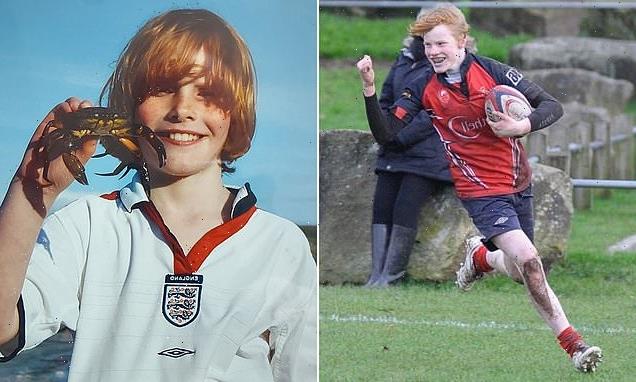 Promising rugby player, 18, took his own life after getting a concussion during a match and then suffering with debilitating tremors, dizziness and heart palpitations

A talented rugby player and intelligent sixth-form student took his own life after getting concussion during a match and suffering debilitating symptoms, an inquest has found.

Cameron Milton, 18, from Edgworth, near Darwen, was found dead in his room on the morning of 29 March.

The teen, who attended Bolton School and played for Bolton Rugby Club, was discovered by his mum Jo Milton when she went to wake him up for sixth form.

She desperately tried to resuscitate her son but when paramedics arrived, she said: ‘He’s gone, I know he’s gone.’ 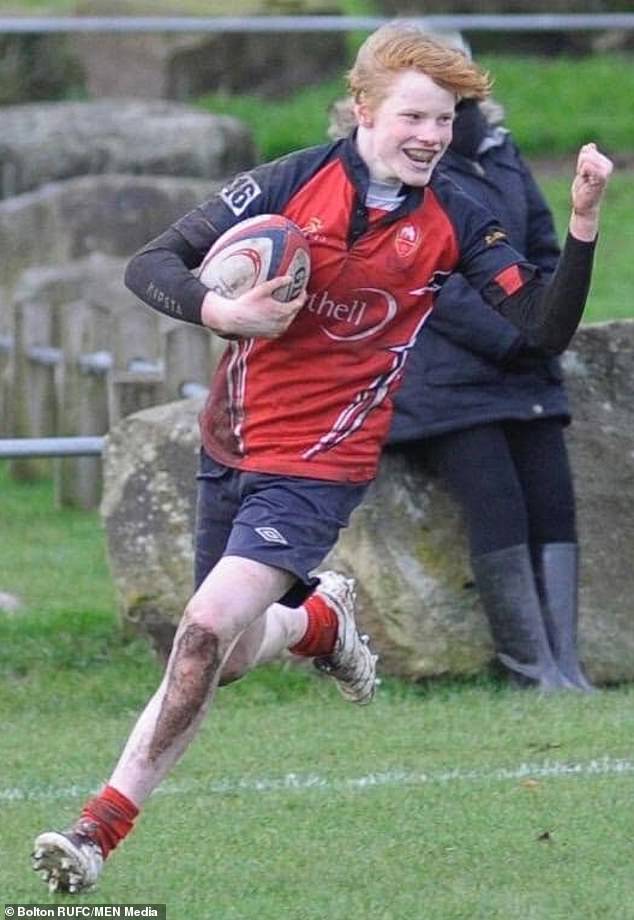 Cameron Milton, 18, suffered a concussion during a rugby match in August 2021 and took his own life in March this year

An inquest held last week at Accrington Town Hall heard that Cameron, the youngest of three brothers, had been worrying about symptoms he had been experiencing since suffering a concussion during a rugby match in August 2021.

Despite extensive tests and a number of attendances at A&E, doctors were unable to find anything wrong with Cameron and advised against a brain CT scan because of the risk of exposure to radiation at such a young age.

His parents had planned to pay for the scan privately, but Cameron told them he didn’t want them to spend their money. 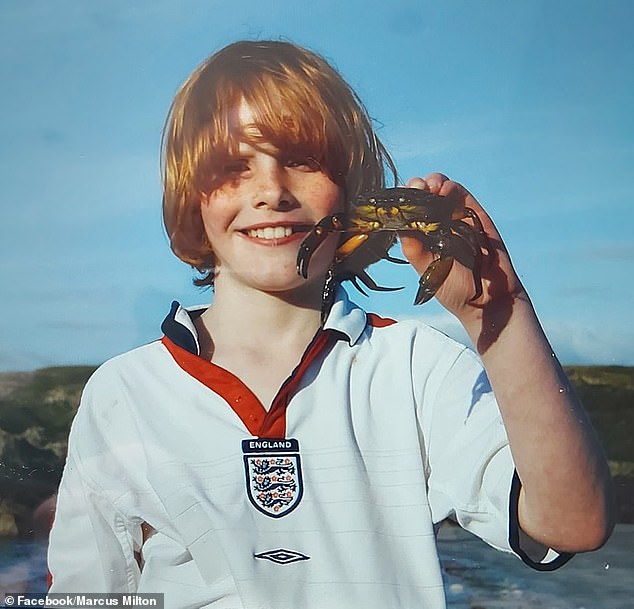 Cameron experienced dizziness, tremors, loss of balance and heart palpitations after the game and had to miss lessons at school

Friends from Bolton School reported that Cameron had voiced fears that he was dying.

The sixth-form student was predicted high grades in classics, PE and geography but his ongoing medical symptoms meant he had missed a number of lessons.

Mrs Milton, who works at Rossendale School, said the Covid lockdown had ‘a massive impact’ on him.

Living in Edgworth meant he was particularly isolated given its rural location between Darwen and Bolton.

‘He loved being with his brothers and his mates,’ Mrs Milton said.

‘He was always up for a laugh and he wanted to become a personal trainer.’

Mrs Milton revealed that Cameron would regularly test his heart rate and blood pressure, which both occasionally spiked to high readings, including a heart rate of 180 beats per minute.

Despite this, he was ‘still laughing and being his normal self’.

‘One day in early January he came to me upset and crying. He couldn’t speak for half an hour,’ she said in a statement.

‘He said he’d had a full body tremor. It lasted for two minutes.

‘The next day he went to school and had more tremors. That’s when he started struggling to get to school.’

ECG tests and blood tests found nothing of concern but Cameron continued to believe he had a heart condition.

He was ‘scared’ he would die and even recorded voice notes on Snapchat almost as if ‘in the event of his unexpected death’.

On the night of 28 March, Cameron went to bed after saying ‘love you’ to his mum as normal. 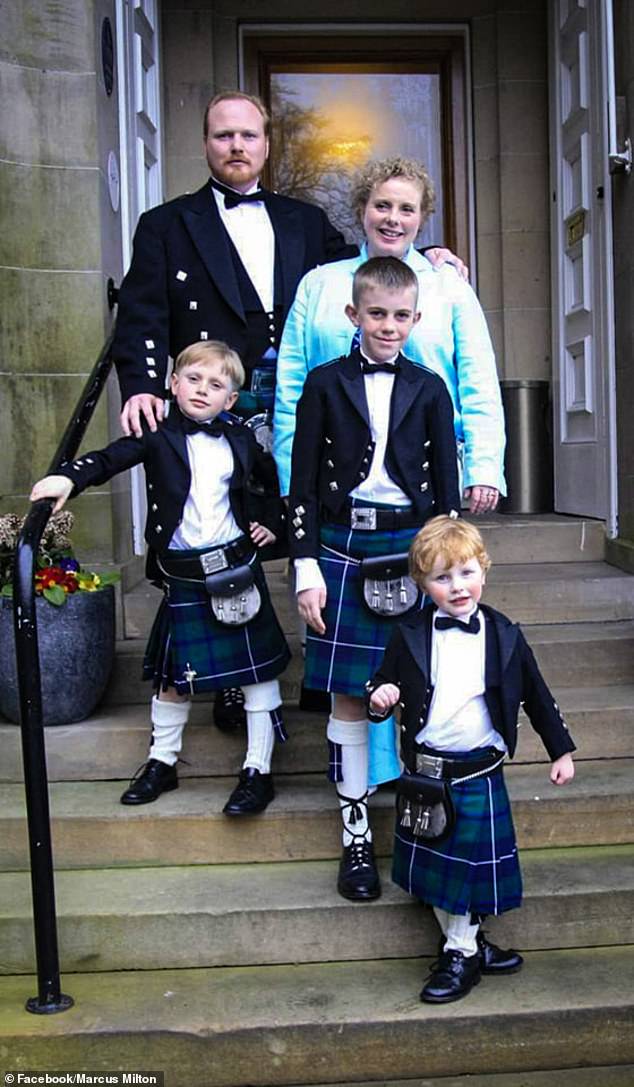 At 7am the next morning, Mrs Milton found her youngest son dead in his bed.

Police launched an investigation after ‘clearly poisonous’ plant material was found in Cameron’s room and behind his bunk beds.

An examination of Cameron’s phone indicated he had deleted his search history.

Cameron’s ex-girlfriend gave a statement to police in which she referred to him having voiced intentions to kill himself.

In December 2021, three months before he died, ‘he had lost his family dog, one of the greatest loves of his life, and he had been unable to play rugby or go to sixth form’, she said.

Returning a conclusion of suicide, Assistant Coroner Kate Bisset said: ‘Cameron was obviously a very much-loved son, brother, grandson and friend and his loss is a tragedy beyond comprehension.

‘He had a kind and caring nature, a bubbly personality and was skilled in sportsmanship.

‘He was a sixth form student with high aspirations. Cameron was happy, positive and had a bright future.

After the inquest, Cameron’s dad Marcus said his son ‘had a smile that lit up a room’.

In a tribute posted on Facebook after Cameron’s death, his dad wrote: ‘Live every moment until your last. It is with great sadness that I announce the passing of my youngest son Cameron.

‘He is the light of our lives and will forever be that young cheeky kid we have known for the past 18 yrs.

‘He will forever be in our hearts and will never be forgotten. We ask that we are left alone at this time to grieve.

‘He may not be with us in body but he will always be here in spirit.