YUSUF casts his mind back to 1970, the year the world went wild for Cat Stevens.

With his deeply felt songs and smouldering good looks, he became the No1 poster boy for bedsit dreamers everywhere. 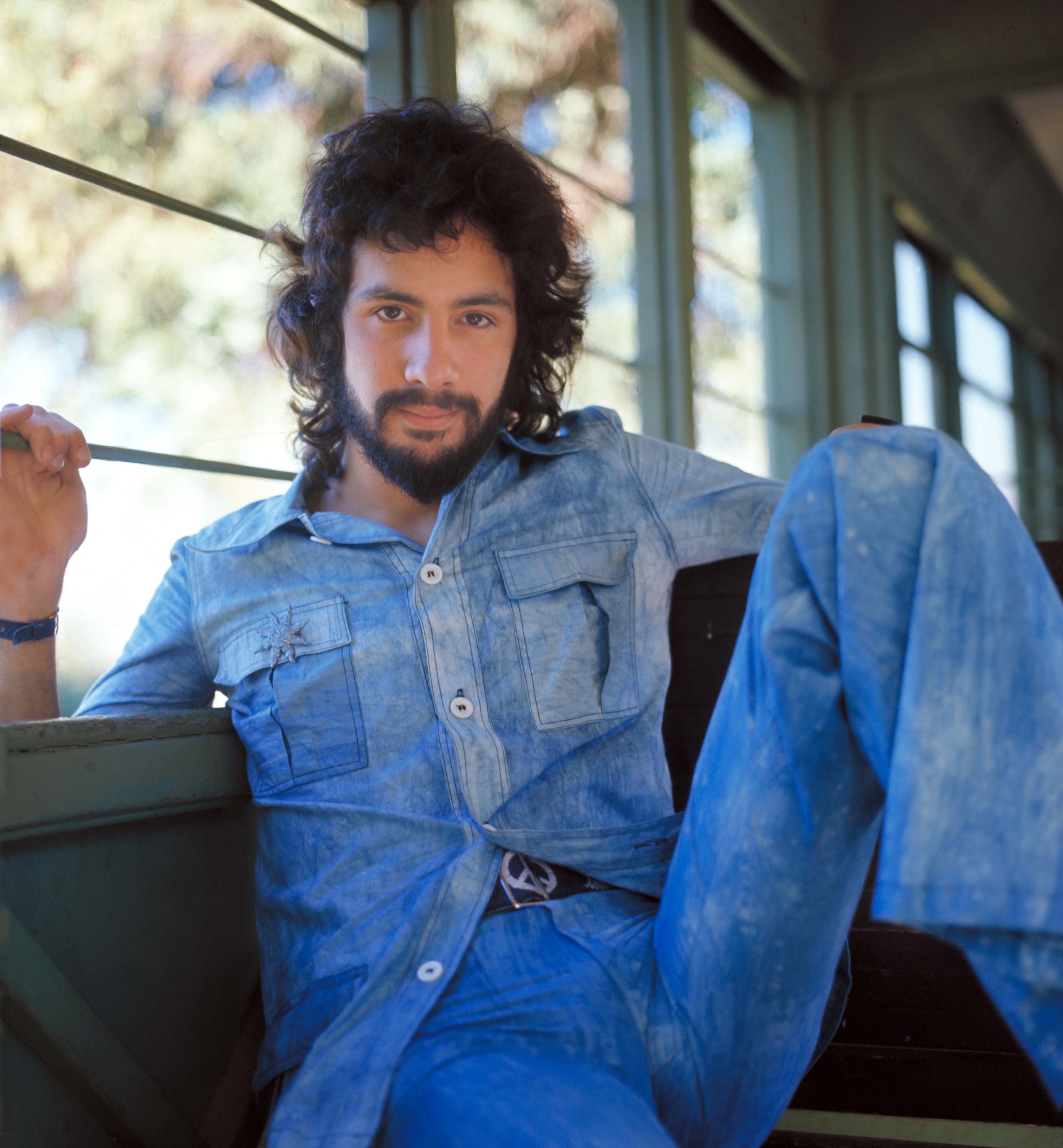 “I was a pretty skinny guy, too,” recalls the half-Greek Cypriot, half-Swedish Londoner. “If I turned to the side, I’d disappear.

“People were taken by my long curls, my beard and my black guitar. It was all very romantic.”

This was the year Cat Stevens, who turned 22 that July, fought back from a life-threatening bout of tuberculosis with a new look, a new direction and a career-defining album, Tea For The Tillerman.

“The beard came about when I was in hospital. I just stopped shaving,” he continues.

Also during 1970, he first wowed America, including a gig in front of music industry insiders and fellow artists at legendary club The Troubadour in Los Angeles.

In the crowd that night was another Brit on the brink of the big time, Elton John, who likewise credits his first show there as a breakthrough moment. 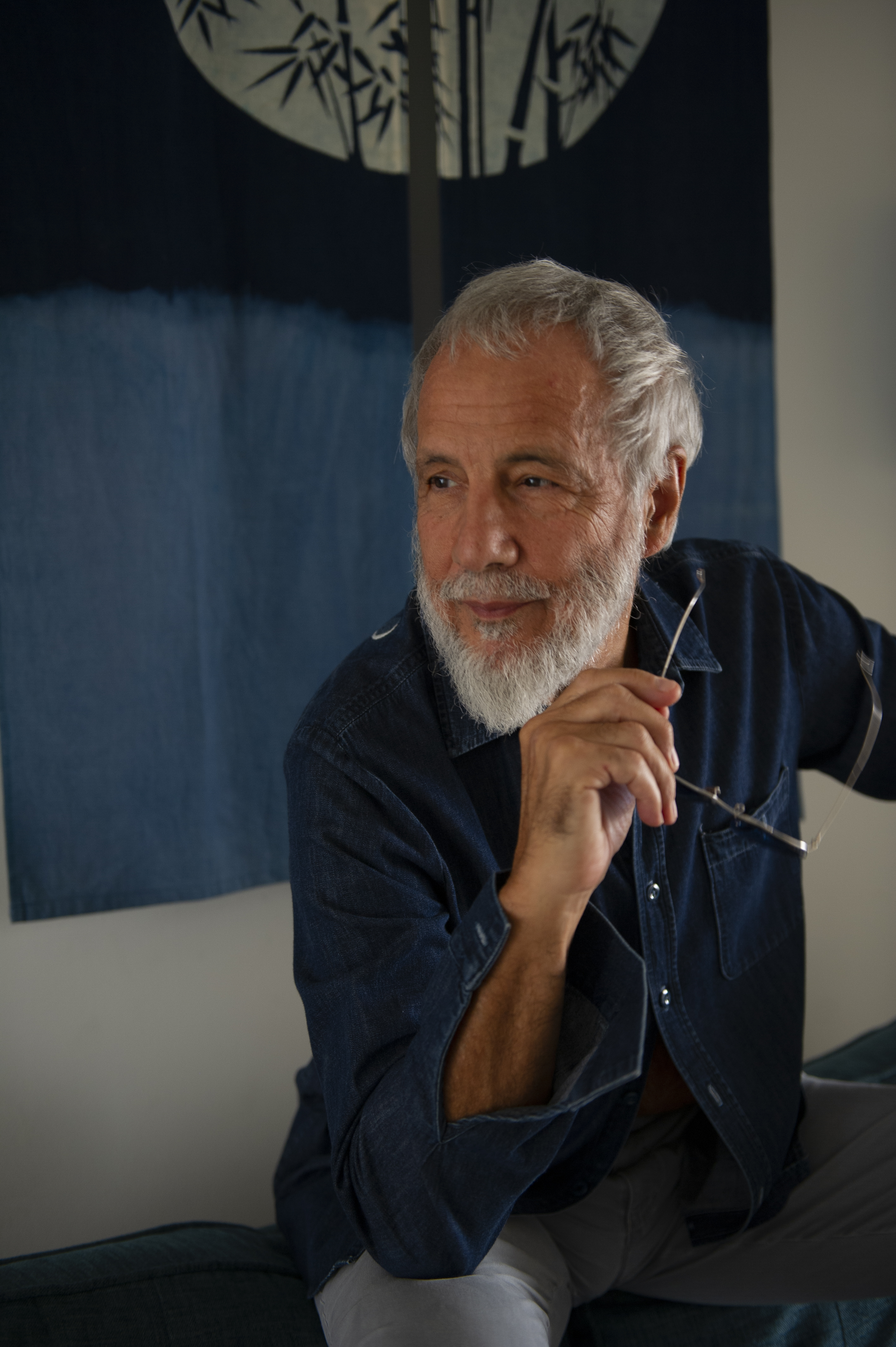 Yusuf, 72, says: “It was all pretty scary playing the US at the beginning. You had to present yourself at your absolute best.

“But I was going through a very honest phase of my creativity and people enjoyed watching me being me. They’d never seen anyone like it before.

“I mean Elton was on the piano and I was on the guitar. We were a new generation of British songwriters and I was the one who didn’t wear so much jewellery.”

Fifty years on, Yusuf has “reimagined” his enduring album, calling it Tea For The Tillerman², exploring songs like Father And Son and Wild World in different ways and discovering new meanings.

It’s an exquisitely realised set which resonates with today’s troubled world, notably divisions in society and climate change against a backdrop of the Covid-19 pandemic, and the artist’s ongoing spiritual journey.

Yusuf adds: “With all these threats ramping up, the songs seem so incredibly relevant and meaningful.

‘THINGS WILL WORK OUT’

“There’s a strangeness about songwriting. It comes from an instinctive zone that’s often a few steps ahead of you. It’s a very mystical thing.”

But he remains an eternal optimist and says: “John Lennon once said, ‘Everything will be OK in the end and if it’s not OK, it’s not the end’. That’s beautiful. I do believe things will work out but we’re not there yet.

“I’ve never stopped trying to make things better but you can’t control other people with their own agendas.”

It was his son Yoriyos who came up with the idea of Tea For The Tillerman², including using an old Cat Stevens recording from The Troubadour on the new version of Father And Son.

Thanks to the wonders of modern technology, Yusuf in the role of worldly wise father duets with his emotional free-spirited younger self as the son.

“Yoriyos has some great ideas and I love going with them,” he says.  “I think all my children are proud of their dad. They want to see some recognition — which is probably due! 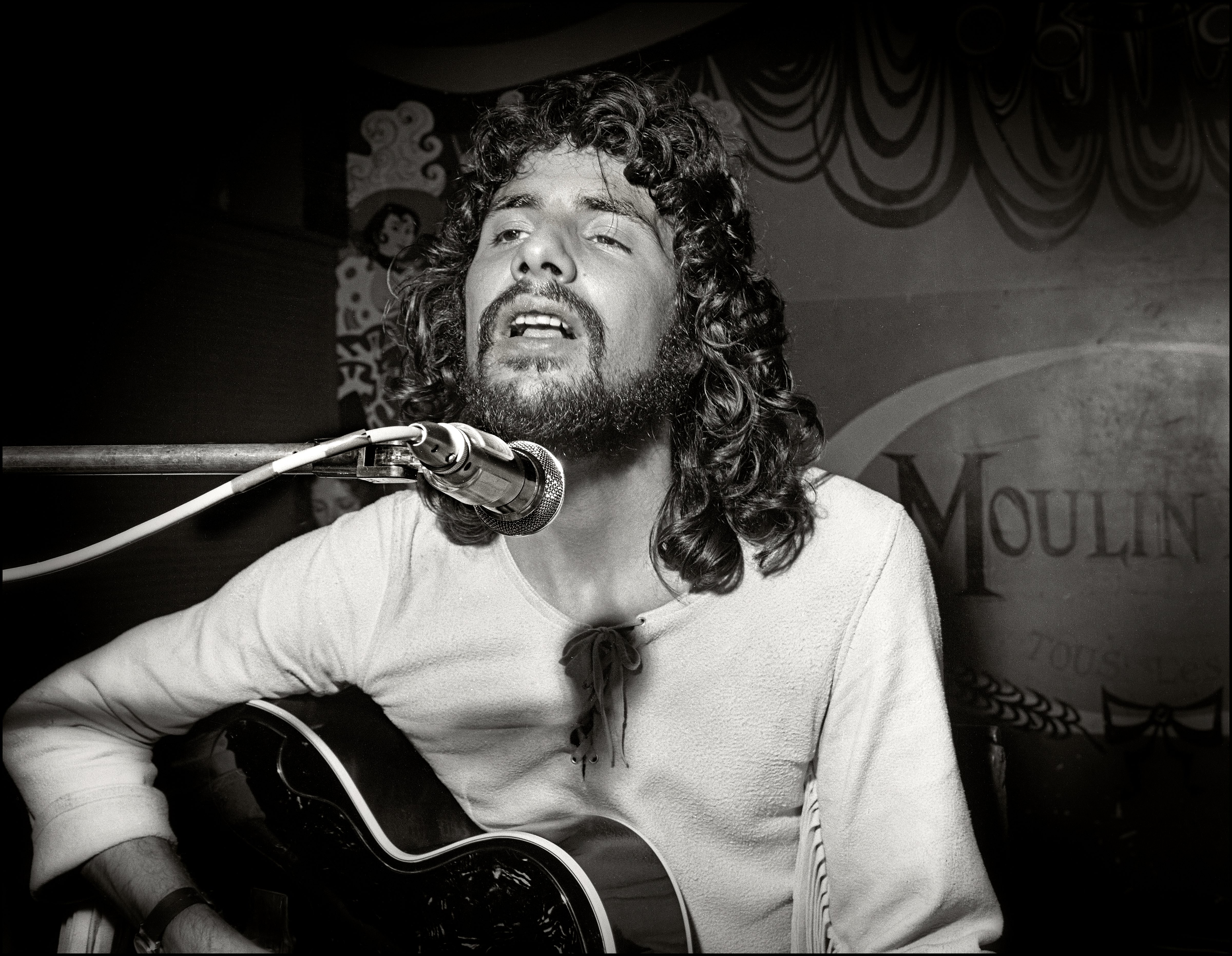 “On Father And Son, I put more passion into the son’s part. That’s natural because we don’t really grow old inside.

“The great thing about the song is that it’s a very respectful discussion. It’s not aggressive but there are two sides.”

He says he’s happy to celebrate Tillerman’s 50th  birthday this way “because I like a challenge and because it is such an iconic album.

“It grew so enormously that it intimidated me and I like to feel the ground under my feet.

“I wanted to make it real again for myself and do it from my position and perspective today.

“I do think it is very good, frighteningly so, still one of the most classic albums of the Seventies — it’s archetypal.”

At this point, a recap is needed on the singular path of musician, peace campaigner and philanthropist Yusuf/Cat Stevens.

Broadly, there are four distinct periods: His brief Sixties pop career, his re-emergence as folk-rock superstar, then what he jokingly calls his lengthy “vacation” from music after converting to Islam and becoming Yusuf in the late Seventies, and finally his fulfilling return to recording and playing live in 2006.

He demonstrated genuine talent as a songwriter, with Matthew And Son, Here Comes My Baby and The First Cut Is The Deepest among his early efforts.

Then, in 1969, he contracted tuberculosis and that changed everything.

“My spell in hospital was fairly brief but I was forced to convalesce,” Yusuf tells me. 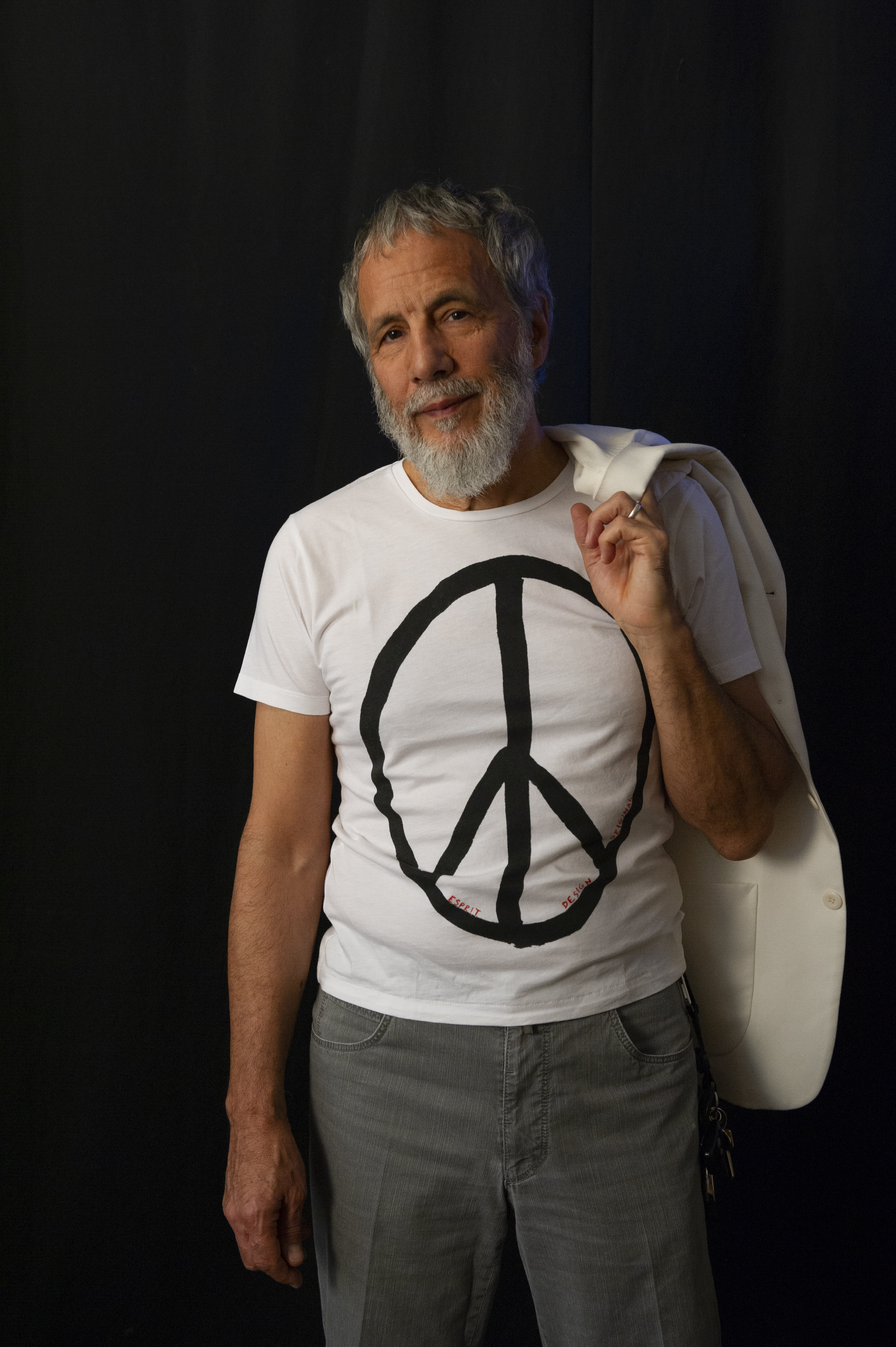 “I couldn’t do much work for about a year and had to take these terribly large, horse-sized antibiotic tablets.

“So while all that was going on, I started reading metaphysical books and looking into myself quite deeply.”

He began writing songs that “came from an incredibly powerful urge to find meaning in my life and to go in a new direction.

“I was a bit lost and obviously I’d got burnt out very quickly in my first career, so this was my moment to grab hold of the wheel and take control.”

All these years later, he regards his enforced time out as “a gift”.

“If more people were able to stop and think, they might change the direction of their lives completely,” he says. 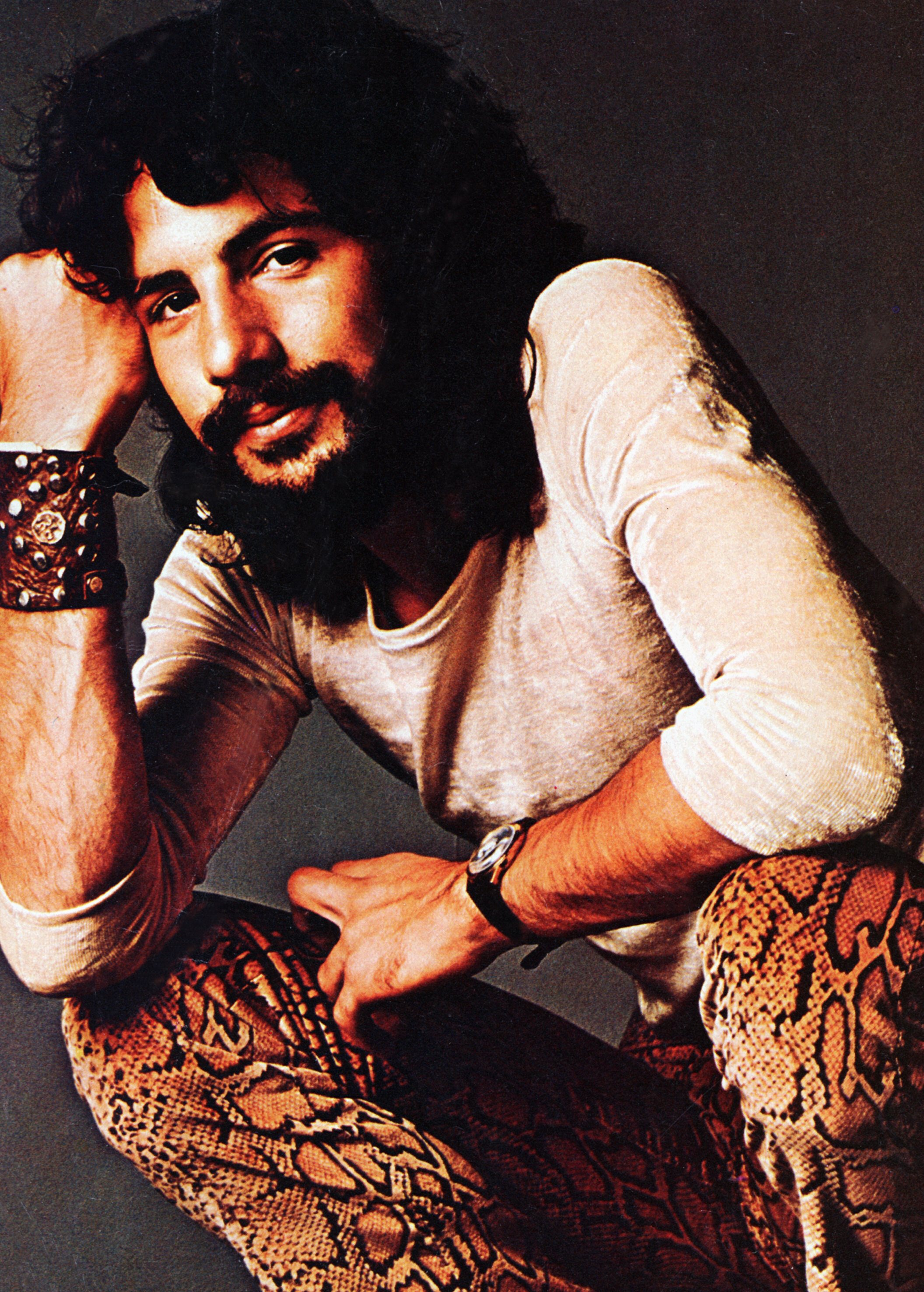 “But many can’t because they’re trying to keep afloat. They’ve got to feed themselves and keep being part of the machine. I was handed a big chance.”

At this pivotal moment, he met ex-Yardbirds bassist-turned-producer Paul Samwell-Smith. “It was idyllic because he was into minimalism and liked to listen to me sitting on the floor with a guitar,” says Yusuf.

All these years later, Samwell-Smith and original guitarist Alun Davies have worked on Tillerman² with him.

“They’re such great friends and now we don’t even have to talk, we just go there.

“Alun’s a beautiful man. I’ve always loved him and what he contributed to my sound. Paul just has that amazing pilot’s-height view so he guides me to the right landing.

“When I first started reading the Qur’an and going away for prayer, they were so respectful. I loved that.”

I ask Yusuf about his path to finding God and what was going on inside the mind of the young Cat Stevens to produce such remarkable songs.

“It’s quite easy to decipher because of the lyrics,” he replies. “I wasn’t confused, just incredibly inquisitive. Curiosity killed the cat, right?

“I was so, so thirsty to learn things and to progress. My spiritual research went along with my musical progression. You can hear the evolution of my journey very clearly on Tea For The Tillerman.”

He admits that his search could be a struggle. “Like the record, it was going round and round in circles. I wasn’t quite getting there.

“I needed a divine intervention, which eventually happened along the way.” 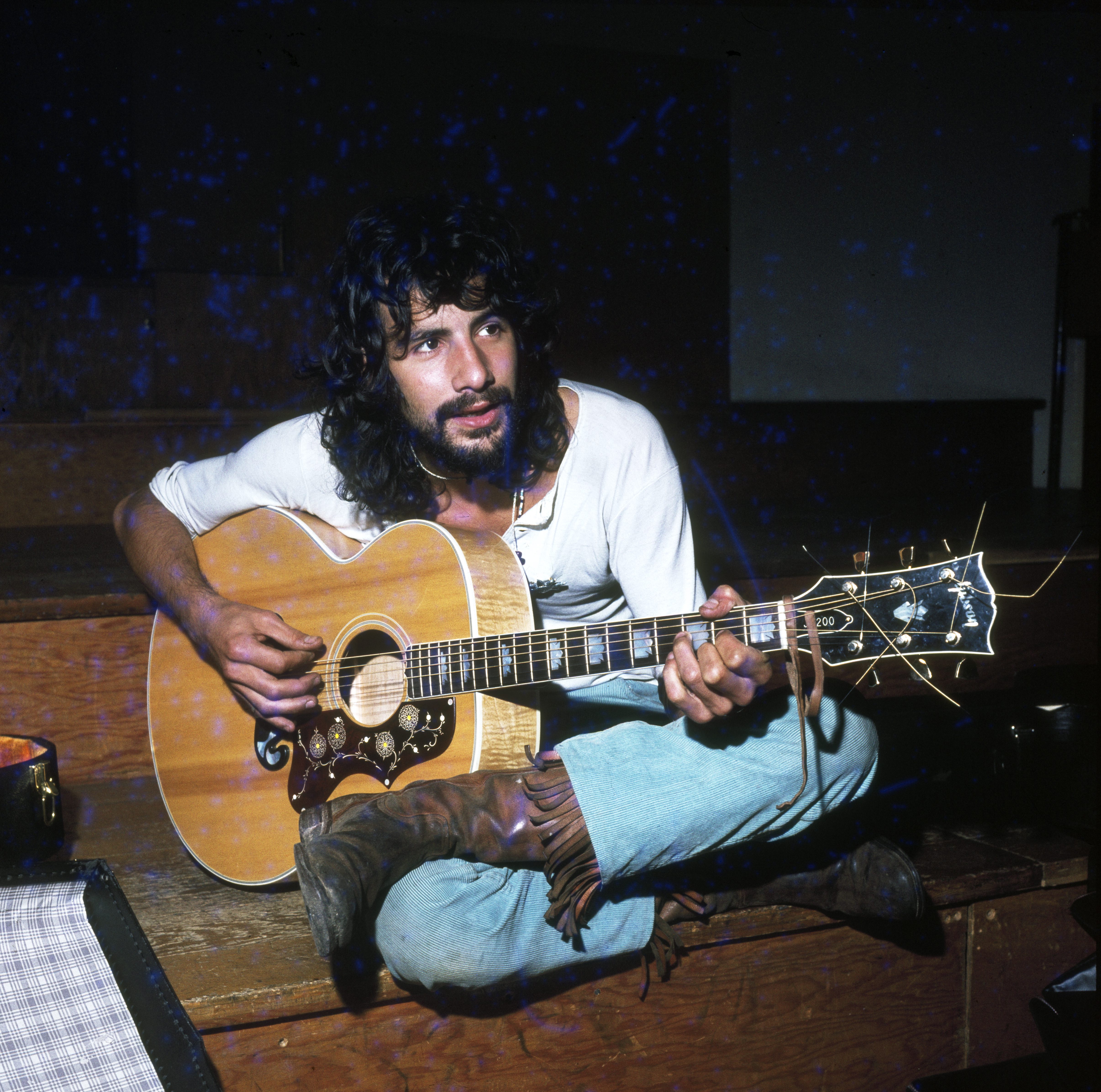 The Tillerman song which best sums up these feelings is On The Road To Find Out, recast on the new album as groove-laden desert rock.

Yusuf says: “The song talks of ‘a good book’. At the time, the book for me was written by a Buddhist and it really opened my mind. Then my good book became the Qur’an.

“Once you start reading and expanding your knowledge, where are you going to go? That’s another lyric, ‘Where I’ll end up, well I think only God really knows’,” he says, quoting The Wind, opening song on Tillerman’s stellar follow-up, 1971’s Teaser & The Firecat.

He remembers Timothy Leary’s books extolling the use of LSD being popular but says: “I was never sold on drugs. I had already experienced what it was like to be sick and I didn’t want to go there again.”

One of several songs to undergo a significant lyric revision for Tillerman² is Hard Headed Woman.

Instead of “LOOKING” for the love of his life, he sings emphatically: “I’ve FOUND my hard headed woman,” which, of course, refers to his dear wife of 41 years, Fauzia Ali. 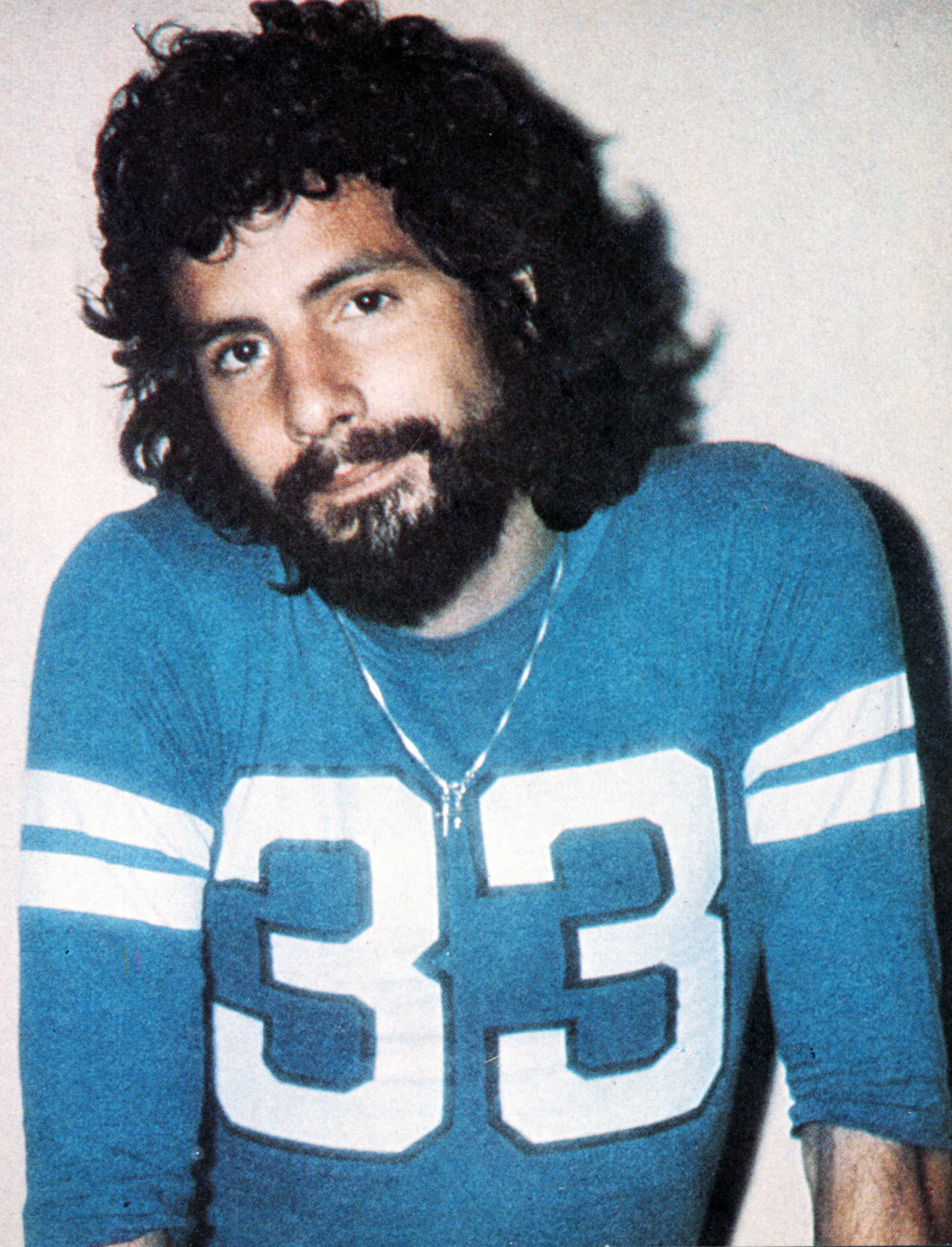 Does she mind being called hard-headed? I venture.

“No, she’s quite happy that she has a song dedicated to her on one of my most popular albums,” he laughs.

Tillerman’s opening song Where Do The Children Play? could have been written in 2020 about man’s destruction of the planet with telling lines such as: “Well you roll on roads over fresh green grass/For your lorry loads pumping petrol gas.”

Yusuf provides a fascinating insight: “Because I grew up in the heart of the West End, everything was concrete as far as the eye could see.

“There was no way I could get to a green place and run in nature without taking a bus or walking a long way. 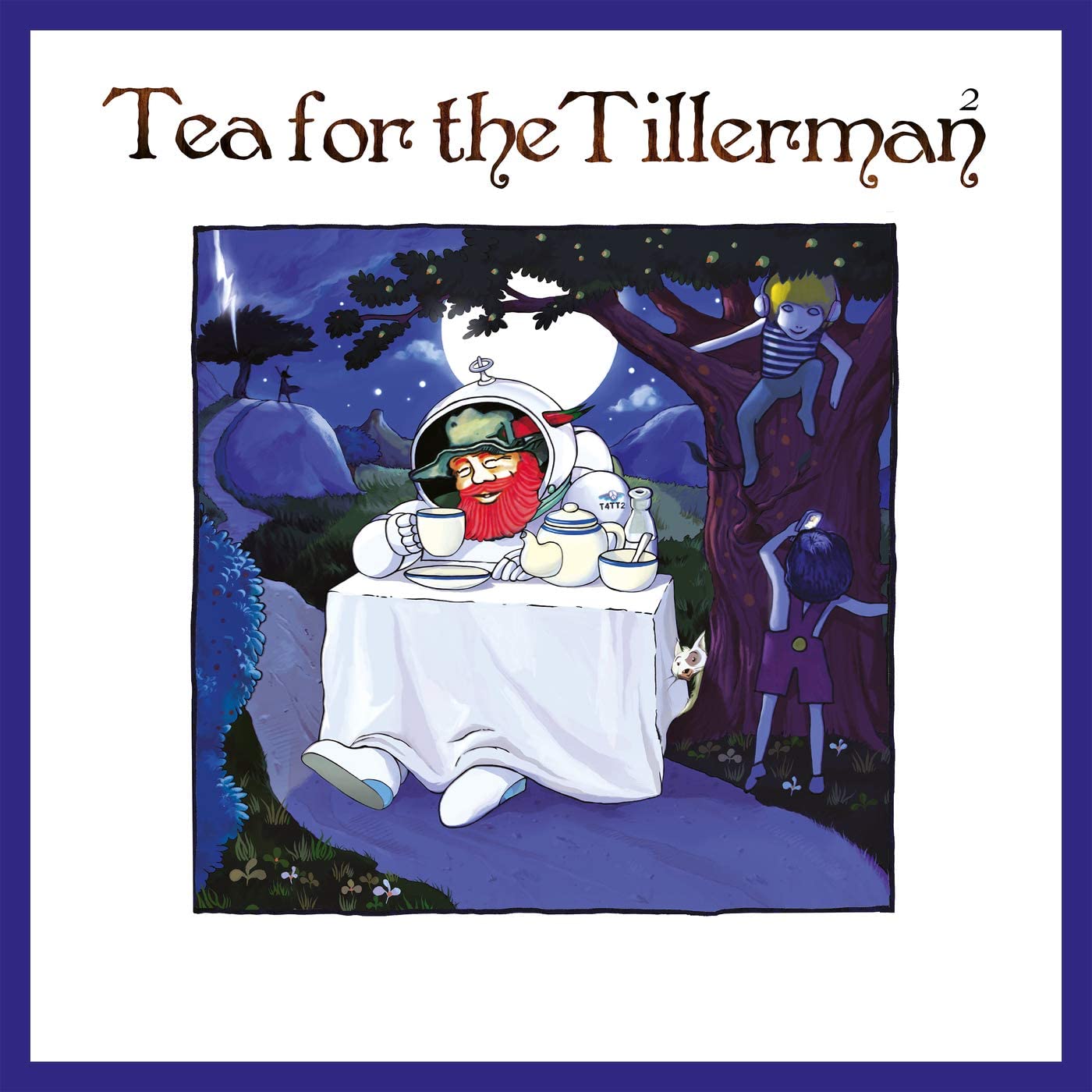 “When they talk about this coronavirus or that Bill Gates is working on chips they’ll be able to plug us into, it becomes quite frightening.”

Two songs, But I Might Die Tonight and Longer Boats, prompt reflections from Yusuf on his parents.

The former could be about pressure to join the family business, in his case dad’s Shaftesbury Avenue restaurant The Moulin Rouge, rather than fulfilling his potential.

Yusuf says: “That would have been the logical way if I was a traditional boy from Cyprus.

“But my dad was an explorer, too. He went from Cyprus to Egypt then America in the 1920s, can you imagine?

“Then he made his way back through Europe to London. I think I picked up my adventurous spirit from him.”

As for Longer Boats, which he has just turned into “a James Brown funk party thing”, Yusuf explains: “It evokes the Vikings. The shores of Britain were invaded by my ancestors, you know, because my mother was Swedish.”

Written as man first set foot on the moon, he fused thoughts of ancient Nordic marauders with the possibilities of space exploration.

“I was thinking we might find aliens,” he says. “And that we’re being observed.”

For the new version, he reinstated an unused verse from his Troubadour performance about extraterrestrials “looking down” from the void.He also realised that a couple of lines from the original album track needed to go.

“They’re off the edge,” he says. “‘Mary dropped her pants by the sand and let a parson come and take her hand’. Woah, I didn’t want to sing that any more!”

As our time is nearly up, I ask Yusuf if he regrets anything about his life less ordinary. For instance, not many musicians take a 25-year break.

“I wouldn’t change anything,” he replies. “I mean there are moments of ‘Why did I say that? Why did I do that?’ but overall, my God!

“I look at my grandchildren now in their school uniforms and I’m thinking, ‘You know what, I wouldn’t want to go back there’. You have to progress; you must keep your face forward.”

It’s a wild world out there and we need the soul-searching music of Yusuf/Cat Stevens now more than ever.