Scotland’s First Minister Nicola Sturgeon joined Good Morning Britain presenters Susanna Reid and Adil Ray on Tuesday morning to discuss her plans for next year’s referendum. Whilst speaking to Sturgeon, Reid questioned the reasoning behind the decision and questioned whether it was “worth the time” after official government polls revealed many Scottish residents were not in favour of the referendum.

Reid began discussing the recent polls published by YouGov, which saw 45 per cent of Scottish residents saying they would vote for independence against 55 per cent who would vote against it.

These results are the same as the 2014 referendum result, which Reid touched on: “You did have a democratic vote back in 2014, and there was a resounding no to independence.

“Once again, to point you to YouGov, their latest polling shows that support for remaining in the UK has tended to be above support for leaving.

“So a referendum is an opinion poll, and it does show you would lose again, is it worth the time, money, effort and the distraction?” 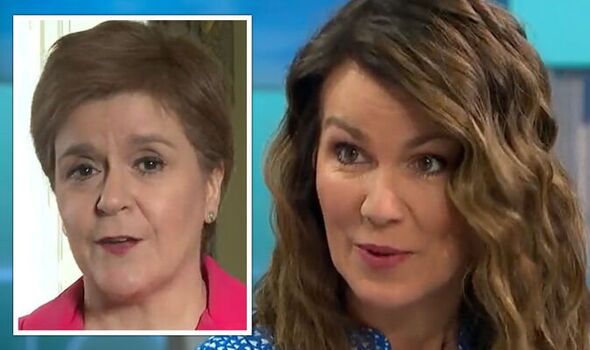 Sturgeon clapped back: “It is not a distraction, the debate about independence is integrally connected to how Scotland equips itself to tackle these crises.

“Take the cost of living, that has been exacerbated for all of the UK, but I am talking about Scotland right now because we are out of the European Union.

“Scotland didn’t vote for that, the key root causes of the cost of living crisis is the energy market, the energy court is all out of the hands of the Scottish parliament.

“The many of the leavers to lift people out of poverty to help people with the day-to-day cost of living is reserved to Westminster, so the powers of independence are about how we better equip ourselves to fulfil our potential at home.

“But also play a bigger part with colleague countries across the world and building a better world.”