Call the Midwife: Rhoda goes to see Dr Turner in 2017

Hit BBC series Call The Midwife is set to air in series 12 in the coming months and will see Helen George return after having time off to have a baby. The new series will also see the return of real babies being used in scenes after the coronavirus pandemic meant the cast and crew had to use fake babies. Executive producer Pippa Harris recently opened up about working with newborn babies and the challenges that they face.

When it comes to casting babies, the team aren’t short of volunteers and often has people asking to have their baby in the series.

However, despite the willingness of new mothers to have their babies on set now, Pippa opened up about the challenges they faced in the early days.

Speaking at the BFI and Radio Times Television Festival, she explained: “In the very early series, we didn’t take them off the wards.

“But it did include some persuasion because you know nobody knew who we were, we put out flyers, with no response then we had an agency to go looking. 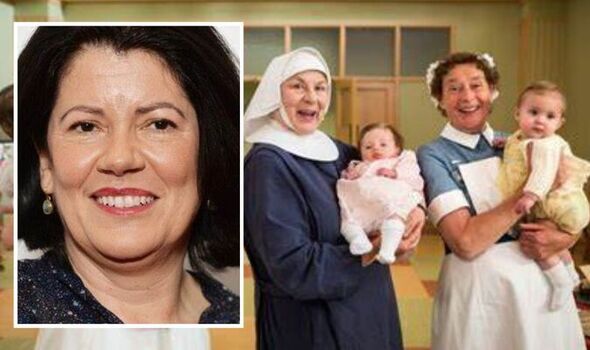 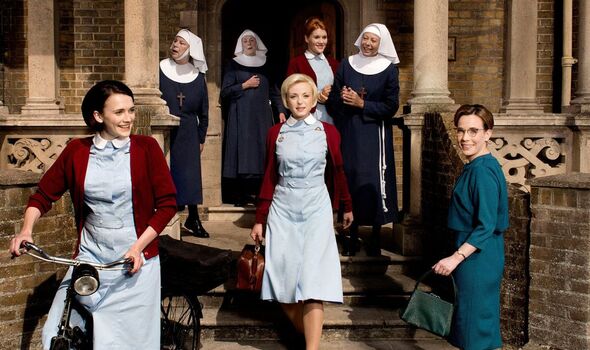 “Then once the show took off, we got inundated with requests. We get them as small as possible and we often go for twins because they tend to be small.

“Then you can film with both of them, you are very limited when filming with babies, but with twins, you can swap them out.”

The series often tackles the most shocking experiences a mother can go through when in her pregnancy after the birth.

Writer Heidi Thomas has tackled tough subjects such as the Thalidomide scandal, infertility and illegal abortion. 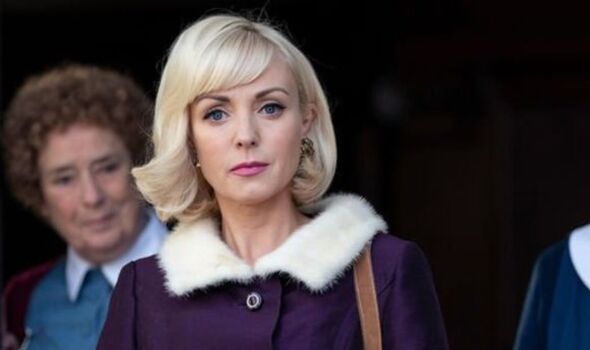 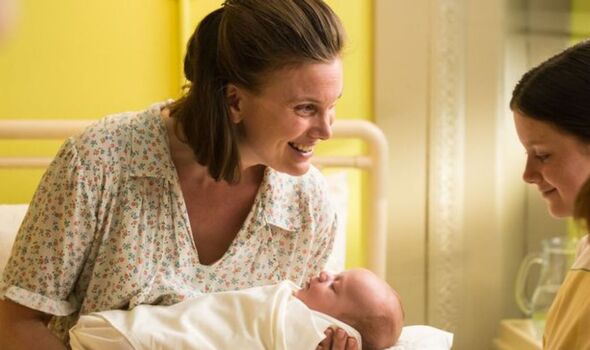 Touching on why she decided to make the illegal abortion story as big as it was, Heidi explained: “Well, a well-told period drama will shine a light on the way we live today.

“There are always connections between the experiences people have at different points in history.

“And what has surprised us over the years is how often that happens, it does feel topical and I find it shocking.”

She continued at the BFI event: “We always strive for factual accuracy and one thing we were very aware of was when the campaign to legalise abortion was not opposed by the Church of England.

“Sometimes people presume our sisters are catholic which they are not, but even at that point the pro-life movement hadn’t gained very much traction or currency because abortion had always been a secret activity.

“It was only when it became legal that people started to fight for the right to promote the opposite, in future episodes, if abortion comes up again we will have to make sure somebody gives voice to that view.”

Fans were delighted when seasons 12 and 13 were announced, but the BBC also revealed that the series has been commissioned for another two Christmas specials.

The following series will take viewers up to 1969 or even the 1970s when it comes to the show’s timeline.G

Piers Wenger, Director of BBC Drama, said: “The enduring popularity of Call the Midwife is a testament to the extraordinary love and creativity from its creator Heidi Thomas and its producers Pippa Harris and Ann Tricklebank.

“We are delighted to have secured the future of Call the Midwife for two further series beyond those which are currently in production, and look forward to enjoying more adventures for the inhabitants of Nonnatus House for years to come.”

Heidi told Radio Times: “It’s an incredible privilege to be able to look back on a decade of Call the Midwife, and yet know that our journey is still very far from over. We are thrilled to be going on for a few more years!

“Like Nonnatus House itself, we have a proud past but an even more exciting future – full of old favourites, fresh faces, higher hemlines, new ideas. The stories we tell are like babies – they never stop coming, we love them all, and we vow to do our best by every single one.”

Call the Midwife series 1-11 is available to watch on BBC iPlayer.