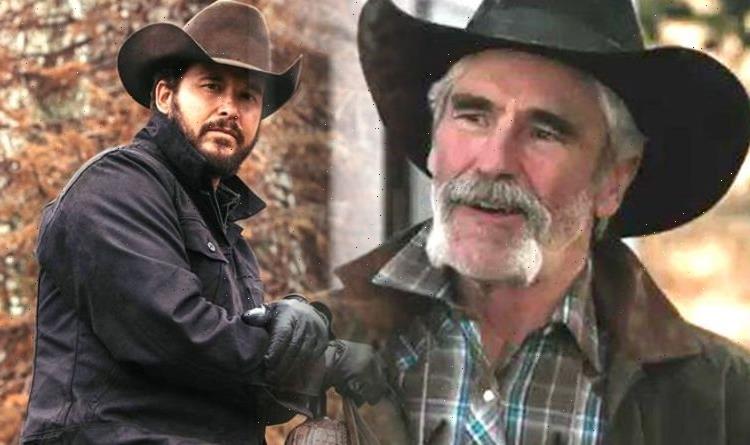 Yellowstone season four will air on The Paramount Network on November 7 and it will be more action-packed than ever. The trailer alone reveals plenty of dark twists and turns as the Dutton ranch continues to face new threats. One scene from the trailer has left fans in uproar as they believe one of the beloved characters will face Rip’s (played by Cole Hauser) wrath.

Yellowstone season four is on the way and it will follow immediately from the aftermath of the explosive season three finale.

Many of the characters’ fates were left hanging in the balance, including John Dutton (Kevin Costner) and his daughter Beth (Kelly Reilly).

Another ranch hand who was left fighting for his life was Jimmy Hurdstrom (Jefferson White), who was thrown off a horse.

The rodeo-lover had been warned by others not to get back on a horse following a previous accident.

But Jimmy chose his passion for rodeo over those he cared about, and it ended badly for him.

In the trailer for season four, one of the ranch hands is seen getting punched in the face during an attack.

At first, it is not clear who is being hit, but eagle-eyed fans believe it is Lloyd (Forrie J.Smith) and they expressed their concern.

Commenting on Smith’s Instagram post, one viewer said: “I saw this too and remember Rip told Lloyd he didn’t want Jimmy killed doing rodeo…maybe that’s why.”

Another said: “If you pause it, it looks like Rip is the one punching him.”

A third added: “Whoever thought they could put hands on Lloyd, we’re gonna have problems.”

Lloyd is a veteran ranch hand and he was branded by the Duttons a long time ago.

This means he accepted a second chance in life by taking a job offered to him by John Dutton.

Lloyd and Jimmy have a strong connection in the series, with some fans going as far as to say they believe the pair are father and son.

The older ranch hand has definitely acted as a father figure to Jimmy, taking him under his wing when he first arrived.

Fans will be interested to find out what trouble Lloyd has found himself in at the start of the new season.

While some fans believe Rip could be punishing him for what happened to Jimmy, others believe it is not Rip at all.

One fan said they believed the attacker was Jamie Dutton (Wes Bentley) after they paused the trailer.

Smith shared the season four trailer on Instagram, with the message: “As always, thank you for your continued support and we look forward to sharing more YSS4 social assets with you soon!”

Viewers did not take lightly to seeing his character hurt, with one commenting: “I saw Lloyd get punched I think,” along with a shocked emoji.

Another fan suggested it was Walker (Ryan Bingham) who punched Lloyd, but only time will tell.

Followers of the series will already know Rip will take centre stage at some point in the new season.

The stars of the show teased it would mark the start of the “wrath of Rip”, as he looks to avenge his family.

If anyone does anything to put the Duttons or other ranch hands at risk, Rip will indeed make them pay.

This could mean Rip is the one to target Lloyd as his journey to seek vengeance begins.

Yellowstone season 4 will air on The Paramount Network on November 7.