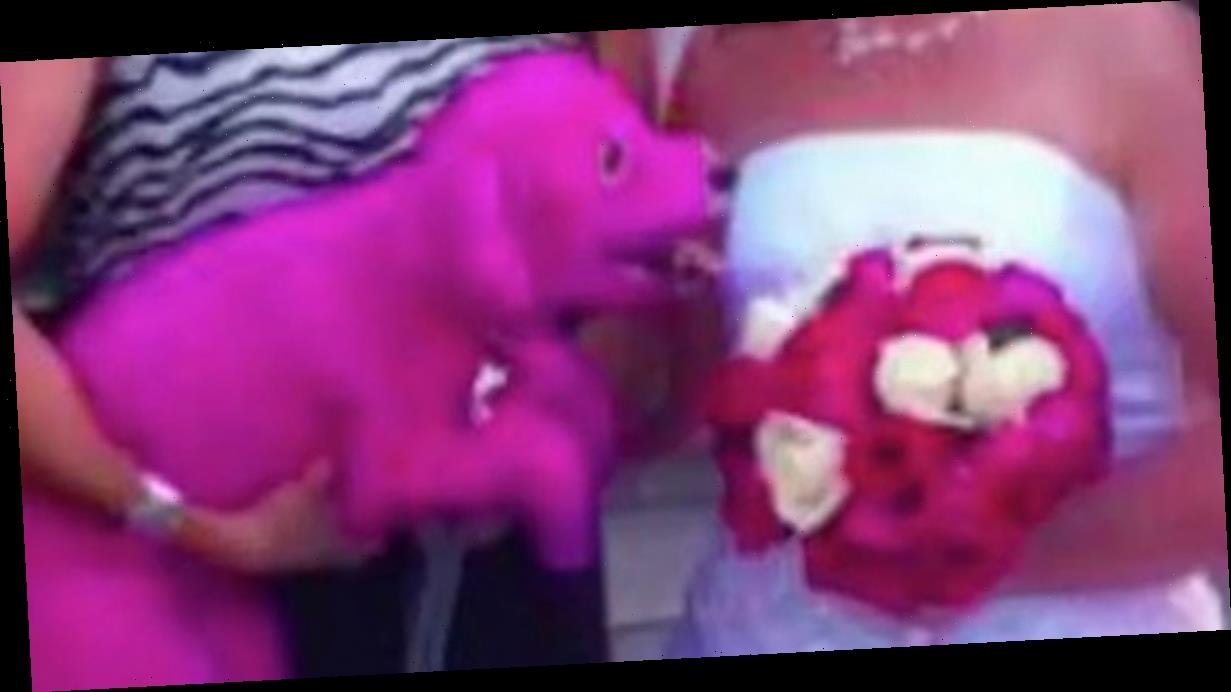 A woman has defended dyeing her dog’s fur bright pink on ITV’sThis Morning, telling Holly Willoughby and Phillip Schofield the colouring "brings her out of her shell".

Nicole, who lives in Ontario, Canada with her rescue pooch Stella and runs a dog grooming salon, once dyed her fur all over in a vivid shade of magenta-pink – with just a tiny bit around her eyes spared.

In the eye-popping photo, shared on today's show (January 20) the pink dog is held next to a bride in a wedding dress and veil.

Claiming the dye avoids the sensitive eye area, Nicole adds: "The hair dye varies depending on the dog.

"So for Stella, because she loves it, she is super, super still.

"In the picture, you can tell there is a tiny bit of white left around the eye where we didn’t go quite close."

"She’s so still, it was super safe for her," she adds. "We wouldn’t do it on a client’s dog because we can’t trust they’d sit still for it."

Nicole said Stella was already dyed when she first rescued her, but "moped" when her funky hair grew out.

She decided to dye the dog’s fur again and claimed she always enjoys the process.

Nicole said: "We shaved it off and it grew out and she just laid in her bed and moped.

"We decided to dye her again.

"She was just so happy and ran around the salon.

"I think because she gets a lot of attention when she's coloured. It really brings her out of her shell."

Viewers at home were divided, with some blasting the dye job as "cruel" and others saying it's completely harmless.

One fumed: "Absolutely disgusting! And to dye the poor dog pink to use as an accessory at a wedding is beyond wrong! It is cruel!

"If it's attention the dog needs give it more attention, it doesn’t need to be dyed to come out of its shell!"

"The dog looked sad, too close to the eye, unnecessary…. but got her on TV," commented a second person.

Supporting the dog groomer, another person weighed-in: "The colours are dog friendly though and dogs have been done like that for show purposes for years."

This comes after Holly Willoughby was left wincing when a woman described how she got an intimate area decorated with a tattoo.