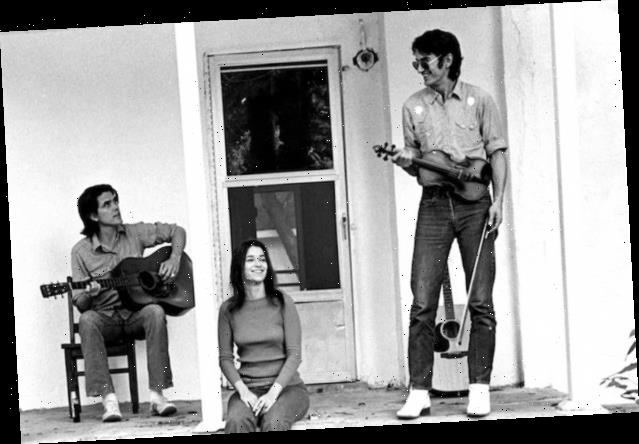 SXSW Film Festival: Music documentary explains and teases, celebrates and mourns in a way that should enlighten those who aren’t fans and satisfy those who are 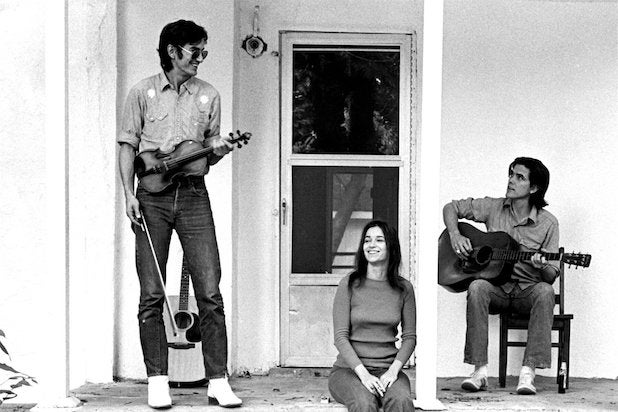 This year’s South by Southwest Film Festival has showcased several documentaries about successful musicians, including Tom Petty, Charli XCX and Sparks. But you could argue that they haven’t had one about a better songwriter than “Without Getting Killed or Caught,” Tamara Saviano and Paul Whitfield’s affectionate and lyrical film about Texas-born songwriter Guy Clark, which finally premiered at SXSW last week, a year after being booked for the canceled 2020 edition of the festival.

A plainspoken poet whose first album, 1975’s “Old No. 1,” contained more classic songs than most people can muster in an entire career (“L.A. Freeway,” “Desperados Waiting for a Train,” “Let Him Roll” …), Clark racked up hits for people like Jerry Jeff Walker, Ricky Skaggs, Vince Gill and the Highwaymen, but rarely showed up on the charts himself until they started measuring the Americana genre, which he pretty much epitomized. He was a songwriters’ songwriter, the mentor to many and the focal point of a Nashville community of talented renegades that coalesced around himself and his wife, Susanna – and while he appeared in the 1981 documentary “Heartworn Highways,” it’s certainly appropriate to take a fuller look at the career of a man who died in 2016 at the age of 74.

But is “Without Getting Killed or Caught” really a movie about Guy Clark? Or is it about him and Susanna, a compelling songwriter in her own right and a muse not only to Guy but to such seminal songwriters as Townes Van Zandt and Rodney Crowell? Or is it about Guy and Susanna and Townes, an inseparable trio with intricate ties that take most of the movie to untangle? Or it is about the entire creative community that coalesced around Guy and Susanna and Townes?

The answer is yes, it is. It’s all of those things, bobbing and weaving and slipping from one to another, floating between people who don’t like to be pinned down or summed up. It explains and it teases, and it celebrates and mourns in a way that should enlighten those who aren’t fans and satisfy those who are.

Whitfield and Saviano, who wrote a 2016 book about Clark with the same title, use an array of techniques in the film, some of which help tell the story and some of which keep us off balance. While Guy sat for both video and audio interviews, Susanna is heard largely through passages from her diaries, which are read by Sissy Spacek in voiceover and make some parts of the film play like the Susanna Clark story.

The first-person segments are augmented with illustrations and paintings, including those by both Guy and Susanna, as well as old photos and videos, occasional animated sequences and memories from friends like Rodney Crowell, Vince Gill and Steve Earle.

The film is deliberately elusive — it’ll stick with Guy for a while, then veer off to focus on Susanna and Townes. It’ll feel linear for a while, and then suddenly shift back to Clark’s childhood. It’ll explain some details and only hint at others.

But that works with a story that felt mythic even as it was unfolding. Clark grew up in Texas, married early and had a child, but ended up in San Francisco trying to write songs, then back in Texas, then Los Angeles, then Nashville … He bonded with Susanna, who calls herself “an Okie debutante,” after the suicide of her sister, and became best friends with the self-destructive but ferociously gifted Texas songwriter Townes Van Zandt, whose own truckload of classics includes “Pancho and Lefty” and “If I Needed You.”

“Guy and I were married,” says Susanna (via Sissy Spacek) early in the film. “Guy and Townes were best friends. But Townes and I were soulmates.”

Stories abound, and if you’re familiar with the work you’ll hear the roots of Clark’s songs in those stories – and as the stories are being told, you’ll also hear hints of the music, with long stretches of the film scored to the guitar parts to songs like “L.A. Freeway,” “She Ain’t Goin’ Nowhere,” “Let Him Roll” or “The Randall Knife.” But the songs themselves are often withheld at first; the movie will tease us, then deliver a live version that’s necessarily truncated.

In the early going, a lot of time is spent asking the question, “Why didn’t Guy become a bigger star?” But there was a reason why his songs were hits for other people: His own voice just wasn’t very strong on his early records and often wasn’t suited to the production. (If you want to hear Guy do justice to his songs, it’s best to go to later live versions.)

His career picked up after he began making folkier, more independent records in the 1980s, and after the record industry became more accommodating for what would come to be known as Americana music – but that also coincided with Guy and Susanna splitting, and with Townes’ drinking and drugging making it increasingly difficult for him to perform. (It’s a shame that we see him on stage at his worst but seldom get to experience the brilliance he was capable of.)

And then, as Clark was experiencing his greatest recognition as a truly great songwriter, tragedy consumed those around him. Clark gives up playing with Van Zandt because he becomes too unreliable and self-destructive; “Townes wants to die,” Susanna says in her diary. Van Zandt does die, in January 1997, of heart problems brought on by substance abuse. And then Susanna essentially gave up as well.

“Susanna surrendered something that night,” Crowell says. “She wanted to die slowly, and she did. And Guy suffered horribly.” Susanna didn’t die until 2013 – but at that point, Crowell says, she’d essentially spent the last 15 years in her bed.

The final stretches of “Without Getting Killed or Caught,” even as Clark finally receives his due as a great artist, are haunted by the personal wreckage around him. In some days, the film becomes a lament for Susanna and for Townes, and in doing so it finds a sad kind of poetry.

It also circles back to Guy, who soldiered on, continued to record even after his own cancer diagnosis, and even won his first Grammy in 2014, for his final album. It was called “My Favorite Picture of You,” and on the cover was a photo of Guy, out of focus, holding out an old photo of Susanna.

“It’s true it was a mythical love story,” Clark says late in the film. “I wouldn’t disabuse anyone of that. It’s just, you have to be there to get it.”

“Without Getting Killed or Caught” can’t completely put you there, but it comes close and does justice to a complex and compelling group of people. It takes that mythical story and gives it a human touch.

“Without Getting Killed or Caught” premiered at South by Southwest. It is holding virtual screenings throughout April, with ticket information available here.