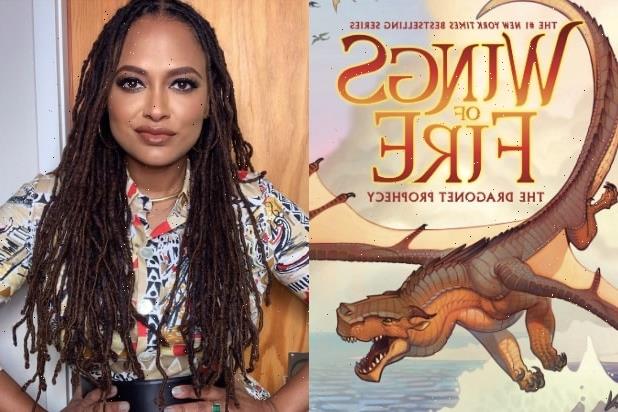 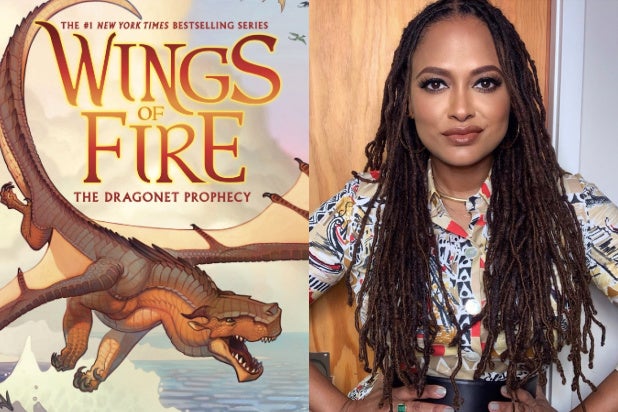 Ava DuVernay is getting into animation with “Wings of Fire,” a Netflix animated event series based on the best-selling children’s book series by Tui T. Sutherland, the streaming service said Tuesday.

Here’s the synopsis for the “Wings of Fire” TV series, which will consist of ten 40-minute episodes:

“A bitter war has raged for generations between the dragon tribes who inhabit the epic world of Pyrrhia. According to prophecy, five young dragons will rise to end the bloodshed and bring peace back to the land. Raised and trained in secret from the time they were hatched, the Dragonets of destiny – Clay, Tsunami, Glory, Starflight, and Sunny – embark on an evolving quest that will bring them face to face with their true selves and the overwhelming scope of this savage war they are destined to bring to an end.”

Dan Milano (“Glitch Techs”) and Christa Starr (“Mystery Science Theater 3000”) are adapting Sutherland’s books for Netflix and will be showrunners on “Wings of Fire.”

Along with DuVernay, Milano, Starr, other executive producers include Justin Ridge, Sutherland, Sam Register and Sarah Bremner for ARRAY Filmworks.

“Wings of Fire” will be produced by Warner Bros. Animation, sister studio to Warner Bros TV., where DuVernay has an overall deal.

“Within this epic book series from the mind of Tui Sutherland is an elegant saga filled with wisdom and wonder, exploring ideas of belonging and bias, camaraderie and community,” DuVernay said in a satement. “On behalf of my colleagues Sarah Bremner and Paul Garnes of ARRAY Filmworks, we’re thrilled to partner with Netflix and Warner Bros. Animation for this dynamic adaptation where five young dragonets fulfill their destiny and show viewers how to fulfill their own.”

Melissa Cobb, vice president of original animation at Netflix, added: “We couldn’t be more proud that Ava has chosen Netflix as the home for her first animated series. An epic fantasy saga full of sweep and spectacle, ‘Wings of Fire’ promises to be a must-see event for the whole family.”

See below for a blog post from Sutherland regarding the project.

I’ve always loved dragons — from Beauty in Dragonsong to Kazul in Dealing with Dragons, from Falkor to Sisu, from Temeraire to Toothless.  I love that they can be funny and fierce, terrifying and loyal, all at the same time.

When I started writing my own dragon series, Wings of Fire, I knew a few important things.  I knew I wanted it to be a big epic fantasy with a sense of humor and kindhearted heroes.  I wanted to explore questions of fate vs. free will, different ways of handling power, nature and nurture, family and empathy and friendship.

And perhaps most of all, I wanted it to be a story told entirely from the dragons’ point of view.

In the world of Pyrrhia, dragons get to have all the adventures.  They get to be the ones who save the day, fall in love, fight the bad guys, and maybe fulfill a prophecy or two, if they feel like it. (There are humans in this world, but… they mostly just get eaten a lot.)

And now I am so excited to invite you into the Wings of Fire world in a whole new way: as a TV show on Netflix!  “Will there ever be a TV show?” has been the #1 question I’ve gotten at events almost from the beginning, and the answer is finally yes!

Not just “yes,” but “yes, AND I cannot believe the amazing team who are going to make this so great.”  I am so immensely thrilled and grateful that Ava DuVernay is our Queen of Dragons (I’m pretty sure that’s the official title).  Ava is someone who saves the world every day without waiting for any prophecy to tell her what to do.  I hope some of my dragons grow up to be just like her!

And I knew the minute I met our showrunners, Dan Milano and Christa Starr, that they are funny, kind, super-nerd kindred spirits who 100% understand what I’m trying to do with the books.  FanWings, you will love them, too!  In their talented hands, I have faith the TV show will fulfill the dreams of all the people who’ve asked me that question over the years.

When I started writing this series, I wanted to show that any dragon can be part of saving the world, no matter how shy or weird or prickly or overly enthusiastic they are.  I wanted the readers to feel that, too–that each of you is important and wonderful just as you are, and you can make a difference.

I cannot wait to go on this journey with this team and with you!