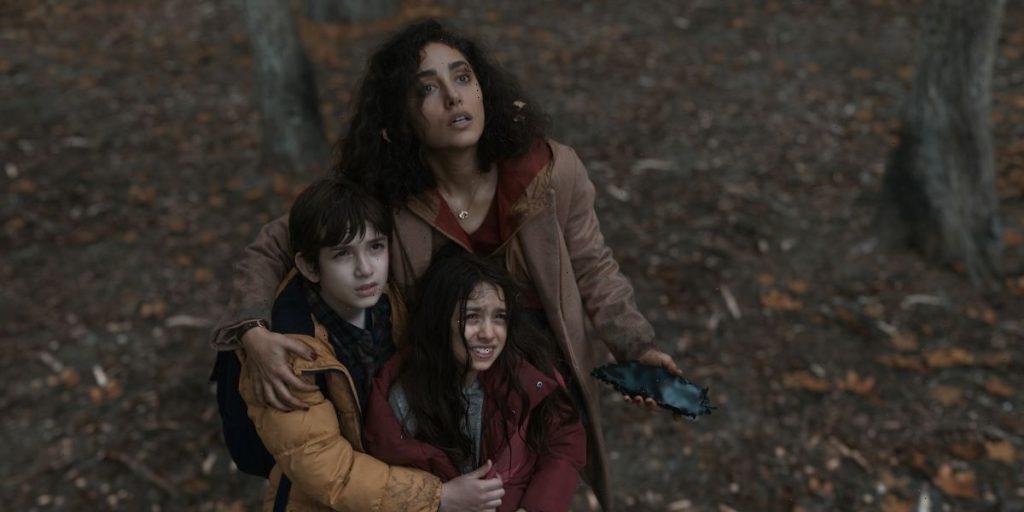 Invasion is nearing the end of its debut season on Apple TV+. The riveting drama has yet to answer some of its deepest mysteries. And it has many viewers wondering if the series will return for a second season.

They all come from different countries and backgrounds. But without knowing, each of them holds the key to understanding the aliens’ intentions and stopping them from killing everyone on Earth. The season finale, “Deaths All Over the World,”  hits Apple TV+ on Dec. 10.

Will there be an ‘Invasion’ Season 2?

Invasion has only been on for a few months. And as of now, Apple TV+ hasn’t announced any official renewal or cancellation news. But the series showrunner, Simon Kinberg, revealed that he wants the show to continue and knows where to take the story.

“I do have a sense of how many seasons I would like, and I do have it, I guess I would say mapped out,” he said in a recent interview with Screen Rant. “I mean, not a detailed map, but mapped out in terms of where I see the aliens going, where their plot goes, what they want, how they achieve it, what happens when they achieve it.”

But ultimately, Kinberg noted that the future of the series would depend on the ratings and audience demand. “Whether or not I get to tell all that is out of my hands,” he suggested. “And [it is] ultimately in the audience’s and Apple’s hands.”

The reviews have been mixed

If the future of Invasion depends on its reviews, then the show may be in trouble. The series has a critics score of 44 percent on Rotten Tomatoes and an audience score of 43 percent. The drama’s slow pace seems to have irked critics and viewers alike.

But on the other hand, in the final episodes, the show feels like it is starting to come together. And some viewers are beginning to appreciate its throughtful character development. Invasion’s slow build is reminiscent of Game of Thrones — another series that received negative reviews in its first season.

Other science fiction dramas on Apple TV+ like Foundation and See, have done well overall and received confirmed renewals before their premiere dates. So the fact that Apple TV+ hasn’t renewed Invasion doesn’t particularly bode well. Fans will just have to watch for renewal or cancellation news, which should be announced in the coming months.