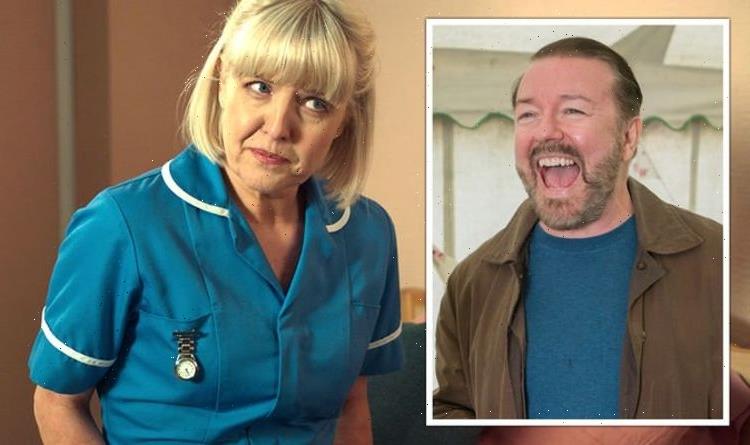 After Life is on Netflix now and fans were left feeling emotional after the poignant ending. Tony Johnson (played by Ricky Gervais) finally accepted the death of his wife and learned to be happy again. Fans are still keen to know whether he will return for a fourth outing.

Will there be a season 4 of After Life?

After Life season three was intended to be the final season, with Tony having turned his life around.

Throughout the series, he was guided by the spirit of his late wife as he learned to forgive the world for her loss.

In the final moments of the series, Tony was seen walking off into the distance with his wife and dog Brandy.

Comedian Gervais said the meaning behind the final scene was to express how “everybody dies, but not today”.

Sadly it seems as though there will not be a season four, at least not any time soon.

Gervais opened up about why he did not want to continue the series, admitting season three was going far enough.

Speaking to Radio Times he said: “I never really planned the third until it happened.

“I said to Netflix, ‘I’ll do a third if the second goes down a storm’, because you don’t want to do it for the sake of it. You want it to be demanded.”

He said it was the right time to end the series as it was a finite story with a definitive ending.

However, he said “never say never” when asked whether season four was a definite ‘no’.

He added: “At the moment, I’m 99 per cent sure this should be it. I don’t think I can top that ending.

“And it’s not the end. It’s there forever. It’ll always be around.”

Viewers are still waiting to find out what happened to some missing characters in season three.

Tony’s employee Sandy (Mandeep Dhillon) was absent from the final season, without an explanation.

Gervais later explained how as she was working on CSI: Vegas in the US, she was unable to commit to both projects.

Gervais said he had been unable to make contact with the comedian ahead of season three filming.

A fourth season could fill viewers in on Tony’s life after his revelation, and what happened to his friends.

However, the heartfelt ending of season three does seem like the perfect place to say goodbye.

Corryne said: “[Crying faces] when you see there isn’t going to be season 4 of #Afterlife.

“@rickygervais what about Emma and Tony there defo a spark there … So much more we need to know please re consider a 4th.” [Sic]

Megan said: “The only thing that has me crying more than the season 3 finale of #AfterLife is the fact that there will be no season 4.”

Stef added: “Just finished #AfterLife, from personal experience it was a cathartic adventure

“I just wish there was a season 4 as the end felt a bit abrupt.”

After Life seasons 1-3 are on Netflix now.